Traditional beer is made from water, yeast, hops, and wheat, rye, or barley. Obviously, the inclusion of these gluten-containing grains mean that traditional beer contains gluten.

As gluten-free diets are on the rise, the demand for a gluten-free option to traditional beer is high. Of course, manufacturers have been quick to respond with a large lineup of brews labeled gluten-free to capitalize on this demand.

Beer that is considered or labeled gluten free beer is made with gluten-free grains like sorghum, rice, and millet rather than wheat or barley. The process to make gluten-free beer is the same, but the ingredients are different.

Beer that is considered or labeled gluten-reduced beer is brewed like regular beer, with malted barley, wheat, rye, or other gluten-containing ingredients. It is then exposed to an enzyme during fermentation that acts as a filtration agent to remove some of the gluten from the final product.

The benefit that manufacturers tout is that this process results in a beer with less gluten that does not affect the beer’s flavor. Many manufacturers advertise that their gluten-removed or gluten-reduced beers contain less than the 20ppm limit. However, this process does not remove absolutely all gluten from beer, which is why it is legally not allowed to be labeled gluten-free.

What Beers are Gluten Free?

Gluten-reduced or gluten-removed beers do not remove all gluten from the final product, making them unsafe for those with celiac disease or non-celiac gluten sensitivity (NCGS).

Gluten-free beer is brewed with grains that are commonly used as gluten-free substitutes, including rice, millet, and sorghum. Although these grains are considered gluten-free by food labeling standards, they still contain different forms of gluten proteins that have been shown to contribute to persistent health issues for those with celiac disease and NCGS. These proteins include the following:

Therefore, no matter how it is labeled, Gluten Free Society recommends avoiding any beer, or any alcohol for that matter, that is derived from grain.

Rather than consuming so-called gluten-free beer, opt for naturally gluten-free options made from fermented fruits, vegetables, or other plants (e.g., agave or sugarcane). These include the following: 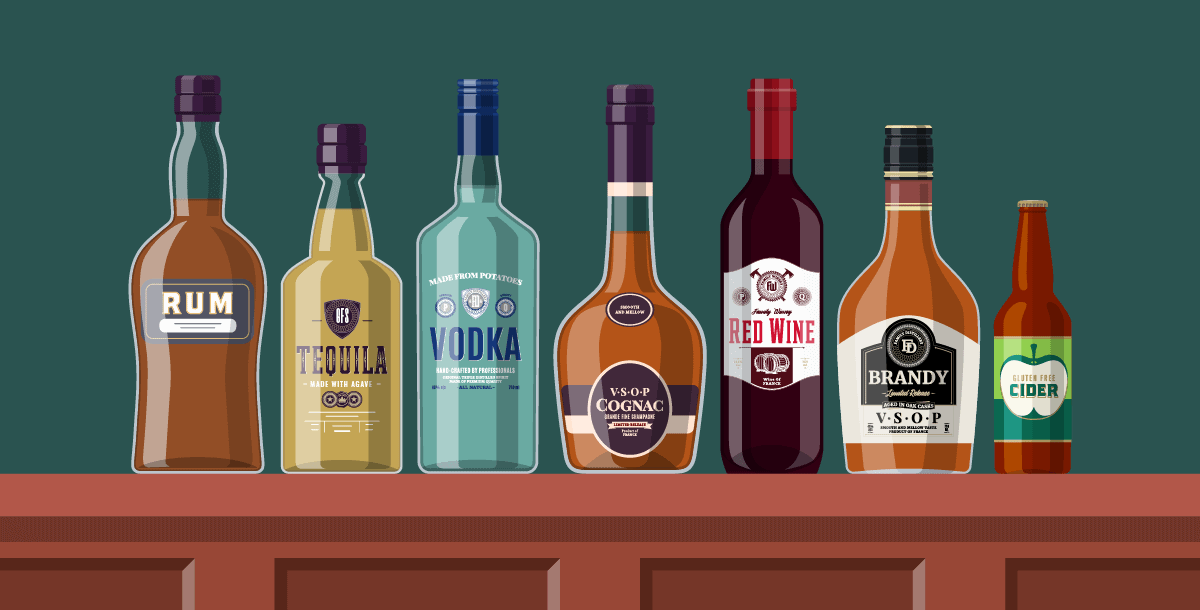 Just as with food sourcing, be particular in selecting alcoholic beverages. Alcoholic beverages made with poor ingredients or questionable processing techniques are often contaminated with mycotoxins, glyphosate, or other pesticide residues. Selecting high-quality organic varieties of gluten-free alcoholic beverages will help reduce your exposure to other detrimental additives and toxins.

Of course, all alcohol should be consumed in moderation. No matter how high the quality of the alcohol is, alcohol is still a toxin and is irritating to the gut and liver. And keep in mind that one of the side effects of years of gluten exposure can be liver damage. So if you are working to heal other underlying health conditions, like liver damage, intestinal permeability ,or leaky gut, I recommend avoiding alcohol altogether while addressing any root cause concerns. .

It can be hard to give up familiar and favorite foods and drinks, but remember, it’s all in the name of improving your health and longevity. Once foods and drinks that are irritating your intestines and contributing to a cascade of problems throughout the body are removed, your body will have a chance to heal and repair. Remember, optimal health, energy, and longevity are worth far more than one beer. And if you need to get better clarity on gluten. Check out our master list of foods to avoid on a gluten free diet.