I recently sat down with Dr. Seneff from MIT to discuss the potential dangers associated with exposure to the chemical glyphosate (also known as round up). This chemical is one of the most commonly used herbicides (weed killers) in the U.S. It is used primarily on genetically modified “Roundup Ready” crops like corn, soy, canola, sorghum, alfalfa, and cotton, but is also being used on sugar cane and coffee crops. 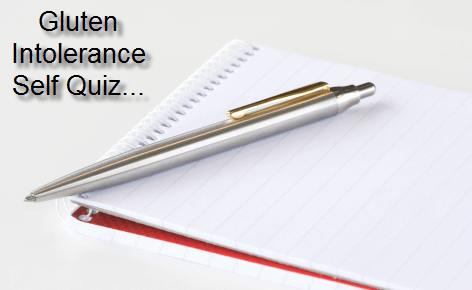 Dr. Osborne: Hi. This is Dr. Peter Osborne with Gluten-free Society and today I have a very special guest on the phone with me, Dr. Stephanie Seneff of MIT. Dr. Seneff, thank you so much for being present today and taking the time out of your busy schedule to speak with us.

Dr. Osborne: Would you introduce yourself and just tell everyone what your background is and what your education is?

Over the past seven years, I’ve been transitioning more to the biology side again, returning to the past, in a sense. I’ve become really passionately interested in trying to understand what’s causing all of the problems that we’re seeing today in our health. I’m convinced that there are major environmental toxins that are making us sick, and I need to identify which ones they are. I’ve been systematically studying that for the last seven years and really gained a lot of insight and understanding about what’s happening, and now the question is how to fix it, I think.

I’ve published several papers in the last few years in biology and medicine, with co-authors, collaborated with a number of people in this space of the role of environmental toxins in modern diseases.

Dr. Osborne: Your recent paper, Interdisciplinary Toxicology, co-authored with Anthony Sampsell, was what actually turned me on to some of your work and theories around Roundup, the chemical that is prominently being used on many of our crops. Can you talk a little bit about Roundup and talk about its use and how that’s increased? Let’s go into how you found the correlation between its use and the increased incidence of gluten reactivity.

Dr. Seneff: It’s quite amazing. I mean, when you start looking you see that among all the chemicals that are used in growing our crops today, Roundup stands out as one whose usage rates have gone up alarmingly in the last ten years, directly in step with the alarming increase in a number of diseases, one of which is Celiac Disease, which seems to have just appeared out of nowhere. I don’t remember even knowing the word a few years back, and now you’ve got the gluten free section in every grocery store in the country, basically. It’s just come out of nowhere.

Interesting thing is that wheat, of course wheat has been changed through the years. They’ve done a lot of genetic modifications of the wheat. It’s not the same as the heritage wheat was the in past, but I don’t think that’s the key problem. The problem, I think, is that the glyphosate in Roundup, glyphosate is the active ingredient in Roundup, is being sprayed on the wheat increasingly right before the harvest.

Just a few days before the harvest, they spray the wheat with Roundup intentionally, in order to kill it. Wheat is not Roundup Ready. There are many crops that are GMO modified to be Roundup Ready, meaning that they don’t die if they’re exposed to this toxic chemical. Almost all plants die. Glyphosate is a universal herbicide, which is why people find it attractive, and it’s considered to be nontoxic, so farmers think it’s a good choice.

Unfortunately, that is wrong. That is an incorrect assumption, from what I’ve seen. I mean, the research that’s been done already, there are a lot of papers that we’ve quoted and referenced in our paper, showing that the idea that glyphosate is nontoxic is simply not true.

We think the wheat gluten actually binds to the glyphosate and that disrupts the process that usually happens in the digestive system that would make it into a nontoxic form. That chemical process gets disrupted by the glyphosate, and then the gluten becomes something that the body becomes allergic to. That is what causes the cascade that leads to celiac disease.

Dr. Osborne: What you’re saying, then–I want to put it into very laymen’s terms for some of our listeners–is that the glyphosate being sprayed on the wheat binds to the wheat and basically increases its toxicity or makes it more toxic. Or are you saying that the wheat–

Dr. Seneff: It makes it allergenic.

Dr. Osborne: I’ve read some papers, and some of the things you’ve mentioned in your research are the effect on transglutaminases. I’ve read some papers on adding microbial transglutaminases to dairy products and how that increases the allergenicity of dairy, because it unfolds proteins in the dairy that actually look very similar to gluten and therefore increase that reaction.

Dr. Seneff: That’s very interesting. I didn’t know that, actually. That’s something new to me. I guess–

Dr. Osborne: I’ll have to send you that.

21 thoughts on “Does the chemical glyphosate (Roundup) mimic gluten sensitivity?”