The Many Heads of Gluten Sensitivity

Unfortunately, today most people do not understand the difference between gluten sensitivity and celiac disease. As a matter of fact, this is one of the reasons why so many patients fail to get properly diagnosed. Lab tests have traditionally focused on diagnosing celiac disease. This has created a proverbial No Man’s Land for those patients who react to gluten differently. Because the labs come back negative for them, they are told to continue the consumption of grains, and they are told not to worry about gluten because they don’t have celiac disease.

As much as I love the work being done by Dr. Fasano at the University of Maryland (Now Harvard), I have to take offense at the following quote from from Fox News’ interpretation of the study:

Unlike celiac disease, gluten sensitivity is not associated with these serious conditions (referring to – autoimmune, cancer, osteoporosis, infertility, and neurological disease). Common symptoms of gluten sensitivity include abdominal pain similar to irritable bowel syndrome, fatigue, headaches, “foggy mind” or tingling of the extremities.

I have personally interviewed many colleagues who share similar experiences with gluten sensitivity. So the question I have to ask is – Why does the media try to minimize the symptoms and diseases associated with non celiac gluten sensitivity?

Dr. Fasano’s Explanation of What Happens to Those Who Eat Gluten:

“Imagine gluten ingestion on a spectrum. At one end, you have people with celiac disease, who cannot tolerate one crumb of gluten in their diet. At the other end, you have the lucky people who can eat pizza, beer, pasta and cookies—and have no ill effects whatsoever. In the middle, there is this murky area of gluten reactions, including gluten sensitivity. This is where we are looking for answers about how to best diagnose and treat this recently identified group of gluten-sensitive individuals.”

Dr. Peter Osborne’s Explanation Can be Summarized in two Images – 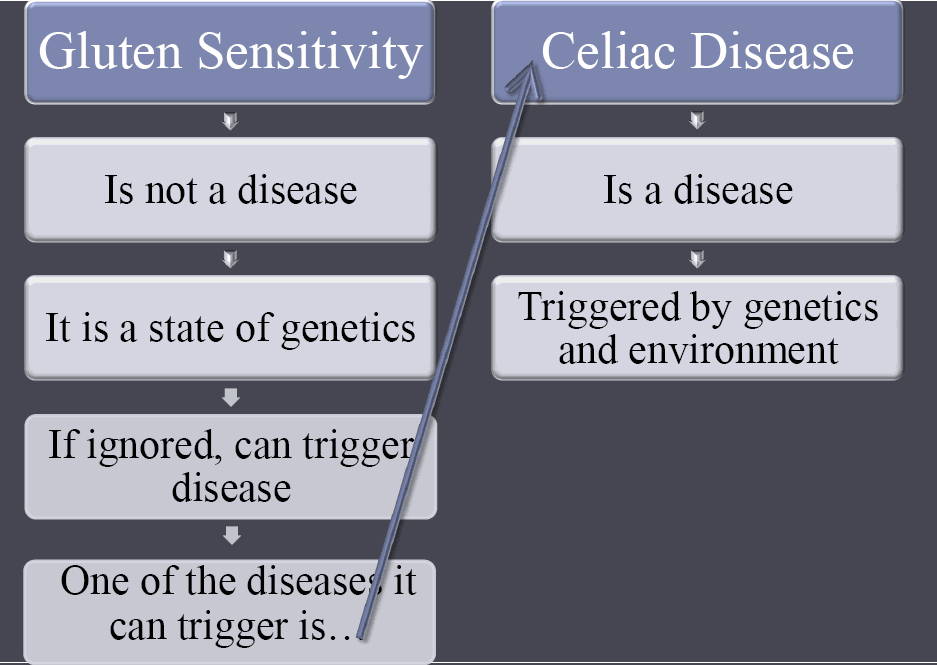 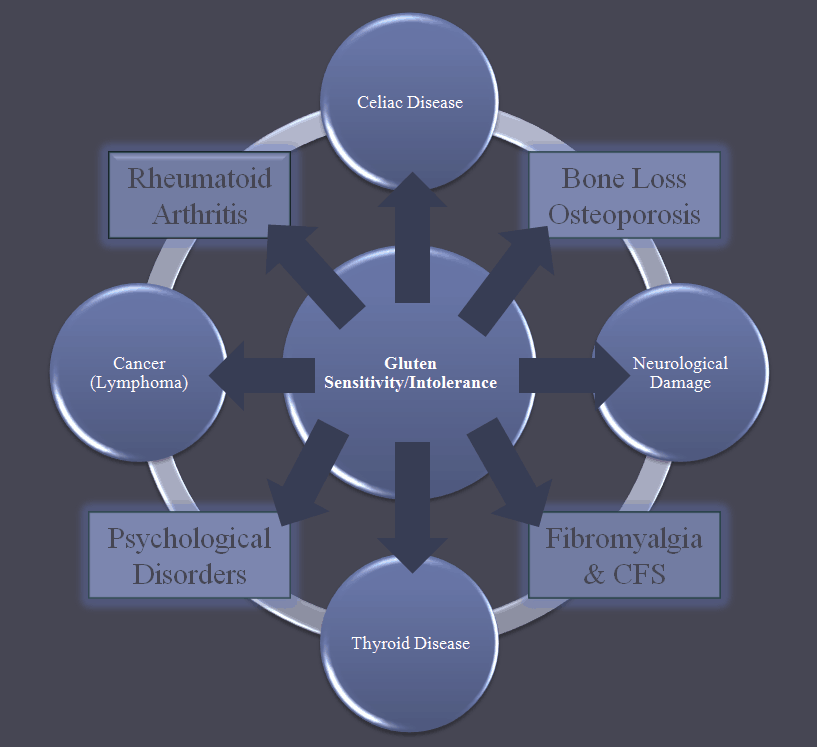 All that being said, Thank you Dr. Fasano, et al. for taking on such a complex issue. The work your team is doing continues to discover new elements of this perplexing process thus allowing clinicians across the country to provide more up to date treatment and education of patients.

Now That the Proverbial Cat is out of the Bag, Why all the Previous Confusion? 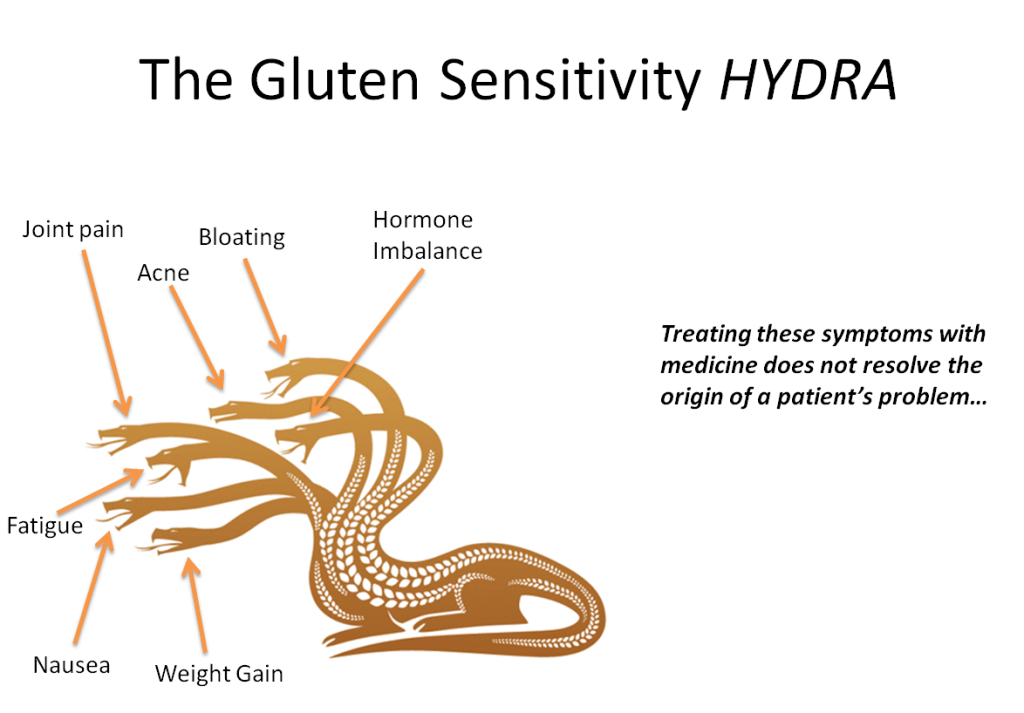 Gluten sensitivity manifests in hundreds of different ways. It has been called a multi headed HYDRA of disease. Each head representing a different symptom or disease. (For those of you who don’t know what a Hydra is – look at the picture above) Drugs are typically used to treat the symptoms of gluten induced disease, but unfortunately, they do not correct the core of the problem. So for every symptom a medication is used to treat, several new symptoms arise. (a Hydra will sprout two new heads for every head lost) Thus a person goes undiagnosed for years because doctors are chasing symptoms instead of addressing their root cause.

Because some research has shown that as many as 40% of all Americans may be gluten sensitive, and that 1 in 100 have a severe form of this sensitivity causing the the autoimmune intestinal disease, celiac sprue, a case can be made that everyone in America should be screened for gluten sensitivity.

However, there are people with various risk factors or diseases that are at greater risk of having gluten sensitivity who should undoubtedly be tested.

42 thoughts on “The Many Heads of Gluten Sensitivity”