In this 1978 Study, corn antibodies were found in patients with celiac disease, crohn’s disease, and ulcerative colitis (see table 1).

“It is of interest that patients with coeliac disease on a gluten-free diet had a lower incidence of wheat, but not of maize, antibodies when compared with those patients not on a diet.”

The authors go on to state that the corn reaction most likely has to do with the development of leaky gut syndrome in patients with inflammatory bowel disease. 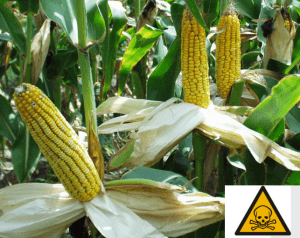 Corn (maize) has gluten in it.

Many argue that corn gluten is different than the glutens found in wheat, barley, and rye. The basis of this argument serves to perpetuate massive corn consumption by those diagnosed with celiac disease. As shown in the above study, almost half of the celiacs reacted to corn whether they were on a traditionally defined “gluten free” diet or not. Which half are you in?

Also of note: The above study shows that patient’s with Crohn’s disease and ulcerative colitis also have a higher antibody reactions to corn compared to controls. This brings up some very important questions:

15 thoughts on “Corn Antibodies in Celiac, Crohn’s, and Ulcerative Colitis”