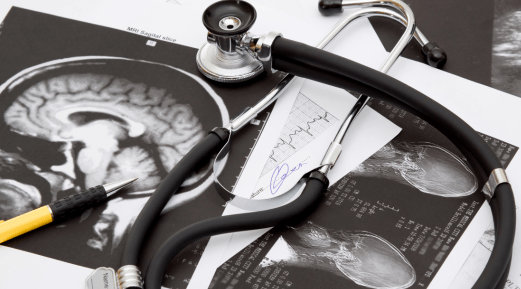 The following research study demonstrates one of the brain altering effects of gluten. In this case, a compound in gluten acts as an opioid chemical that leads to the excessive excretion of the neuro hormone, Prolactin.

Gluten exorphin B5 (GE-B5) is a food-derived opioid peptide identified in digests of wheat gluten. We have recently shown that GE-B5 stimulates prolactin (PRL) secretion…Since opioid peptides do not exert their effect on PRL secretion directly, but via a reduced dopaminergic tone, our data suggest that GE-B5 can modify brain neurotransmitter release without crossing the BBB.

Symptoms of elevated prolactin are variable but can include:

In my personal clinical experience treating gluten sensitivity, I have seen numerous patients be able to stop taking medications such as cabergoline to reduce excessive prolactin levels after going on a TRUE gluten free diet. That being said, ruling out gluten sensitivity should be a primary concern for endocrinologists treating patients with hyperprolactinemia (elevated prolactin levels).