Gluten a Cause of Mental Disease 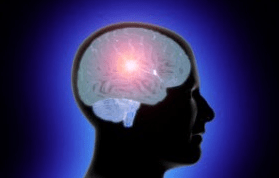 Statistics on mental disorders in the U.S. are higher than what one would imagine. One in four adults suffer from a mental disorder in a given year, affecting over 57 million people! About 6% are suffering from a serious mental disorder.

Mental disorders aren’t only found in the U.S., but also worldwide. Other countries are just as concerned as we are about the problem.

Iranian scientists were determined to find out the cause or contributing factors of psychotic disorders, especially schizophrenia. They studied the effects of diet on 24 patients at a psych ward at Alborz Hospital in Karaj, Iran. These patients weren’t just mild-mannered patients with an occasional psychotic outburst; they were the worst of the worst, found in the ward that had to have maximum security.

Researchers gave the patients a gluten-free diet versus a diet that contained gluten over a period of 14 weeks. They rated their psychotic behavior at different times during the study.

Gluten is a mixture of proteins found in all grains. It is composed of two primary subfractions: prolamines and glutelins. Prolamines are glutens. Even rice still contains a low percentage of gluten (5%). Oats contains 16%. Corn contains 55% gluten from the prolamine called zien.

If the study diet was analyzed using the above as a basis, the diet given to the patients in the psych ward would not really have been gluten-free. It would have been one with a lower amount of gluten from wheat, barley and rye, but not truly gluten-free.

A true gluten-free diet would eliminate ALL grains.

The fact that 2 of the 24 patients improved significantly on a diet that was lower in gluten and worsened with a high gluten diet was re-introduced is hope for many more patients to have significant improvement.

The best thing for researchers to do at this point is to re-analyze the study diet that was used, and re-run the study with new participants. It’s entirely possible that the results can change lives; some of the patients may have their mental symptoms lessened so much that they could need less medication.

10 thoughts on “Gluten a Cause of Mental Disease”