Manganese – A Mineral You Should Not Ignore

You may not hear much about manganese when it comes to your diet and health. But it’s a mineral you should not ignore. Like most vitamins and minerals, you can’t live without it. So let’s explore the many roles of MN. And discuss how gluten can cause a deficiency as well as the best MN-rich foods to add to your plate. 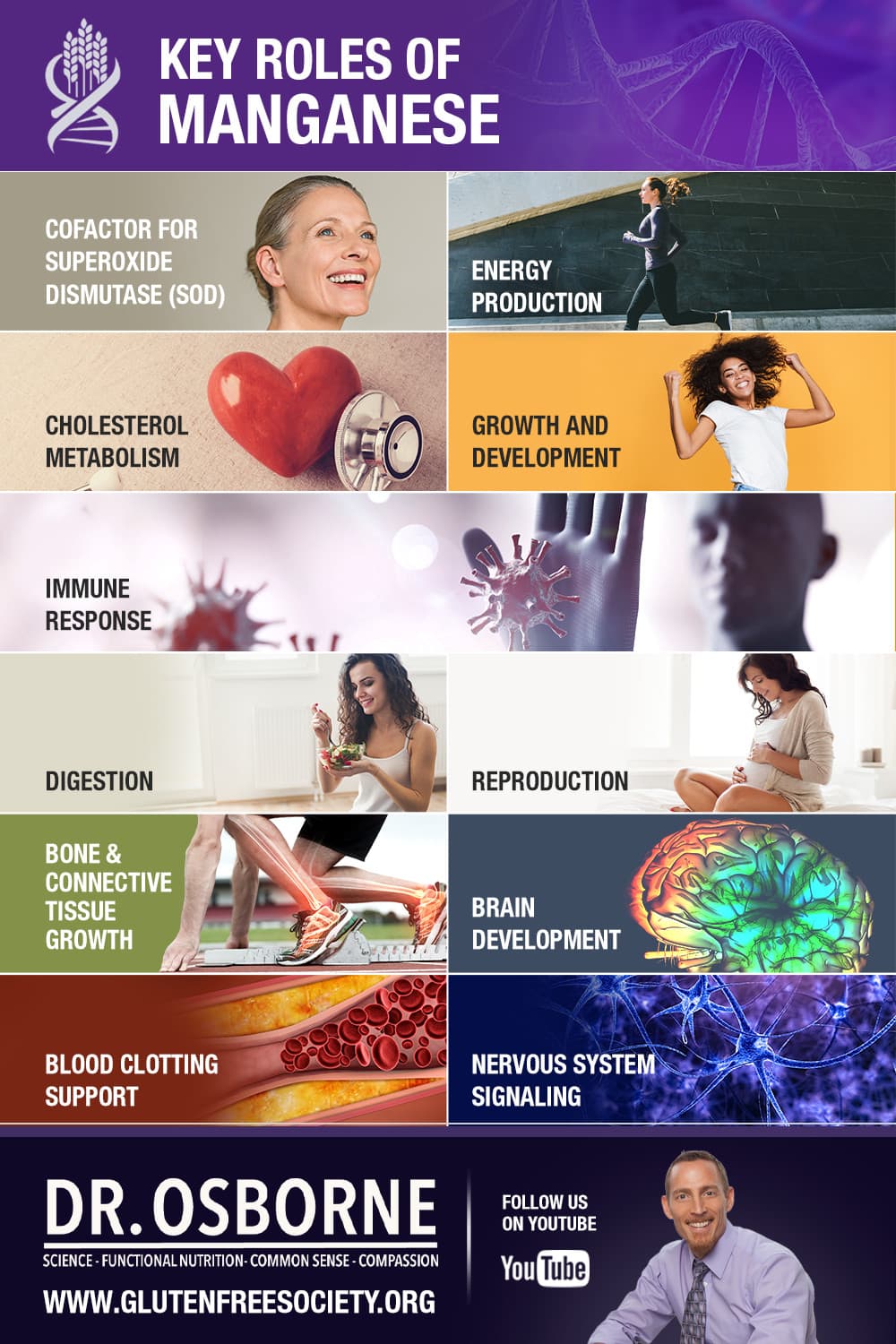 Like many minerals, manganese (MN) is a cofactor for many enzymes. One, in particular, is superoxide dismutase (SOD), which is a part of your body’s antioxidant defense system. Thus, MN is needed to help SOD neutralize free radicals, reduce inflammation, and prevent oxidative stress. Without it, the aging process speeds up and increases your risk for disease.

Other enzymes that manganese supports are involved in a variety of vital functions, which include:

So while your body only needs trace amounts of MN to support all these functions, a deficiency can have serious consequences.

Nutrient deficiencies are common among those with gluten sensitivity. Because gluten irritates and damages the lining of your gut. It activates your immune system, which causes chronic inflammation. And these things make it impossible to properly digest your food and absorb nutrients. Plus, gluten often causes diarrhea, which further promotes nutrient loss.

Glyphosate is also an issue. It’s an herbicide that’s generously used to grow many plant foods, including gluten-containing grains like wheat and corn. One of the many problems with this chemical is that it prevents plants from absorbing manganese from the soil. This means that plants grown with glyphosate may contain less MN than expected, which may lead to deficiencies. 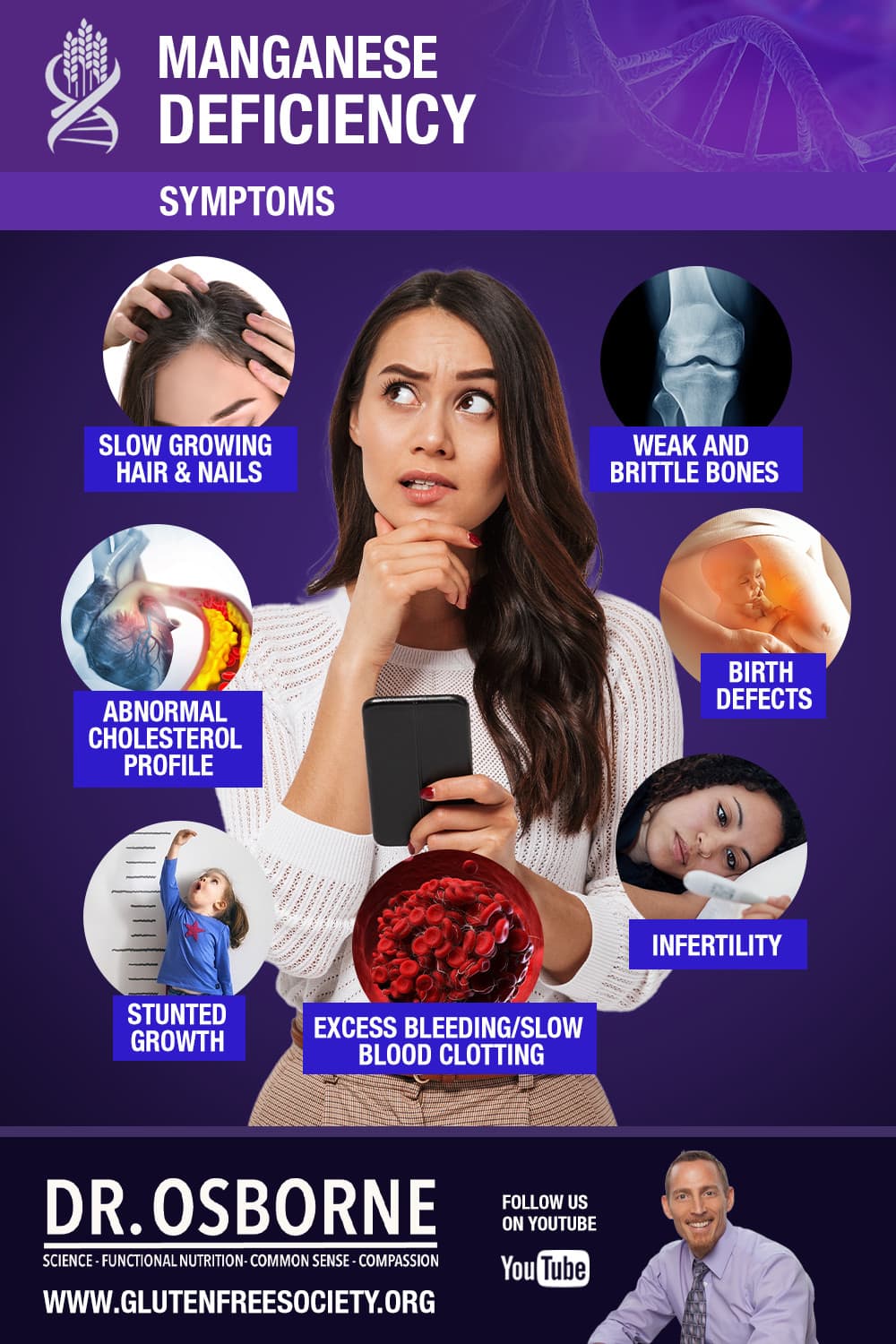 Symptoms of a manganese deficiency to look out for include:

In addition, several diseases have been associated with a manganese deficiency, such as: 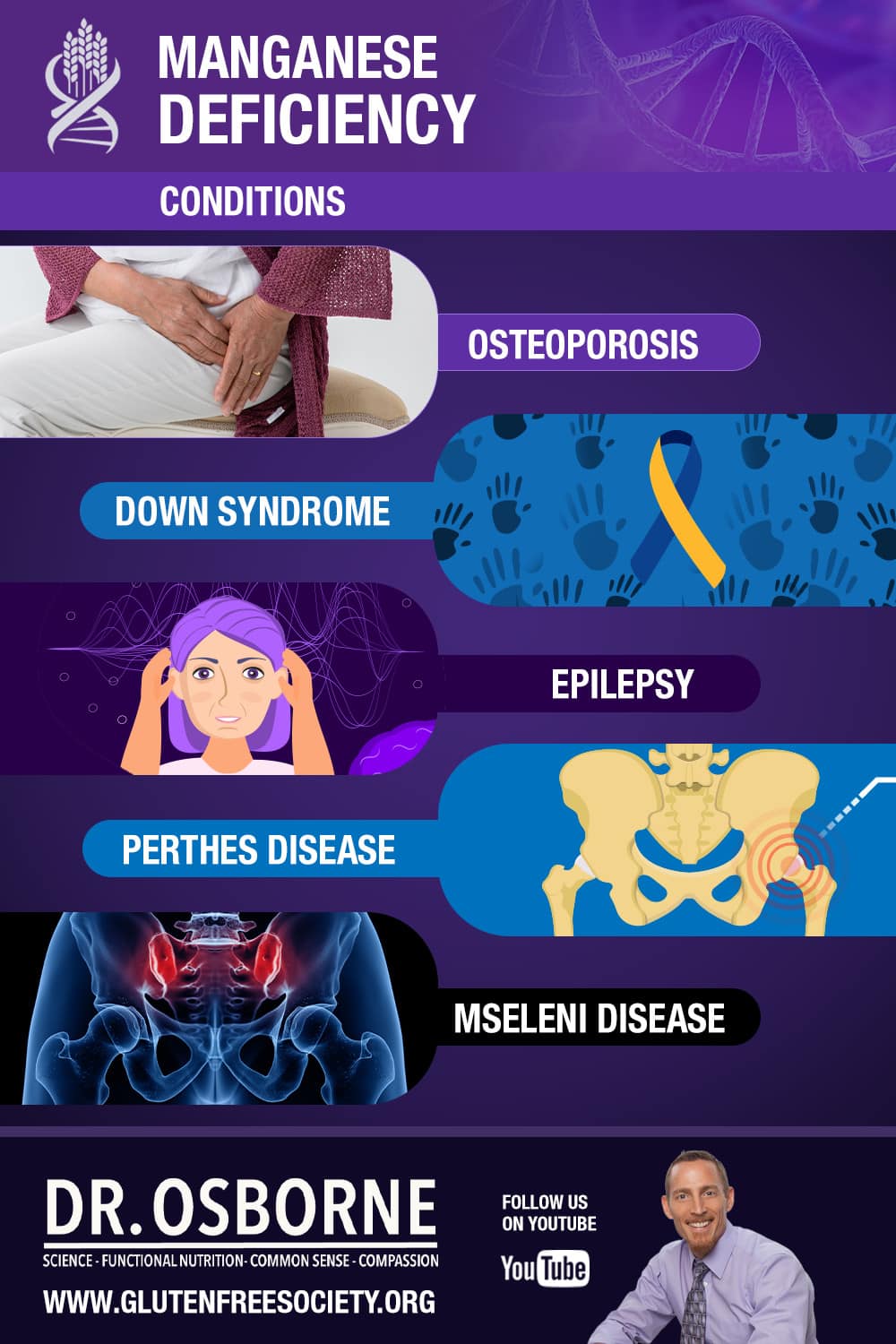 It’s also worth noting that since manganese plays an important role in your body’s antioxidant defense system, a deficiency may increase your risk of many diseases triggered by oxidative stress. Thus, evidence suggests that an MN deficiency may also contribute to the development of type 2 diabetes, obesity, and heart disease.

As previously mentioned, you won’t find much manganese in processed foods. However, manganese is found in a wide variety of delicious and easy to find whole foods. Some of my favorites include: 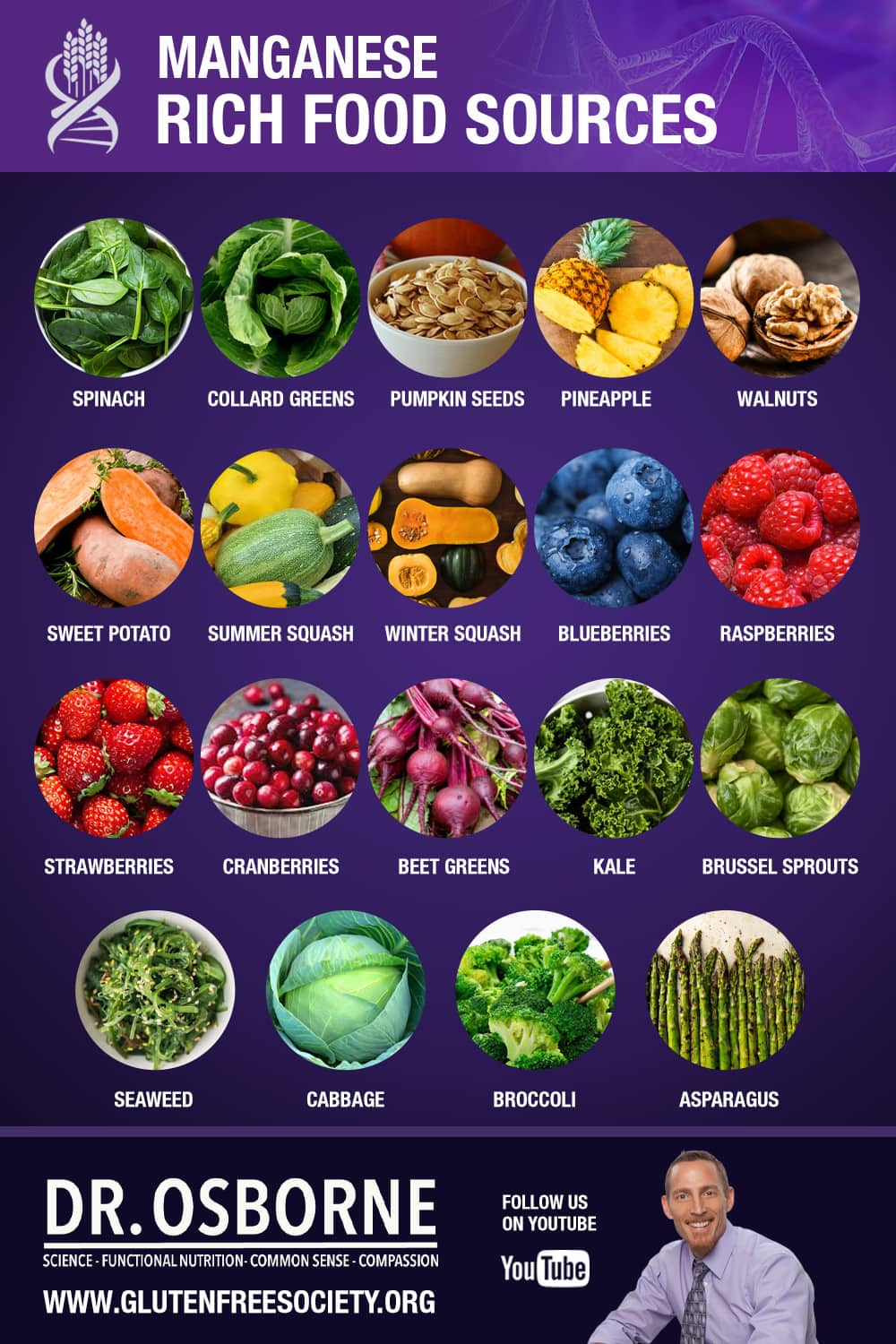 Herbs and spices, such as garlic, cinnamon, and turmeric, are also good sources of manganese.

Organically grown foods are best whenever possible. Because they’re not grown with glyphosate, which may reduce a food’s manganese content as mentioned above.

Now, like other metal minerals, too much manganese isn’t a good thing. Therefore, caution must be taken when supplementing. In the meantime, add the foods listed above to your diet. And if gluten sensitivity is an issue for you, a gluten-free diet is also a must.

Below are some delicious recipes with manganese-rich foods to get you started:

3 thoughts on “Manganese – A Mineral You Should Not Ignore”