Impact of Antibiotics on the Gut

Antibiotics and the increased risk of gluten sensitivity and celiac disease

Antibiotics can be a controversial topic. While they can help tremendously for some specific infections in the body, they can also wreak havoc in the gut and beyond when overused or misused.

But how far can their damage go? Can they really increase the risk of developing gluten sensitivity and celiac disease? The short answer is yes, but it’s not that simple. To understand the relationship between the two, we first need to take a look at how antibiotics impact the gut and how this can lead to complications and allergies down the road.

How Antibiotics Impact the Gut

As we discussed previously, this dysbiosis can also contribute to Candida overgrowth in the gut. When this happens, a protein produced by Candida can mimic gluten and cause a reaction in the body. 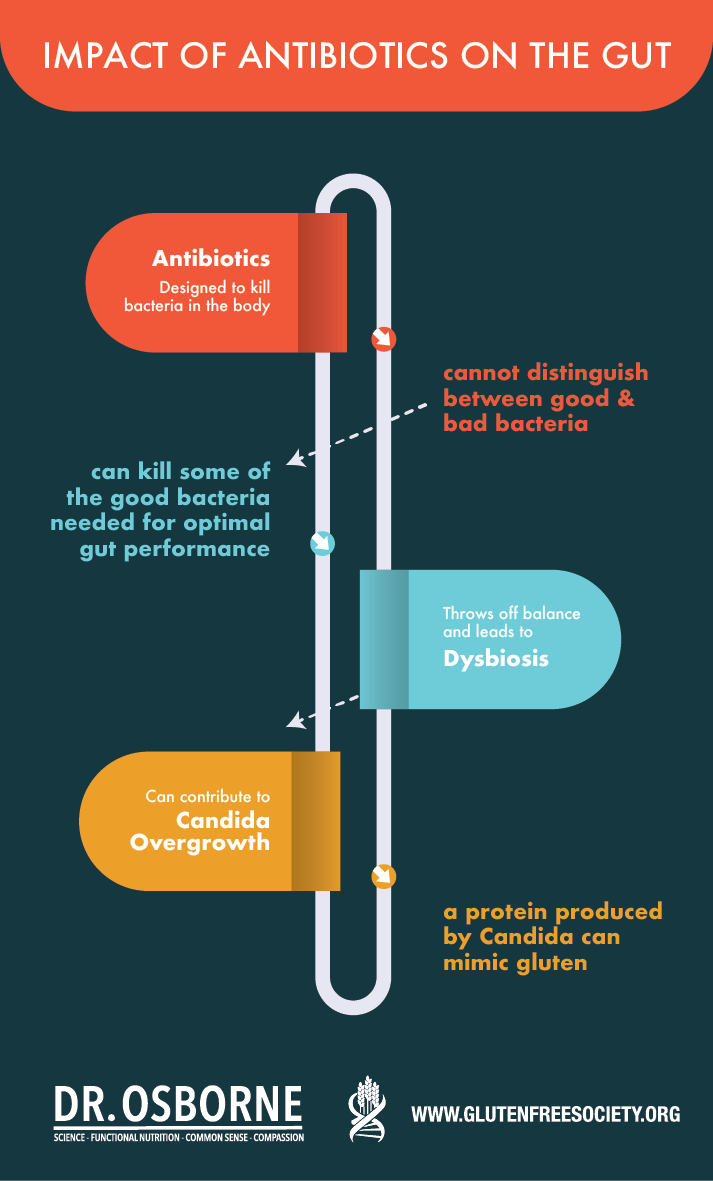 How gut dysbiosis can increase the risk for childhood allergies

So what sort of impact does gut dysbiosis have on the body as it relates to gluten? Well, it turns out that several studies have identified a connection.

A review of 206 studies around gut microbiota and celiac disease concluded that the induction of the intestinal immune system and gluten intolerance may be influenced by the relative abundance of certain microbiota. Specifically, the dysbiosis induced by antibiotics was characterized by an increase in the relative amounts of gram negative bacterial genera such as Bacteroides, Prevotella, and Escherichia, and reduced amounts of protective anti-inflammatory bacteria such as Bifidobacteria and Lactobacilli.

The analysis also concluded that antibiotic use in infancy and certain infant feeding practices may lead to alterations in the developing gut microbiota to influence the immune maturation process and predispose a child to celiac disease.

A meta-analysis of 19 observational studies showed that infection and antibiotic exposure in infancy was associated with an increased risk of celiac disease later in life. The study did not find any relationship between the type or timing of exposure or of the site of infection.

In both of these studies, the positive correlation between infection and antibiotics and celiac disease may not indicate causation, but the relationship was strong enough in both cases to warrant further research. As many infants are treated for common concerns like ear infections and upper respiratory infections, it’s worth exploring how we might help them avoid a celiac diagnosis later in life. 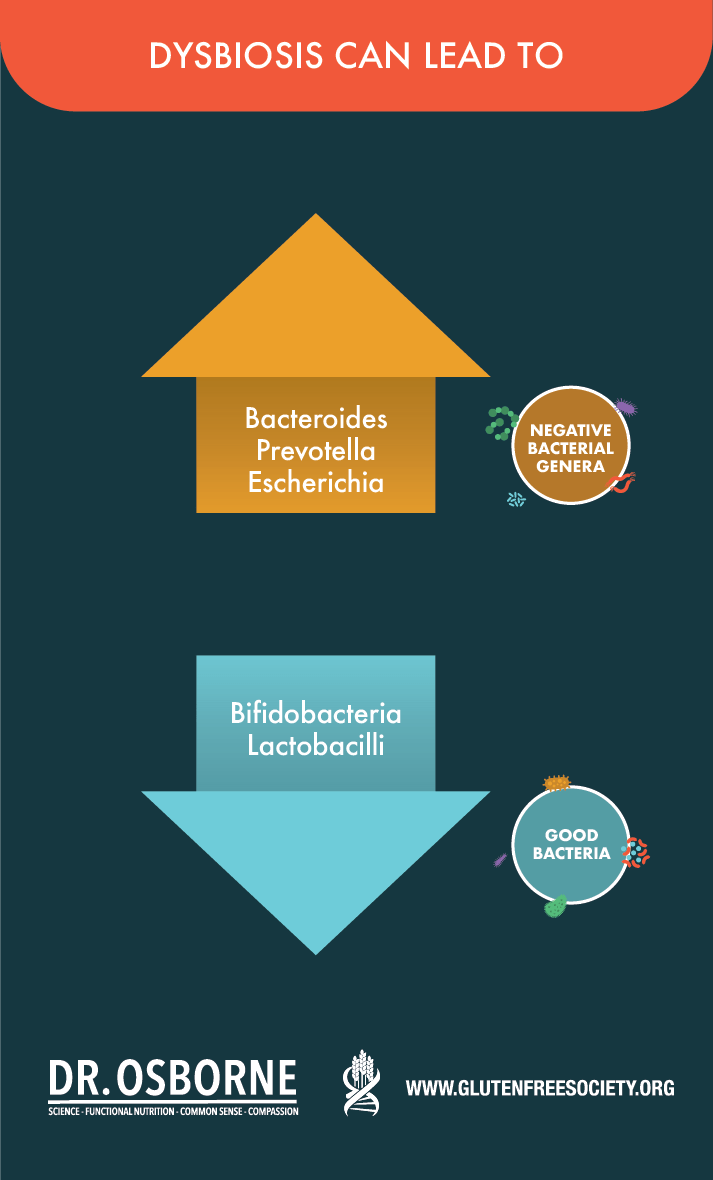 The Case for Probiotics

So how can we help avoid a celiac diagnosis later in life? Well, just as antibiotics can throw off the balance of good and bad bacteria in the gut to promote dysbiosis and celiac disease, we can influence that balance by introducing more good bacteria into the gut.

How do we do that? Probiotics.

Comprehensive literature analysis has shown that the gut microbiota has a well-established role in gluten metabolism, modulating the immune response, regulating the permeability of the intestinal barrier, breaking down gluten proteins, and decreasing gastrointestinal discomfort. Therefore, probiotic supplementation is a promising potential treatment against the dysbiosis that may lead to celiac disease. However, human trials on the topic are still limited, and few conclusions can be made around specific strains that may be of particular benefit.

It’s also important to note that research shows that probiotic deficiencies are common in those with celiac disease and gluten sensitivity. Studies have demonstrated that certain Lactobacillus and Bifidobacterial strains are consistently low in those diagnosed with celiac disease compared with non-celiac populations.

While antibiotics can contribute to dysbiosis in the gut, they are sometimes necessary to treat an infection that isn’t resolved and mediated by your own immune system. In other words, the connection between antibiotics and celiac disease is not intended to scare you away from taking an antibiotic should you need one. Instead, I hope to empower you with information so that you can approach the decision to take an antibiotic with intelligent discrimination. And if you do have to take an antibiotic, I hope you consider adding a high quality probiotic supplement for yourself or your children to your routine.

These are some of the great probiotic options offered through the gluten free society:

Watch Dr. Osborne speak live on this topic below:

2 thoughts on “Impact of Antibiotics on the Gut”