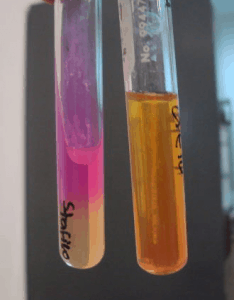 Reports from our clinical laboratory database show that 75% of children <2 years old tested for celiac serology who were found positive for deamidated gliadin peptide (DGP) antibodies had negative results for tissue transglutaminase IgA. DGP levels were shown to decline and disappear without a gluten-free diet. This observation questions DGP’s specificity for diagnosis of celiac disease.

Here we go again. One more study confirming the inaccuracies of traditional lab testing to identify problems with gluten. It is well established that the intestinal biopsy used to diagnosis celiac disease is extremely flawed and inaccurate. Most physicians order anti tissue transglutaminase and anti gliadin antibody testing to assist in the diagnosis. This recent study points out more flaws in lab tests used to identify a reaction to gluten in patients. Part of the problem has to do with the fact that these labs typically only look at one type of gluten. There are thousands of different gluten proteins. As a matter of fact, recent research identified 400 new gluten proteins.

This is just another reason why using genetic testing (HLA-DQ genes) to identify gluten sensitivity is far superior. If you have had lab results or biopsy results that were inconclusive and need an definitive answer, it is recommended that you have genetic testing done.

If you are still confused on this issue, I highly recommend that you watch and read this post on the difference between gluten sensitivity, celiac disease, and proper lab testing <<<