Can Gluten Cause Anemia?

Can Gluten Cause Anemia?

Iron deficiency anemia is one of the most common nutritional deficiencies found in undiagnosed or newly diagnosed celiac disease patients. This might raise some questions about the relationship between the two conditions. Can gluten cause iron deficiency anemia? And can a gluten-free diet cure anemia? These questions and more will be answered in this article.

Anemia is a condition in which the body has a lower-than-normal number of red blood cells or quantity of hemoglobin. Because red blood cells carry oxygen, this leads to the lack of ability to deliver oxygen to parts of the body. Without oxygen reaching tissues in the body, energy cannot be generated and the body will fail to function, repair, heal and generally maintain itself. 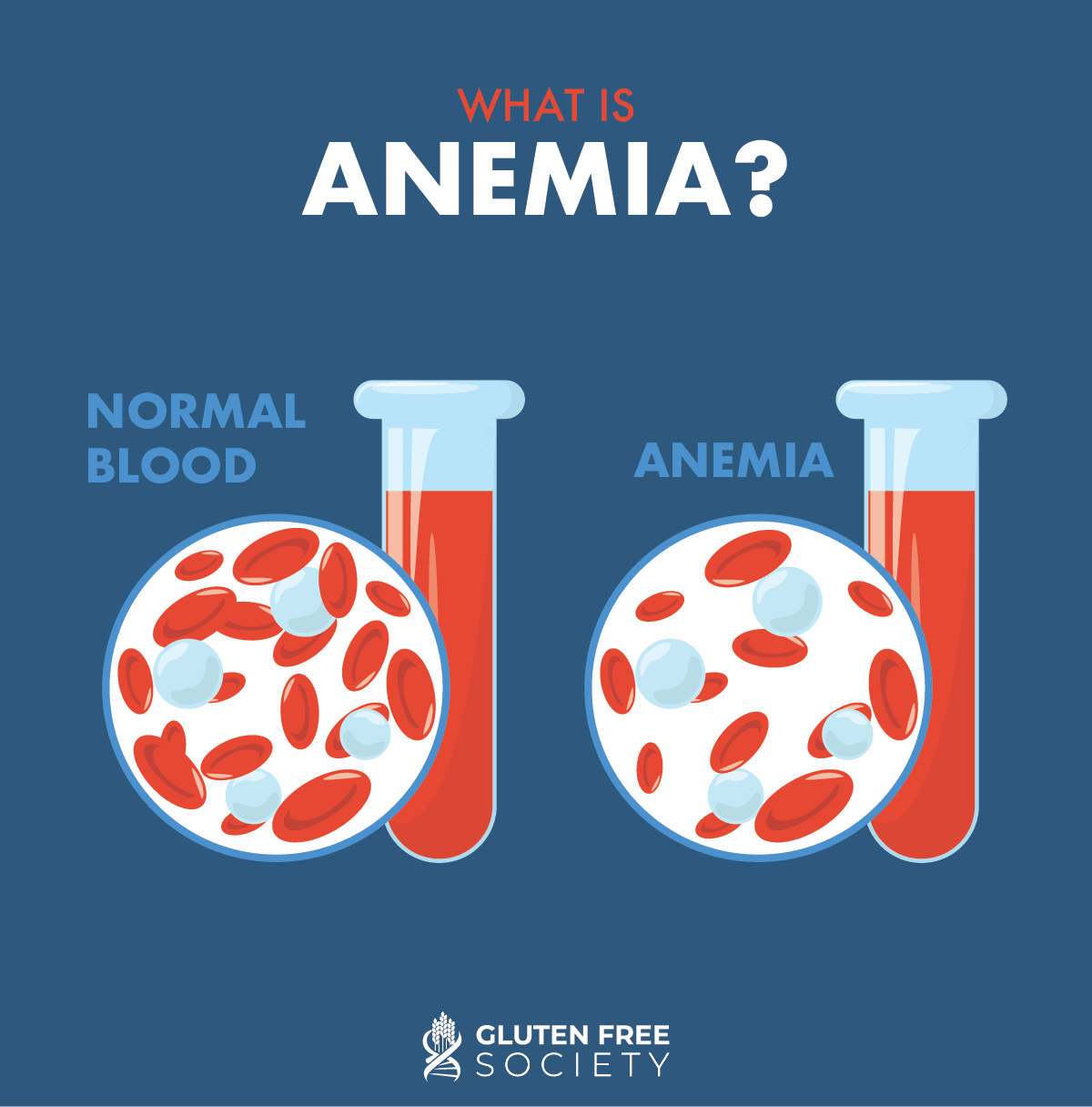 What are the symptoms of Anemia?

Anemia can cause a variety of symptoms, all generally related to the fact that not enough oxygen is reaching the tissues in the body. 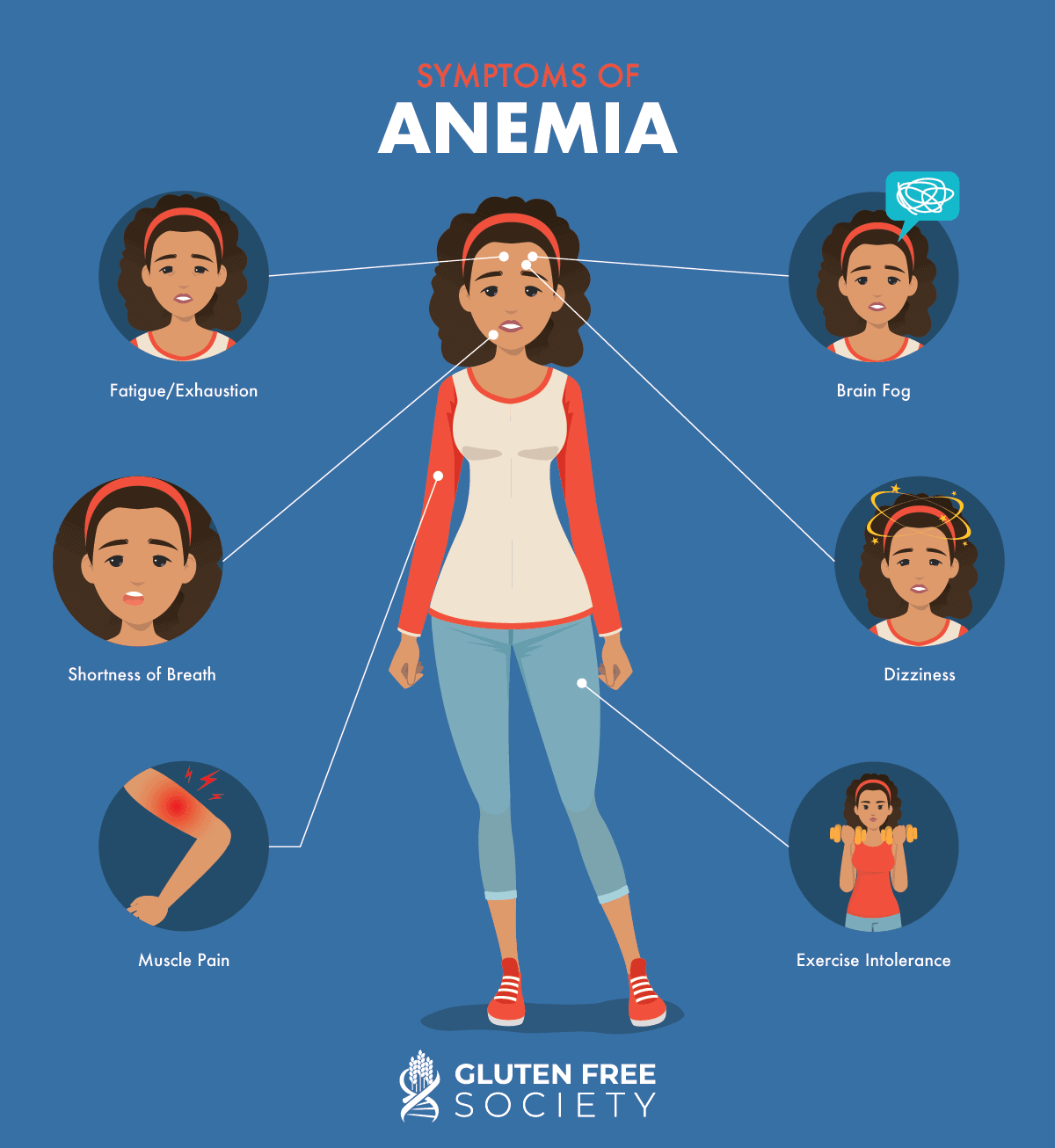 It’s important to note that these symptoms are similar to those of an underactive thyroid (hypothyroidism). Patients are often misdiagnosed or led down the wrong path of testing and treatment if both conditions are not explored. If you’re experiencing these symptoms, advocate for yourself by asking questions about testing for both conditions.

Anemia can be caused by a number of different factors: 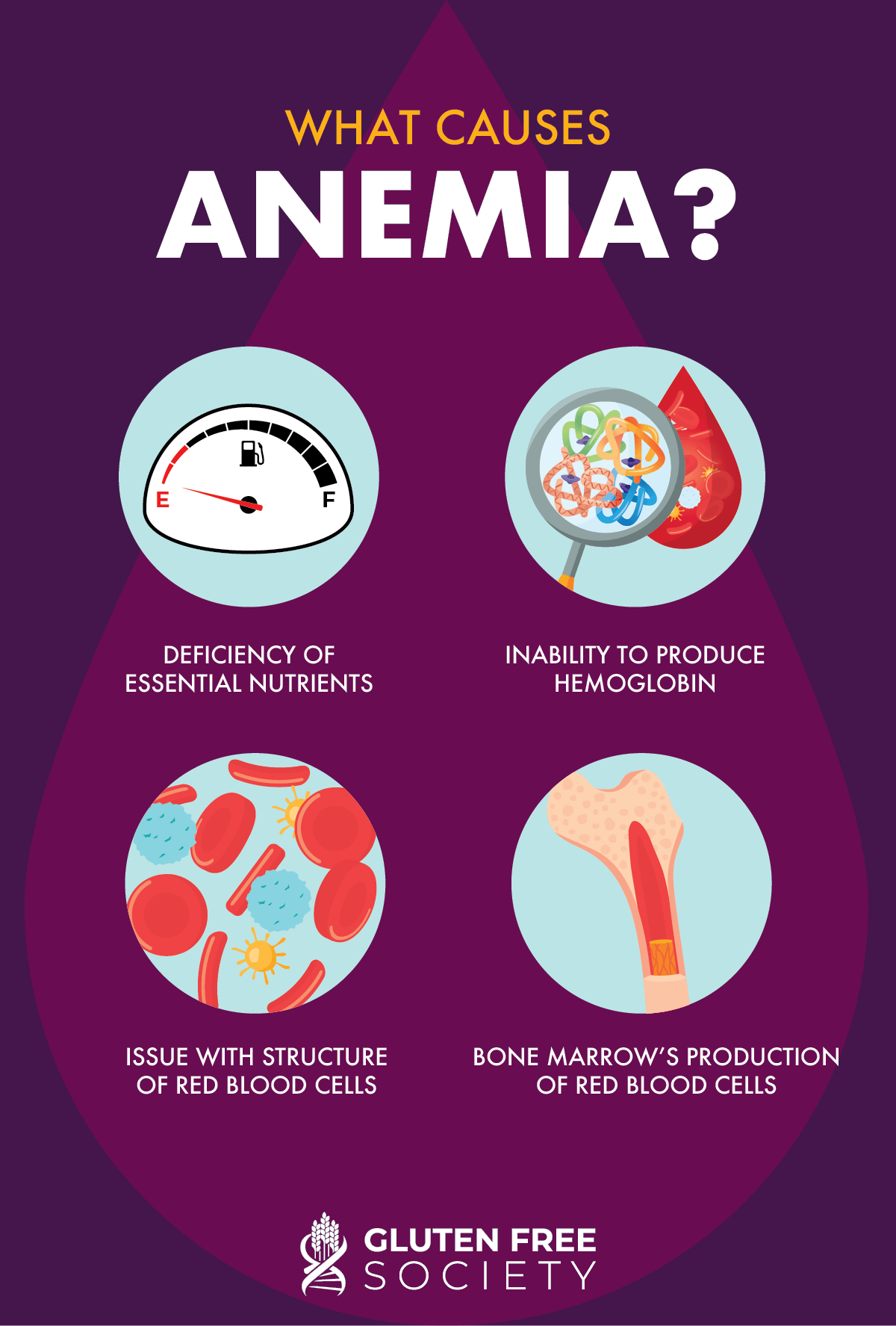 Does Gluten Cause Anemia?

Iron deficiency anemia is one the most common nutritional deficits found in patients with celiac disease and non-celiac gluten sensitivity (NCGS), and it has been reported as the most frequent extraintestinal symptom in adult celiac disease. It may also be the primary symptom experienced by celiacs, even in the absence of diarrhea or weight loss. So you might be wondering, does gluten cause anemia?

The next logical question is then, if iron deficiency is commonly caused by celiac disease or NCGS, can eating a gluten-free diet help resolve anemia in celiac or NCGS patients? 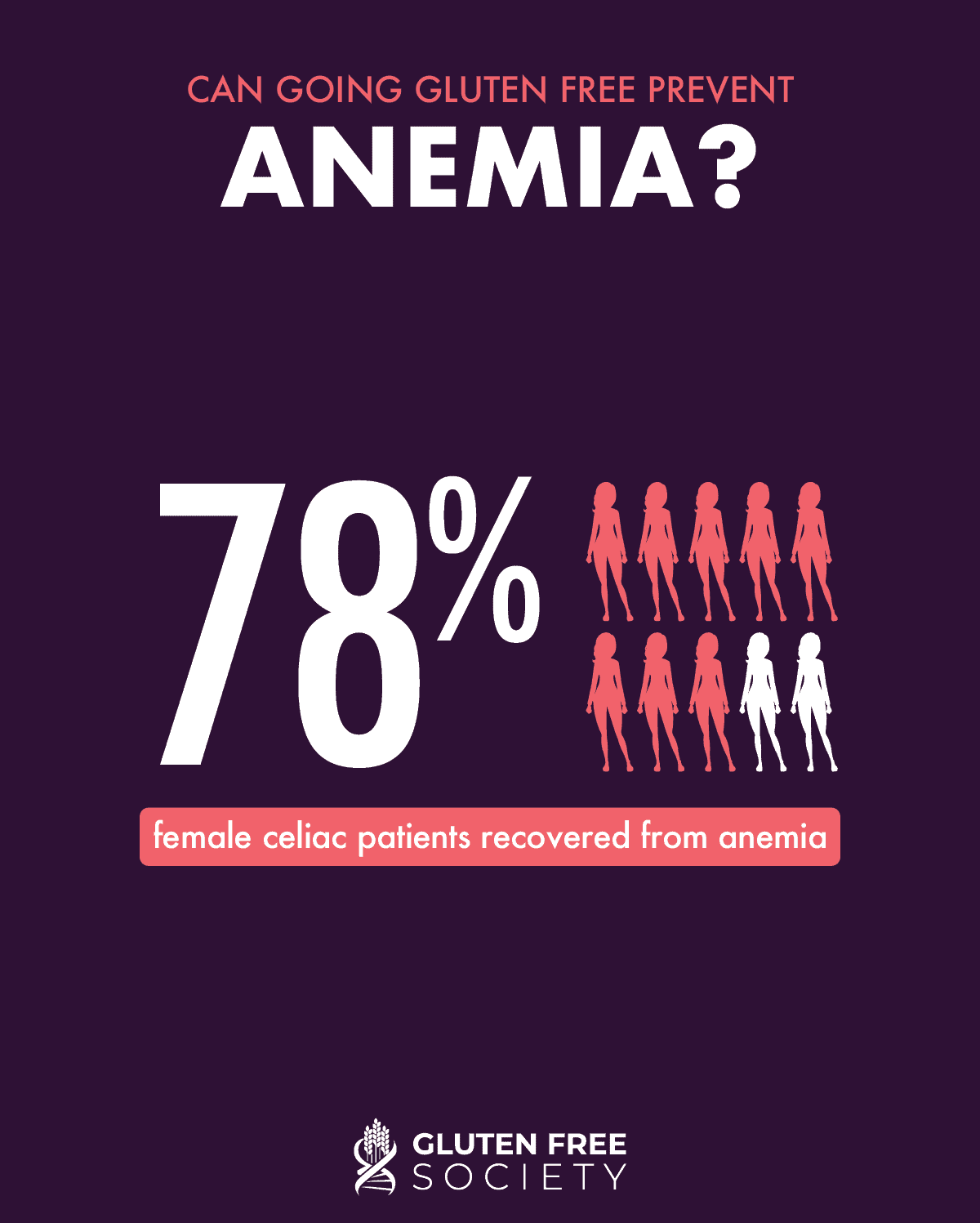 Other Ways Gluten Can Contribute to Anemia in Celiac or NCGS

While Iron is thought to be the primary culprit of anemia, the truth is that there are a number of other gluten-induced nutritional deficiencies that can contribute to other forms of anemia. Patients with undiagnosed celiac disease and NCGS are often deficient in vitamins B6, B12, folate, copper, vitamin C, and vitamin E. 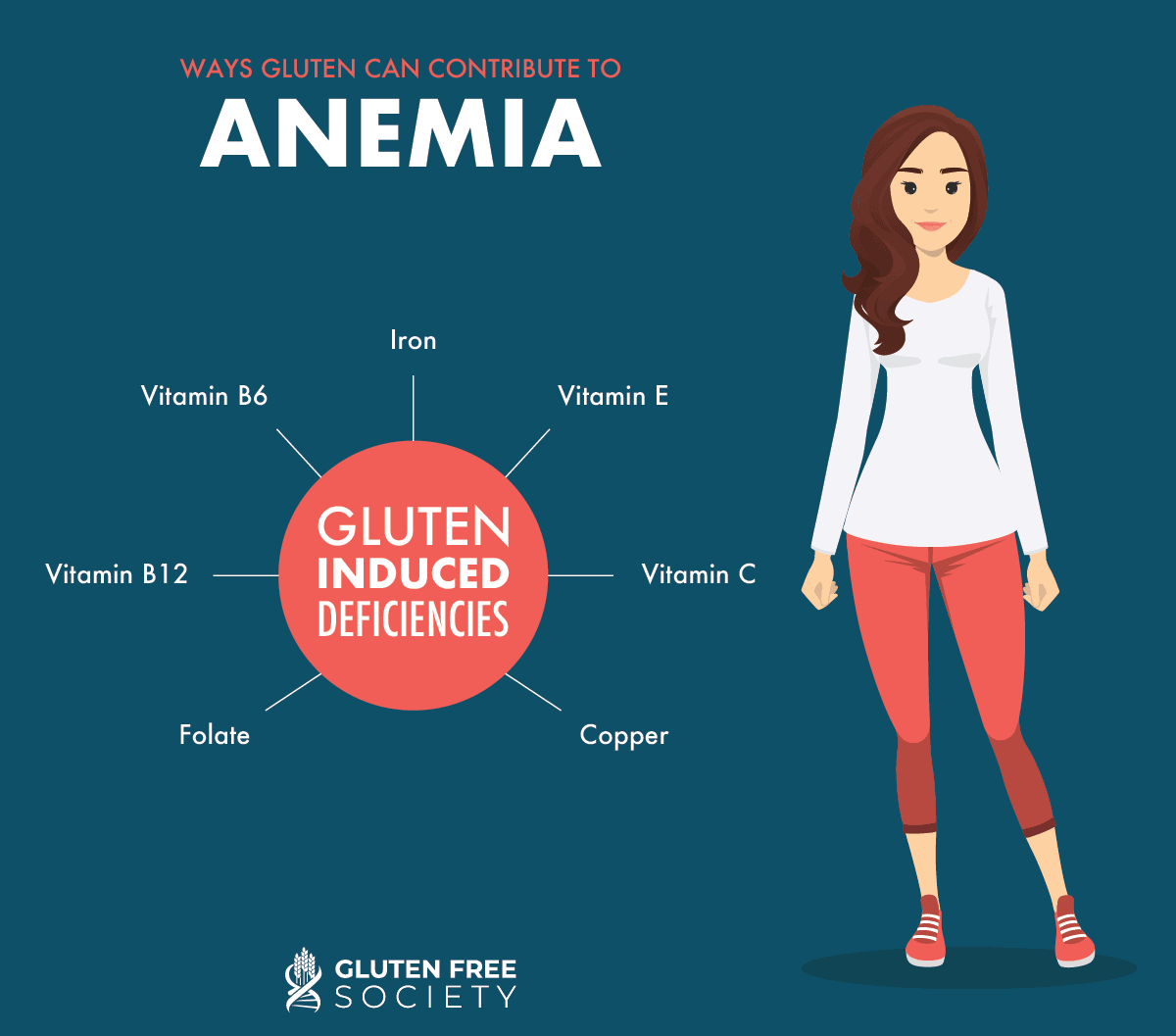 Deficiencies of these nutrients can lead to the following other forms of anemia: 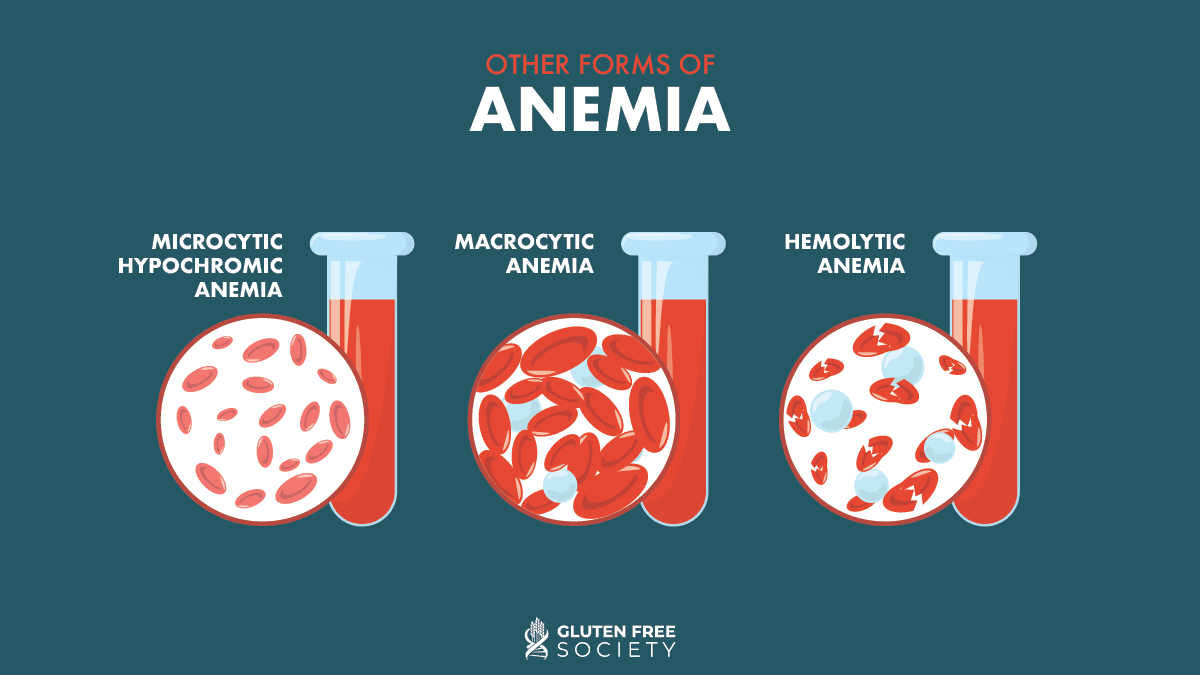 While anemia is typically easy to treat in most cases, those with a gluten sensitivity or celiac disease may have a hard time resolving their deficiency. This is because gluten damages parts of the stomach and intestine where nutrients like iron, zinc, copper, B vitamins, etc. are absorbed. These deficiencies can and often do progress into anemia, and all the symptoms that come with it. Key point – Iron deficiency anemia may be the first and only indication of an underlying gluten issue. Therefore, if you have been diagnosed with iron-deficiency anemia and have struggled to improve your symptoms or lab results despite increasing your iron (referred to as refractory anemia), it is highly recommended that you be tested for gluten sensitivity.

2 thoughts on “Can Gluten Cause Anemia?”