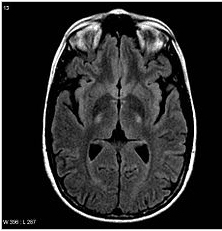 A recent research report identified an individual with progressive nerve damage findings mimicking the autoimmune neurological condition known as Lou Gehrig’s disease (AKA – ALS or amyotrophic lateral sclerosis). The condition manifests as progressive muscle weakness and loss, involuntary spasms and twitches, and eventually a degeneration of the muscles responsible for aiding in breathing. Many sufferers of ALS die as a result of suffocation once the muscles of respiration become paralyzed.

There are many theories on the causes of ALS. One prominent suspicion is in a defective antioxidant gene called SOD1(superoxide dismutase). This gene is a powerful antioxidant that is activated by the two essential minerals, copper and zinc. Patients with ALS often have this genetic variant that predisposes areas in the brain and spinal cord to free radical damage.

As ALS is an autoimmune condition, the next question becomes – does gluten play a role in the development or contribute to the disease?

Is There a Gluten – ALS Connection?

CD is an autoimmune-mediated disorder of the gastrointestinal tract. Initial symptom presentation is variable and can include neurologic manifestations that may comprise ataxia, neuropathy, dizziness, epilepsy, and cortical calcifications rather than gastrointestinal-hindering diagnosis and management. We present a case of a young man with progressive neurologic symptoms and brain MR imaging findings worrisome for ALS. During the diagnostic work-up, endomysium antibodies were discovered, and CD was confirmed by upper gastrointestinal endoscopy with duodenal biopsies. MR imaging findings suggestive of ALS improved after gluten-free diet institution.

This group of clinicians found a strong correlation in one of their patients, and this is not the only time this connection has been made in medicine (see resources). Why is this an important connection? ALS is a terminal disease with no known cure. The medications being prescribed to treat it are not effective. The quality of life in these patients can deteriorate rapidly and they most often need 24 hour care. This case demonstrates that the hallmark signs of damage in the brain identified by MRI improved after a gluten free diet was implemented.

Gluten Induced Nerve Damage is not a New Discovery

Neurologic diseases linked with gluten sensitivity and celiac disease were initially reported in the medical literature in 1966. The most common manifestations are ataxia, vertigo (dizziness) and neuropathy, followed by epilepsy (seizures), ALS and multiple sclerosis-like symptoms. It is thought that these conditions result from two key components:

Additional Resources on gluten and neurological diseases:
It should go without saying that patients inflicted with ALS should at the very least be screened for gluten sensitivity. Please share this article with a neurologist today.