The Connection between Coffee and Gluten Sensitivity

Is coffee gluten free? Before you jump into a panic attack about having your coffee taken away, please read the entire article and watch the video below. I am not condemning coffee, I am simply sharing with you recent research combined with many years of clinical experience dealing with clients who fail to respond to a traditional gluten-free diet. If you’ve been eating gluten-free and are still experiencing gluten-related symptoms, the problem may be your coffee intake. That being said, let’s dive in to discover why…

There are several supposed gluten-free foods and drinks that cause what’s called a gluten cross-reactivity in those who are sensitive to or intolerant of gluten. This is because the proteins in these foods are perceived by the body as invaders in the same way gluten is.

Dairy is the most common cross-reactive food to those with gluten issues, because of its casein proteins. But coffee also contains problematic proteins and the cross-reaction to coffee has actually been found to be one of the most severe.

Is Coffee Safe on a Gluten Free Diet or Does It Mimic Gluten?

In 2013, Aristo Vojdani and Igal Tarash published a study in Food and Nutritional Sciences that examined the cross-reactivity of coffee. What the researchers found was that highly-processed coffees, such as instant coffee and popular ground coffees, produced the most cross-reactivity in test subjects. Gluten-free instant coffee is one of the most processed forms of coffee that you can drink.

What researchers believe is that the processing itself contributes to the problem, since organic, whole-bean coffees did not produce cross-reactivity issues. While more research is needed, it’s thought that the proteins in coffee are changed in such a way during processing that the body perceives them as a threat, which causes the same inflammatory responses and symptoms as gluten in those that are sensitive or allergic to it. We see this same type of problem with dairy. The processing of the dairy changes the dairy protein and creates a gluten like reaction.

One of the troubling aspects of the cross-reactivity of coffee is that some of the most common symptoms, such as migraines, mental fogginess, and fatigue, will actually cause people to reach for yet another cup, which leads to a frustrating and damaging cycle. Add to this the fact that most people also add some form of dairy to their coffee, and you now have two potential ways they could be having cross-reactive gluten like inflammatory damage. On top of that, other research is linking coffee as a cause of autoimmune diseases including hypothyroidism, Type I Diabetes, and rheumatoid arthritis. 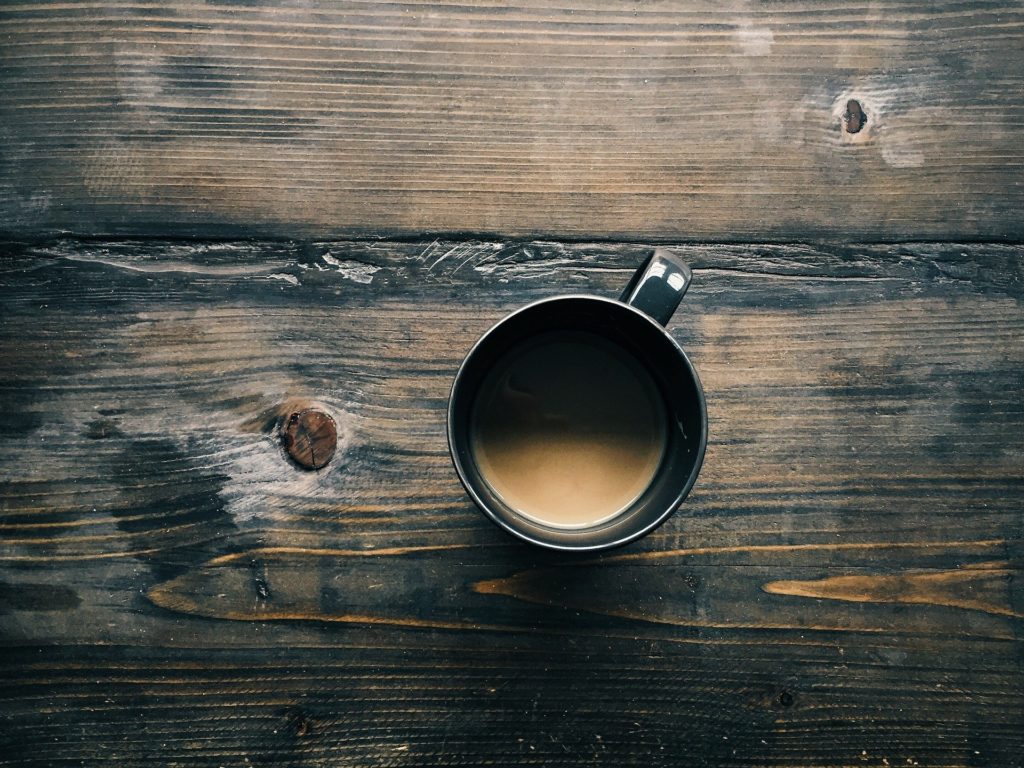 Another potential problem with coffee is the presence of mycotoxins (also found in corn). Coffee beans are known to be high in a toxic mold compound known as ochratoxin A. Many people tolerate this exposure just fine, but some chronically ill patients (especially those with chronic gluten-induced autoimmunity) can have severe reactions to these mycotoxin compounds. Roasting and processing the coffee beans can reduce the quantity of these toxins, but the results vary based on the type of bean and the type of processing.

It can be hard for people to pinpoint the problem because coffee is a gluten-free food. People suffering from symptoms are eating a TRUE gluten-free diet and examining every inch of their lives for hidden gluten in an attempt to explain why they’re still suffering from symptoms. Unfortunately in most cases, they’re coming up empty. Even many doctors fail to connect cross-reactive foods like coffee when their gluten-sensitive patients come in for help.

Coffee crops are one of the most heavily loaded with pesticides. Keep in mind that some of these chemicals can cause intestinal damage, leaky gut, and disrupt hormones (especially estrogen). Think about this before you pick up your next cup on non-organic coffee – 1 cup per day is equivalent to 20 pounds of pesticide exposure per year.

Additives to coffee, such as creamers and other sweeteners can be laced with traces of gluten. Before you add a splash of store-bought creamer to your morning cup of coffee, make sure to review the ingredient list and do some additional research. This can prevent you from feeling unwell and help you feel more in control of what you put into your body.

The caffeine content is coffee ranges from 100-200 mg per 6 oz serving. This changes based on the method of preparation, i.e. espresso has greater caffeine content than does a standard cup of brewed coffee. What is important to understand here is that caffeine is a common gastric irritant. It can contribute to mucosal degradation in the stomach and esophagus, and many who have gluten-induced GI damage also have problems with regular coffee consumption. Caffeine can also overstimulate the adrenal glands. This over-stimulation can be very detrimental for someone already suffering from adrenal burnout or adrenal insufficiency. In this scenario, coffee isn’t the cause of the disease process, but the caffeine in it can allow the symptoms to persist and inhibit the recovery process. Some people have to remove the caffeine for several months while their bodies are recovering. Are you wondering if your gluten-free k cups are really gluten-free now? Keep reading…

So to answer the question – Is coffee safe on a gluten-free diet – consider the following. If you know your diet is gluten-free and you’ve eliminated any hidden gluten such as vitamins whose coatings contain gluten, try going without coffee for a full week. Yes, this can be hard to do if you’re dependent on caffeine to get you through your day, but you can still have your caffeine, but for this trial week, you’ll need to get it from black or green tea. Try subbing hot tea in the morning and iced tea in the afternoons if you usually have an afternoon coffee.

Once the antigen load in your body has been significantly reduced (after a week without coffee), try having just one cup in the morning, but make it an organic, whole-bean coffee. If your symptoms diminished or went away entirely after a few days without coffee and your one cup of whole-bean coffee doesn’t produce any symptoms, then it’s safe to say that you can go back to your normal coffee intake, but stay away from instant and ground coffees. Using organic, whole-bean is definitely the better choice.

You don’t have to give up all your favorites just because you are gluten intolerant. There are great and healthier alternatives!

The upside of this is that freshly-ground coffee is usually superior in taste and aroma, and there are plenty of interesting and exotic organic beans for you to discover. So, you can eliminate your symptoms and still enjoy a great cup of coffee. I recommend Purity Organic Coffee, as they have a high quality and uncompromising standard.

Do you have bad experiences with coffee? Don’t be a stranger and chime in below in the comments section. Let us know if you think if tea and coffee are gluten-free? We would love for you to chime in. Your experience may help someone else improve their health.

62 thoughts on “Is Coffee Gluten Free?”