What are gluten mimicking foods? A lot of research has been done showing that some foods contain proteins that mimic or look like the gluten proteins that can damage the body of those with gluten sensitivity or celiac disease.

For a full in-depth breakdown, you can watch the following video. A short overview is also listed below.

Grains That Are Classically Considered to Be Gluten-Free

The following is a list of grains that are commonly used as gluten-free substitutes. Although these grains are considered gluten-free by food labeling law standards, they all contain different forms of gluten and have been shown to contribute to persistent health issues for those with gluten sensitivity and celiac disease. 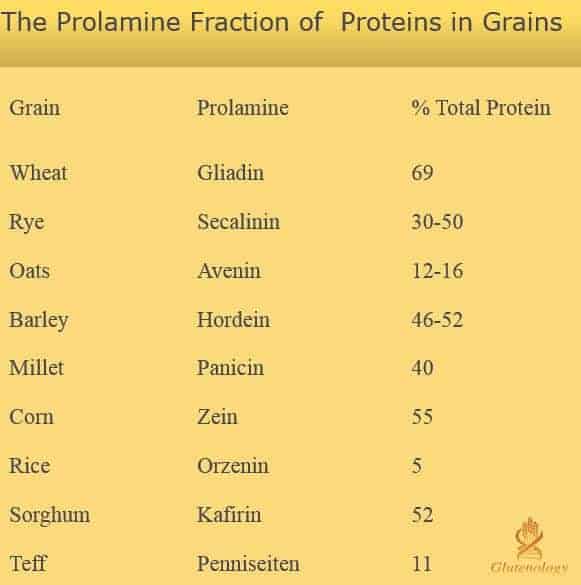 Pseudo grains are commonly confused for grains, but they are technically not grains at all. There are three types of pseudo-grain: quinoa, buckwheat, and amaranth. These are foods that can mimic gluten!

Some research shows that the protein, casein, in dairy can actually mimic gluten, and create an inflammatory response because of the similarities. One recent study found that as many as 50% of those with celiac disease reacted to dairy casein proteins. Another issue with dairy has to do with the way that it is processed. Many dairy products are exposed to an enzyme called microbial transglutaminase (I know, that is a mouthful!) Let’s just call it meat glue. When dairy is treated with meat glue, studies show that those with gluten sensitivity and celiac disease have inflammatory reactions against it. You can go here for a more in-depth review of the problems with dairy, including casein, while trying to follow a gluten-free diet.

The short answer is no. Coffee does not mimic gluten. The biggest problem with coffee is that many instant brands have added gluten in them. So the real issue with coffee has to do with added gluten. If you are using fresh whole coffee beans, you do not have to worry about actual gluten exposure. That being said, many people struggle with coffee for other reasons. Because coffee can create symptoms that may mimic gluten exposure, I have attached a more in-depth review of coffee here.

What About Foods That Contain Meat Glue?

Meat glue, AKA microbial transglutaminase (AKA mTg) is an industrial enzyme used in food processing. It is oftentimes used to improve shelf life and food palatability. Unfortunately, this compound does not have to be listed on food labels, because it is considered a processing aid, therefore escaping the definition of a food additive. Researchers have identified that this substance can alter gut permeability contributing to leaky gut. Additionally, researchers have identified that foods processed with mTg can create inflammatory reactions in those with gluten sensitivity. For a more in-depth look at meat glue, please read this article.

Going gluten-free for many is a challenge, especially when the traditional gluten-free diet fails to lead to improvements or the molecular mimicry of “non-gluten” foods leads to issues. Consider eliminating the above foods known to either contain non-traditional forms of gluten or foods that mimic gluten.

And if you have felt better avoiding the foods above, let us know by sharing your comments below.