In honor of Breast Cancer Awareness Month, I wanted to take a closer look at how gluten and breast cancer may be related. Now, there is no current research directly linking gluten sensitivity and celiac disease to breast cancer (although there are links to other types of cancer). However, there are a number of conditions that are triggered by gluten consumption that can indirectly influence your risk of breast cancer. 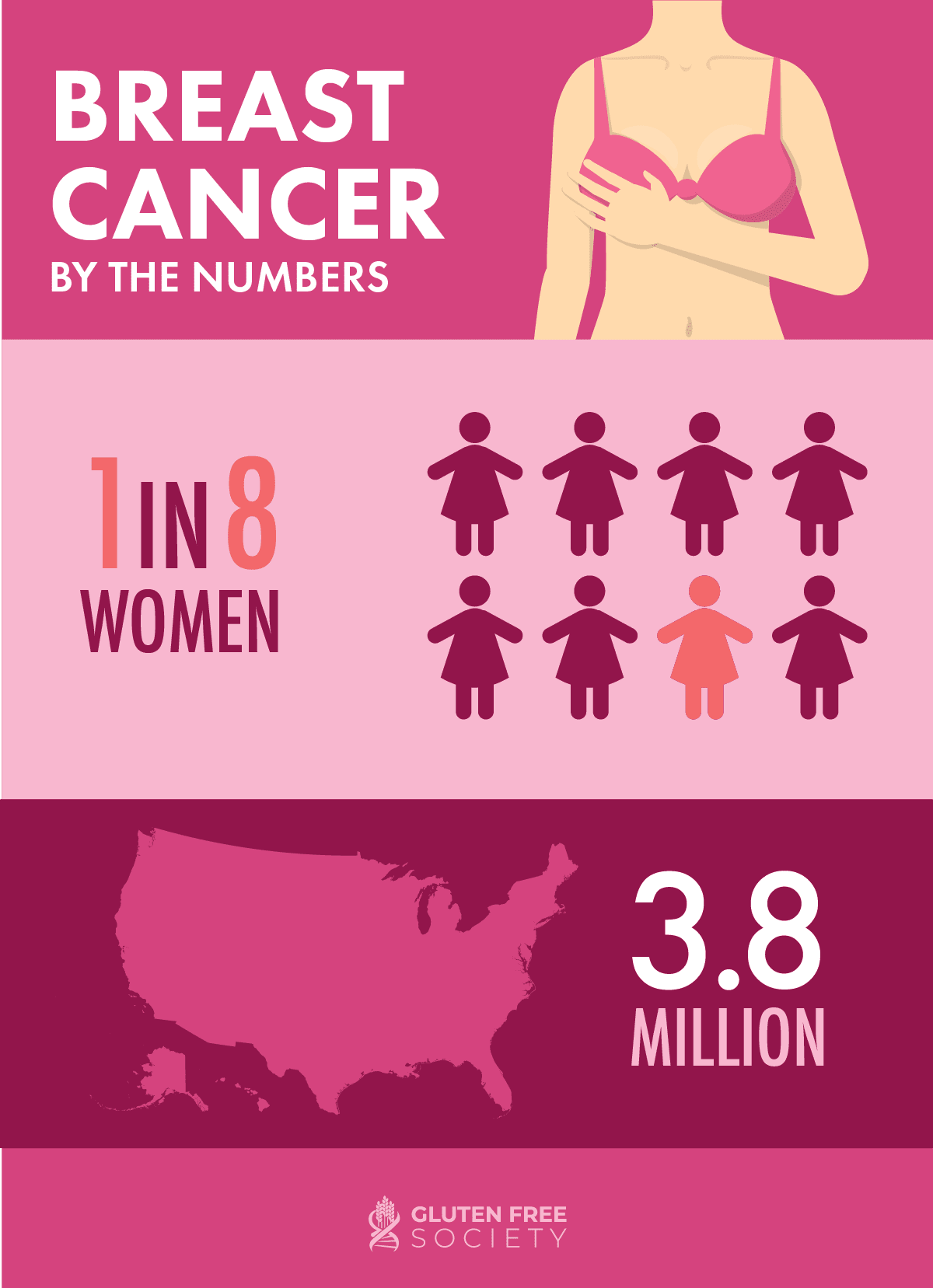 Gluten Induced Nutritional Deficiencies Are Linked to BC 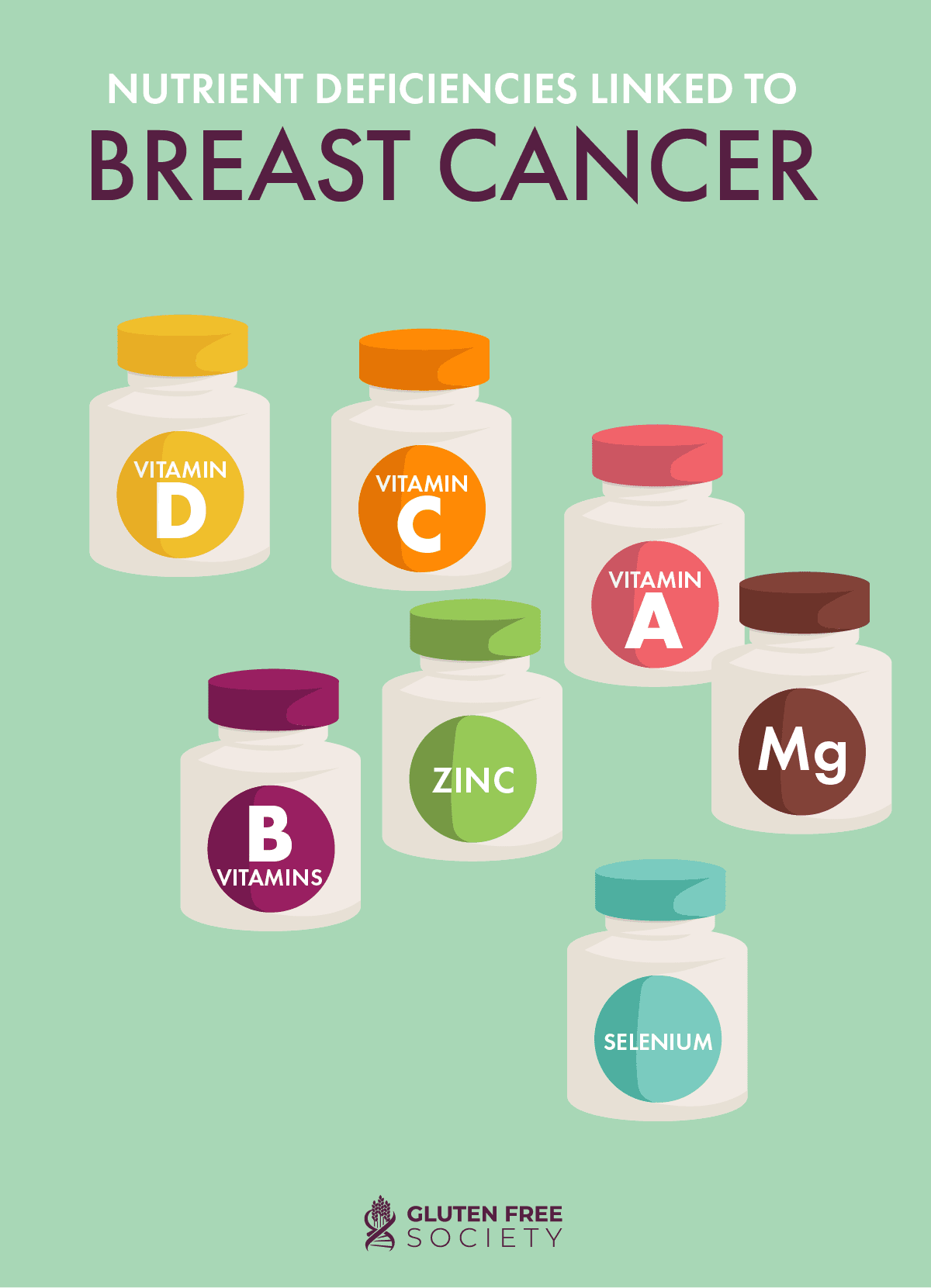 Research shows that the prevalence of NAFLD in patients with breast cancer is significantly higher than in healthy controls. Moreover, breast cancer patients with NAFLD showed poorer prognosis in terms of recurrence. One study links the high levels of endogenous estrogens present in cirrhosis to an increased risk of breast cancer. 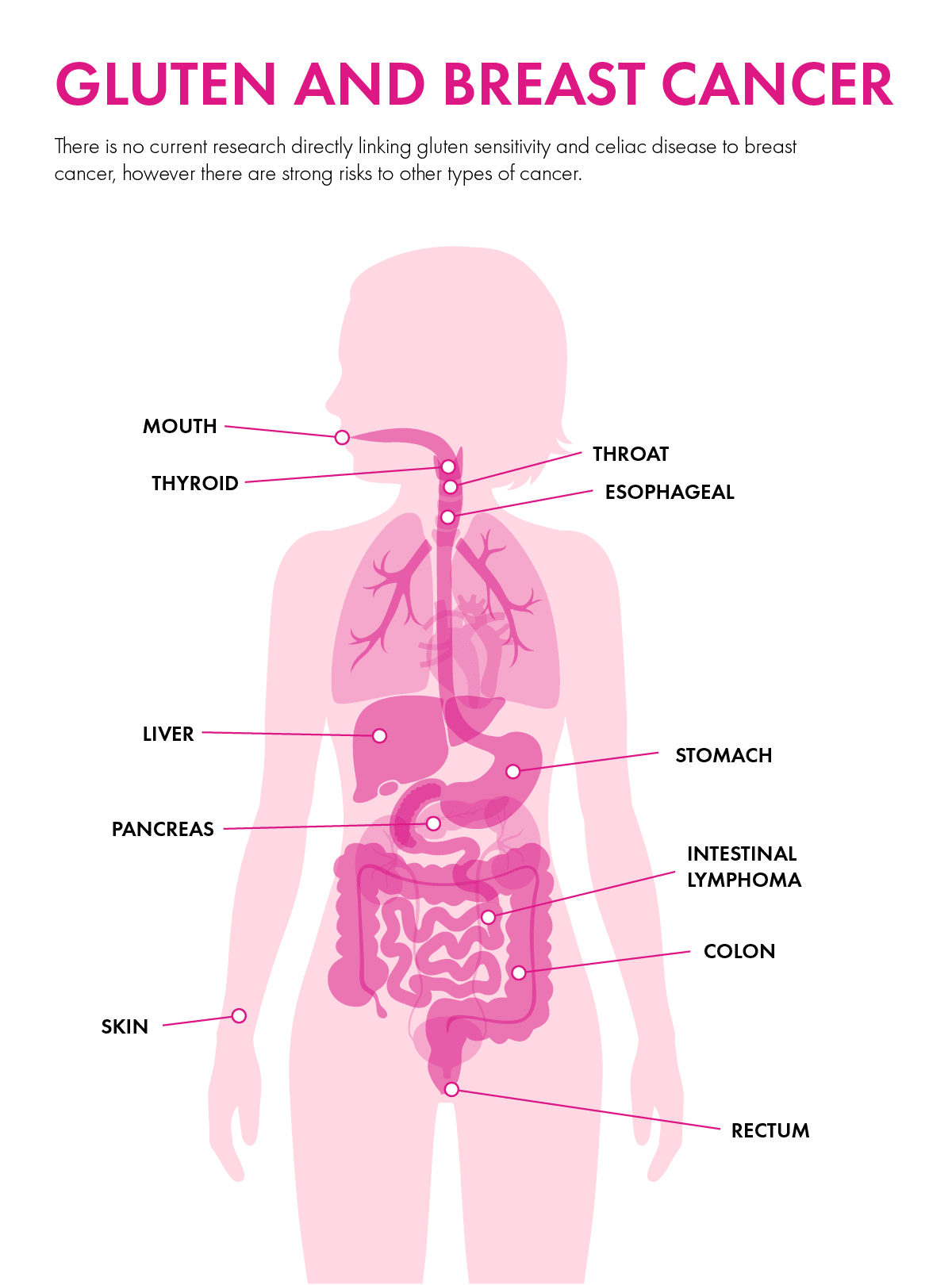 Certain Environmental Factors Are Linked to BC

While not gluten related, it is important to note that certain environmental factors can also increase one’s risk for breast cancer.

A report from the National Institute of Environmental Health Sciences shares that the chance of developing breast cancer increases with exposure to endocrine disrupting chemicals during the periods of prenatal development, puberty, pregnancy, and menopausal transition. About 300 chemicals used in personal care products, flame retardants, food processing, pesticides, and other purposes were tested and found to affect hormones known to increase breast cancer risk. Some chemicals tested may be in air and water pollution.

A case control study looked at how certain factors affect breast cancer risk. It found that environmental factors were the third most common link, behind familial or inherited factors and lifestyle factors such as poor diet and smoking. 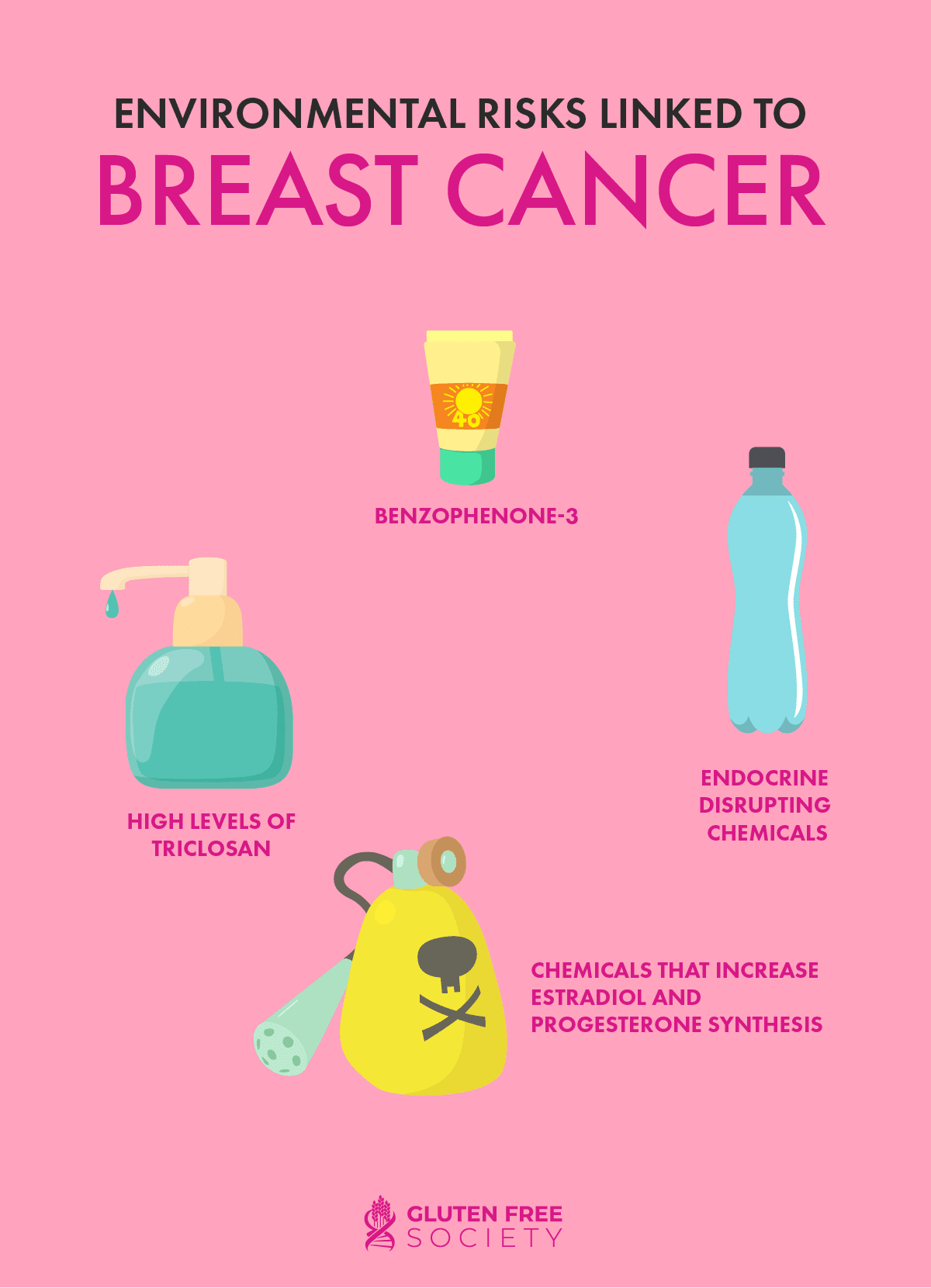