One of the fundamental symptoms used to diagnose celiac disease is villous atrophy. This finding is identified by doctors by performing an intestinal biopsy. Despite it’s known flaws, this test is used as a gold standard for the diagnosis of celiac disease. So the following scenario is quite common: 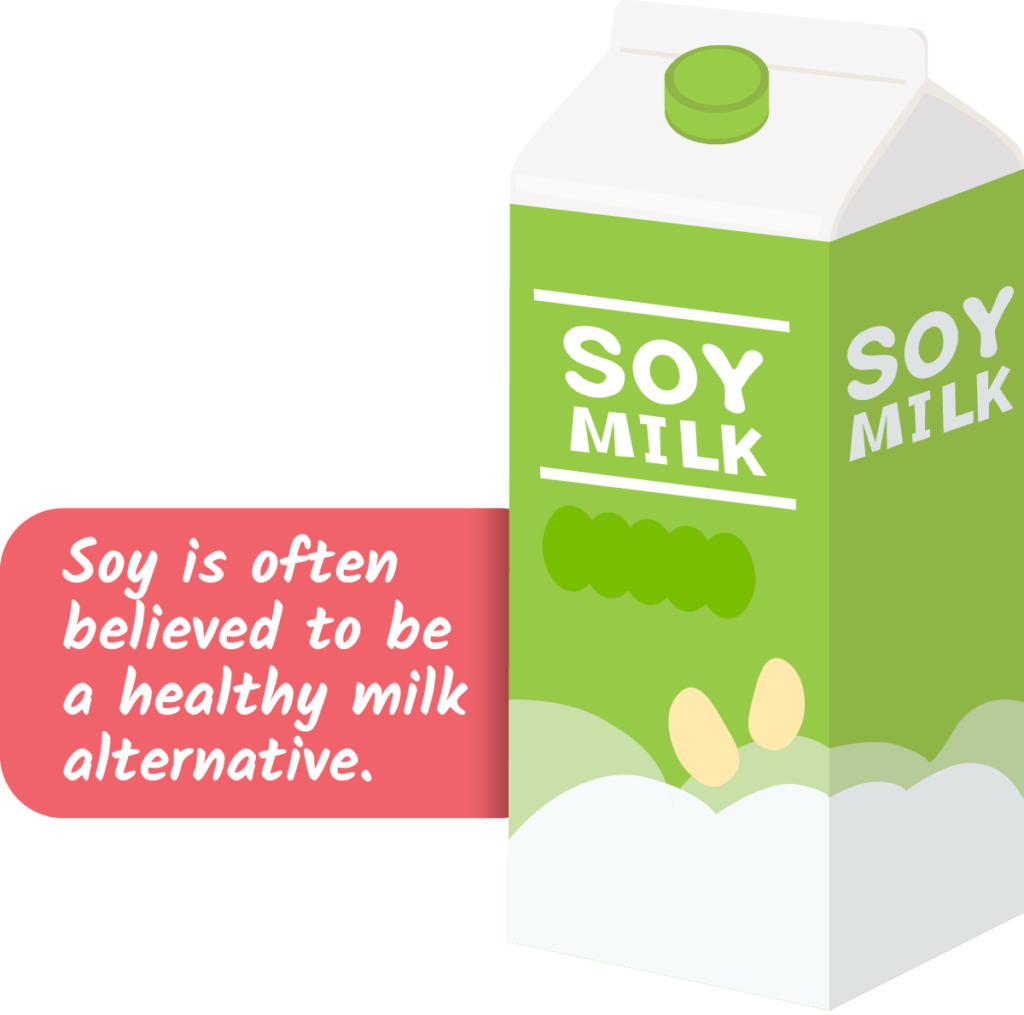 The incorrect assumption in the scenario above is that the patient has villous atrophy caused by gluten (gliadin) in wheat, barley, and rye. Why is the assumption incorrect? Other types of food proteins can also cause villous atrophy. The study below is one of many proving this point…

Morphometric and immunohistochemical study of jejunal biopsies from children with intestinal soy allergy.

A morphometric and immunohistochemical restudy was made of jejunal biopsy specimens from 5 patients with soy allergy and the results obtained were compared to those from specimens taken before soy feeding and to those at a later time. All the patients had had previous cow’s milk allergy with malabsorption. Gastrointestinal symptoms presented within two weeks of starting the soy based formula but in two patients the symptoms were mild and these patients were able to continue soy feeding. Jejunal biopsy specimens taken within 3 days from the reaction to soy showed villous atrophy associated with crypt hyperplasia and an increased cell renewal rate. Also, these specimens showed an inflammatory reaction in the lamina propria and in the epithelium, and the numbers of IgA- and IgM-containing cells were increased. Later, when the soy proteins were eliminated, the morphology of the jejunum improved and the cell numbers were reduced to normal. The intestinal damage and the local immune reaction caused by soy proteins are similar to those seen in cow’s milk allergy with malabsorption. The immunological mechanisms operating in these diseases are thought to be the cause of these changes. 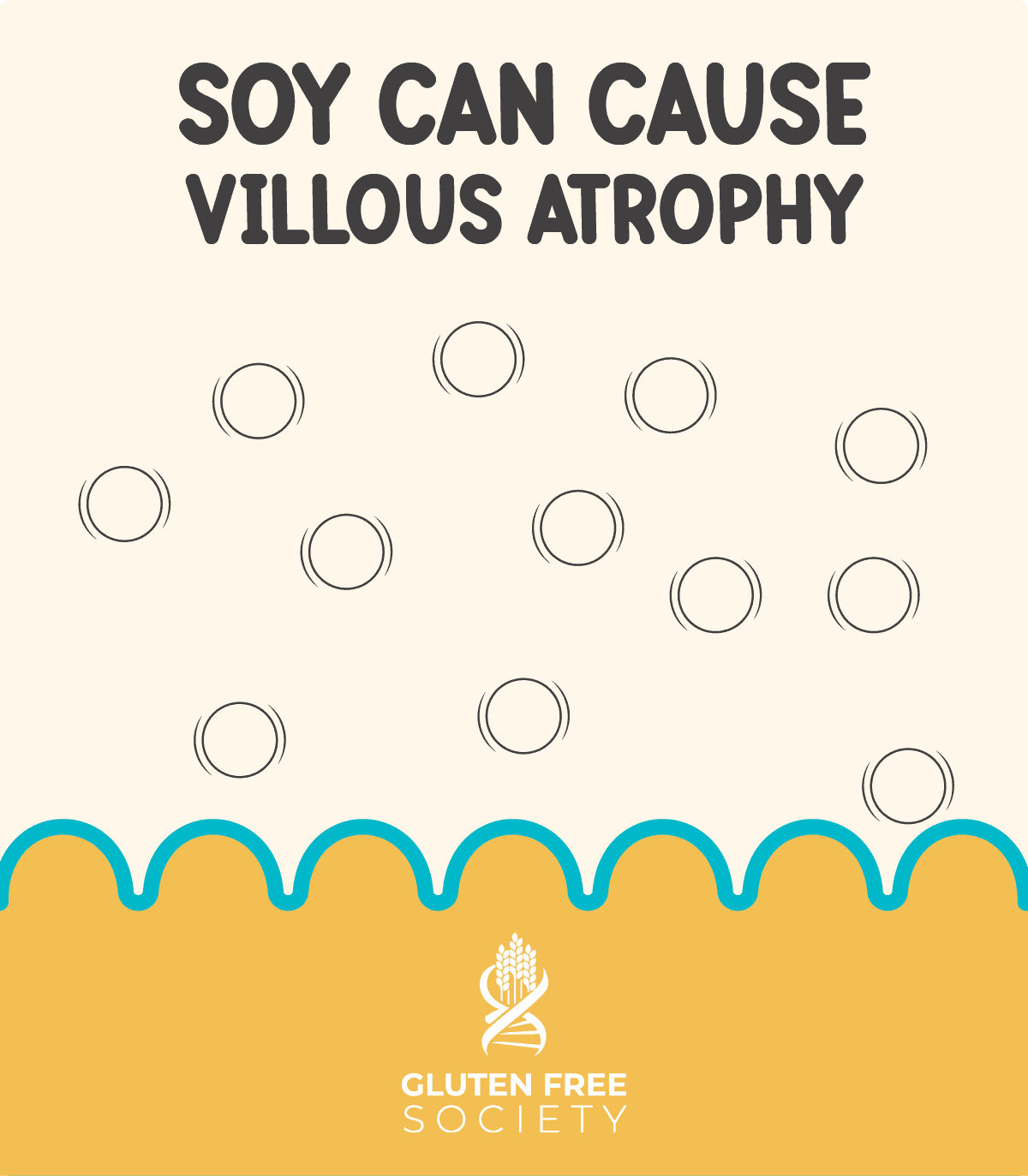 Soy Can Cause Villous Atrophy

If soy can be a cause of villous atrophy, and other foods (corn, dairy) can cause villous atrophy, how can we use this finding as a definitive marker for the identification of celiac disease ? There are a growing number of people diagnosed with celiac disease who are failing to respond to a traditional gluten free diet. Is the abundance of soy protein in gluten free foods one of the reasons why?

Soy is often used in many things that individuals consume and is everywhere in our food supply. It is a common ingredient in a lot of processed food products, especially products labeled gluten free. Often, soy is subject to gluten cross-contamination as well. Many people react similarly to soy as they do to gluten grains and it’s important to be cautious on a gluten free diet to be aware of this. There are also many symptoms to be aware of that could be tellers to consuming soy or gluten, some of these include migraine headaches, depression, blood sugar problems, etc. You can find a complete breakdown of each symptom here to find out more. So is Soy Gluten Free?

This information seriously begs the question: shouldn’t doctors also rule out other foods known to cause villous atrophy before making a definitive diagnosis of celiac disease?

Many gluten free food manufacturers use soy flour and other soy byproducts to produce foods for the gluten free market. So is soy gluten free and OK to consume on a gluten free diet?  If a patient is diagnosed with celiac disease and not told about the possibility of soy as a cause, they could be using these products and perpetuating their illness.

If you have not responded to the gluten free diet, you may want to look into the possibility that soy or other food allergens are also playing a role in your disease process. If your doctor refuses to help you, consider following the scientifically proven diet plan provided in No Grain No Pain. Think you might be gluten intolerant? Take the Sensitivity test!