Medical Schools Get a Failing Grade in Nutrition…

& Gluten is a Nutritional Problem

One of the biggest problems facing those with gluten related issues is doctors. For years, doctors have dismissed gluten sensitivity and other food allergies as a potential health problem for those suffering with disease. It is the proverbial 8,000 pound gorilla in the room. Everyone knows it, many ignore it. Choosing to ignore it doesn’t make it go away. You are what you eat. The wrong food can impact your health in a detrimental way.

Why are medical doctors part of the problem? They simply don’t understand nutrition well enough. Now before any of you start getting upset, remember that this is not a blanket statement that encompasses all doctors. There are many doctors that study nutrition and have a wonderful knowledge of the science. Problem is, they are few and far between. For example, let’s look at gluten. This nutritional disease was originally identified as a food based problem in 1952. 61 years later, we have come to accept it as a society (kind of). You see, despite the massive quantity of research that has been conducted, many doctors continue to blatantly ignore gluten and its associated diseases (beyond Celiac). The question is why?

How Much Nutritional Knowledge Does Your Doctor Have? 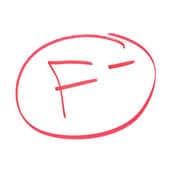 The truth is, unless they seek a post graduate education on the topic, not much at all. The last few studies investigating nutrition taught in medical schools had this to say…

…data suggest that medical students’ perception of the importance of clinical nutrition can decrease during medical school.

Another study found the following while polling medical schools about nutritional curriculum:

Let’s do the math. 19.6 hours of nutrition over 6 plus years of education. That’s a whopping 3.2 hours per year. The sad part is this – most people follow the nutritional advice of their doctors without question – despite their potential severe lack of knowledge. The overwhelming majority of the population firmly believes that by nature of having a medical degree, that one is qualified on all things health (including nutrition). By comparison, I have personally had over 500 hours of formal nutritional training. The number is probably closer to 2,000 if you include my post graduate internship and private study.

Nutrition is a Fundamental Science

Do you have the perception that your doctor understands nutrition? If you do, you could be vastly mistaken to the point of your own detriment. It is up to you to ask this vital question of any doctor trying to give you advice in this area? My advice to you would be to ensure that the doctor you choose has had some type of formal post graduate education in nutrition. I strongly recommend looking for D.A.C.B.N. after their names. This means Diplomate with the American Clinical Board of Nutrition. This group requires a minimum of 300 hours (post graduate). The 300 hours don’t automatically qualify a doctor, they still have to sit for the exam and pass it. If you are a doctor seeking a better education, I encourage you to contact the ACBN.

The majority of diseases we face today are nutritionally related. In essence the diseases have more to do with the wrong nutrition that a lack of medication:

There are many many more, but I think you get the point. Poor nutrition is the fundamental building block to poor health. The majority of doctors in charge of guiding us aren’t nutritionally qualified. Now Consider the following conclusion and findings from a research study recently published regarding nutritional status in those with gluten issues:

In conclusion, vitamin/mineral deficiencies are still common in newly “early diagnosed” CD-patients, even though the prevalence of obesity at initial diagnosis is rising. Extensive nutritional assessments seem warranted to guide nutritional advices and follow-up in CD treatment.

Now for those of you diagnosed with a gluten issue, ask this question – “Has your doctor ever talked with you about nutritional deficiencies or measured your nutritional levels?”

Let us know below. If you have a good doctor, share his/her name. If you were never tested or if nutrition was completely ignored, share your story below in the comment section. And as always, share this article with someone you love.

3 thoughts on “Medical Schools Get a Failing Grade in Nutrition…”