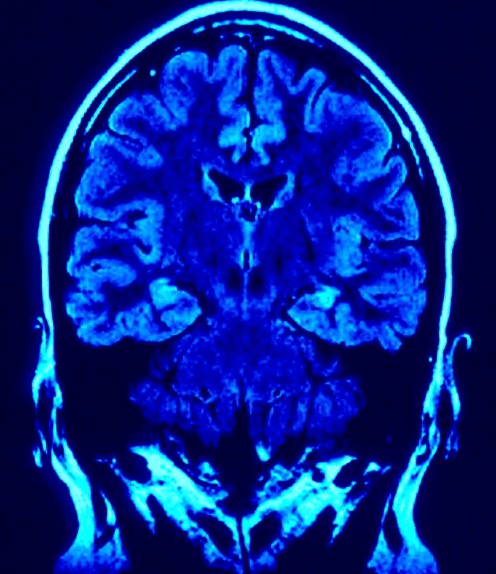 As we focus on gluten and leaky gut this week, we should also illuminate the fact that gluten has also been shown to cause the same type of phenomenon in the brain. New research draws a connection between gluten induced leaky brain damage and seizure disorders (epilepsy).

Which Came First – The Chicken or the Egg?

It has long been held that chronic seizures cause blood-brain barrier (BBB) damage. Recent studies have also demonstrated that BBB damage triggers seizures.

We know that gluten sensitivity can cause seizure disorders. To that point, the Discovery Channel had an episode of Mystery Diagnosis that featured a young boy who responded to gluten by having seizures. Additionally, we know that gluten sensitivity can contribute to blood brain barrier permeability (leaky brain). Now add to this the fact that a leaky brain will contribute to seizures and epilepsy. Thus the circle is complete. When added together these elements create a viscous unending cycle of perpetual food induced damage. For more in depth information on this process, listen to this special interview I recently did with leaky gut expert Karen Brimeyer.

Standard treatment for seizure disorders is typically medication (antiepileptic medication or AED’s). Unfortunately, the drugs do not actually correct the seizure disorder, they just reduce the occurrence of seizures through the artificial manipulation of brain chemistry.

The real question is, why are the seizures occurring in the first place. Too often doctors look for a symptomatic fix over the origin of the problem. This leaves patients no better off and in many cases worse off because the medications used for epilepsy lead to B-vitamin deficiency. 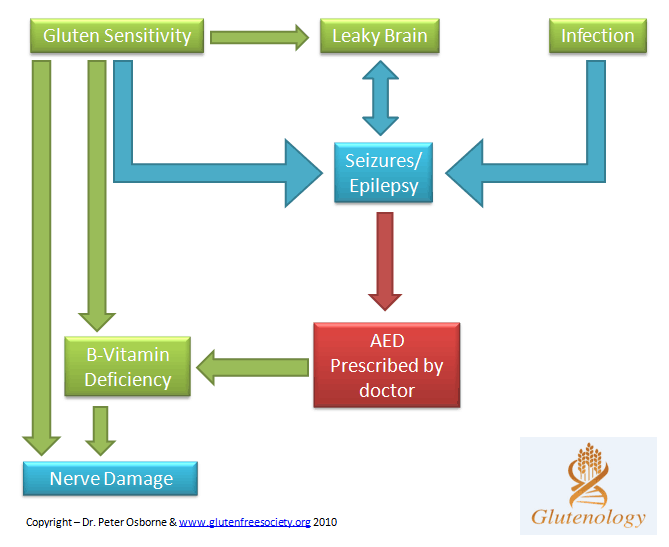 And so we wonder how many people with seizure disorders are gluten sensitive?

And because epilepsy is for the most part diagnosed by doctors (primarily neurologists) who don’t recognize the important contribution that food plays on health and disease, medication is the first line of treatment. If you ask the doctor what the cause of the disease is, the most common reply is – “The cause is unknown, but most likely genetic.” (unknown etiology)

How long can we justify the use of powerful drugs that have equally powerful side effects to treat a disease that in many cases could be easily treated with a simple dietary change? And so we wait for doctors to open their eyes to the possibility that epilepsy (seizure disorders) can be caused by gluten exposure. On that same note, when we will also look closer at the connection between gluten and mental disorders or the brain? After all, it is well established that gluten is a neurotoxin, & we know that schizophrenics have high levels of gliadin antibodies in their bloodstream. In my clinic, I have seen the following neurological conditions improve or resolve on a gluten free diet:

Don’t forget to listen to my interview with Karen. You can access it here <<<