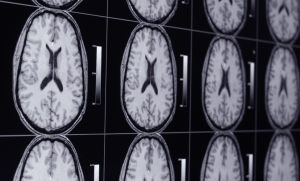 Headaches, Depression, Nerve Damage, and Seizures… What They All Have in Common

In one study, 70% of gluten intolerant patients had social phobias. Depression was found in 52%. These are neurological manifestations of the disease, or are related to the disease, and they’re not the only ones either.

Italian researchers found that 22.5% of the patients with gluten intolerance had headaches, depression, epilepsy, & nerve entrapment syndromes such as carpal tunnel syndrome, and peripheral neuropathy.

The immune system was clearly involved in about 42% of the patients, as antibody reactivity to neural(nerve) antigens was detected. Interestingly, those who had antibodies to neural antigens did not necessarily have neurological problems. This indicates that these problems may take awhile to manifest.

Also noted was that if patients changed to a traditional gluten free diet, the follow-up lab work still revealed the same antibodies. In other words, only eliminating wheat, barley, and rye, didn’t change the immune system response in those with gluten sensitivity.

This research demonstrates yet again the universal effect gluten can have on the body. In this case, many patients developed neurological symptoms of headache, depression, neuropathy, and seizures, and bipolar symptoms as a result of gluten sensitivity.

Of note is the fact that traditional gluten free diets focused on only eliminating wheat, barley, and rye did not resolve all of the patient’s problems. Additionally, the diet did not eliminate the presence of antibodies on follow up lab testing.

Remember that gluten is a protein found in all grains. Many research studies are identifying other grains as a problem with those with gluten sensitivity. It is important to remember that substitute grains like millet, sorghum, rice, etc have not been adequately studied to be used as substitutes.

Many people with gluten intolerance have symptoms that persist even after going wheat, barley, and rye free. This is largely due to the fact that they continue to consume:

It is for these reasons that Gluten Free Society recommends eliminating all grain.