If you’ve been following my research for any length of time, you know that I am passionate about sharing research that shares links between celiac disease or gluten consumption and a wide range of health conditions. Many don’t realize that gluten and celiac disease can be associated with a number of other diseases, so I feel compelled to share these links in an attempt to help you understand and advocate for your own health and to feel empowered with information that can help you make impactful and lasting changes to your diet, lifestyle, and quality of life. Today, we are discussing what causes fibromyalgia. And we are focusing specifically on the link between gluten sensitivity and fibromyalgia. But because fibromyalgia is so often misunderstood, let’s start with a bit of background.

Fibromyalgia is a condition generally associated with severe and debilitating muscle, tendon, and soft tissue pain. It is also referred to as:

What are common fibromyalgia symptoms?

Fibromyalgia causes severe pain in the body. More specifically, some common symptoms experienced by people with fibromyalgia include: 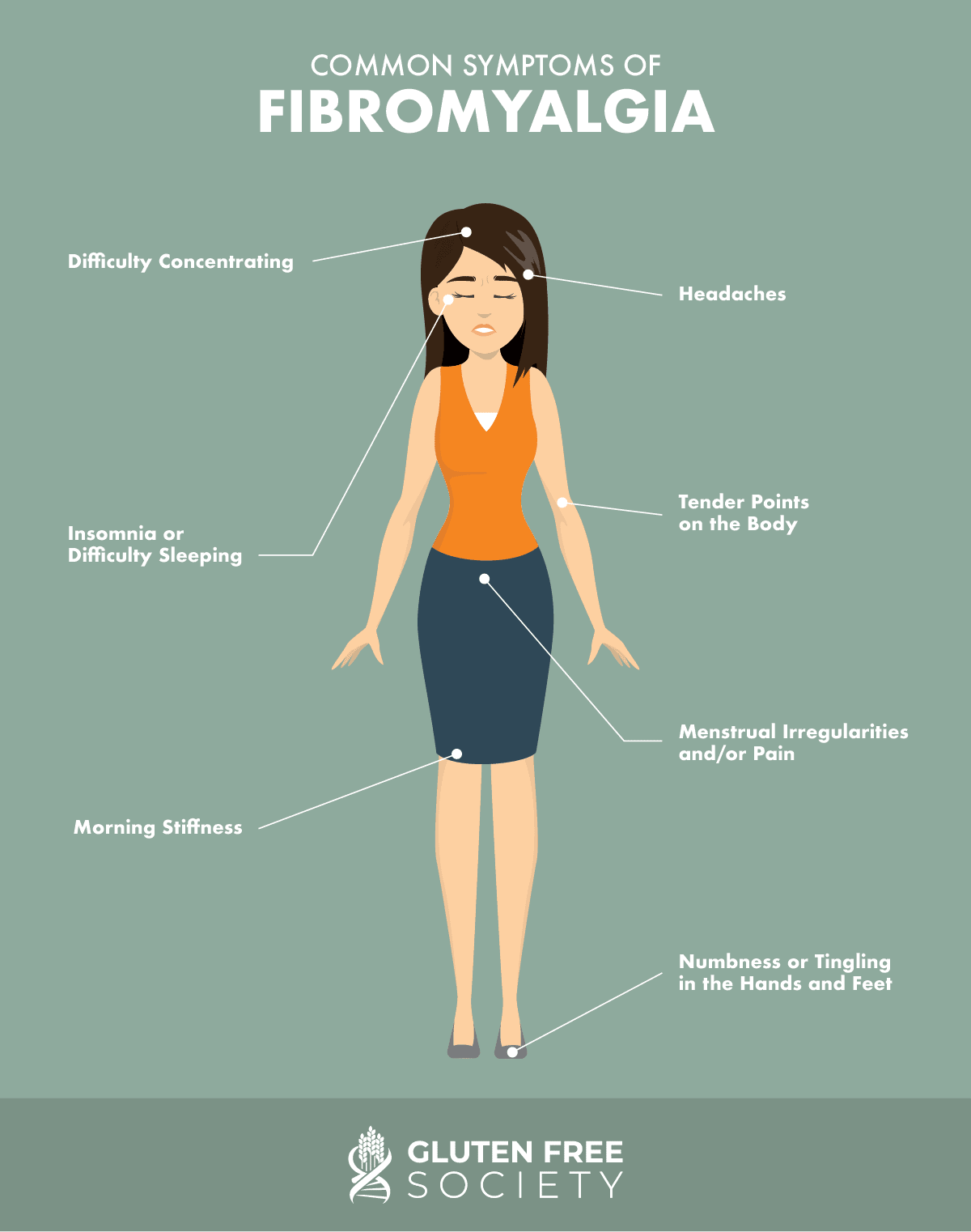 How is Fibromyalgia Diagnosed?

There is no lab test or definitive way to diagnose fibromyalgia. Rather, a fibromyalgia diagnosis is typically a diagnosis of exclusion – patients are generally diagnosed by testing first for other diseases that have similar symptoms and excluding those. These often include rheumatoid arthritis, major depressive disorder, multiple sclerosis, and other painful autoimmune diseases. If tests for these other conditions come back negative, it is often assumed that what remains must be fibromyalgia.

But while many patients get the diagnosis of fibromyalgia after reporting chronic pain symptoms, it’s sadly often a misdiagnosis. This is because fibromyalgia is often misunderstood. It is often treated with anti-inflammatory medications or supplements but they aren’t effective, because fibromyalgia is actually a disease that starts in the central nervous system. This leaves many fibromyalgia patients with persistent pain despite efforts to mitigate the pain with medicinal anti-inflammatories. It also leaves people who have other inflammatory conditions with a misdiagnosis and more confusion than answers.

Fibromyalgia affects four to five percent of the 30–60-year-old population. It is largely a disease that affects females, as 85–95 percent of those diagnosed are female. 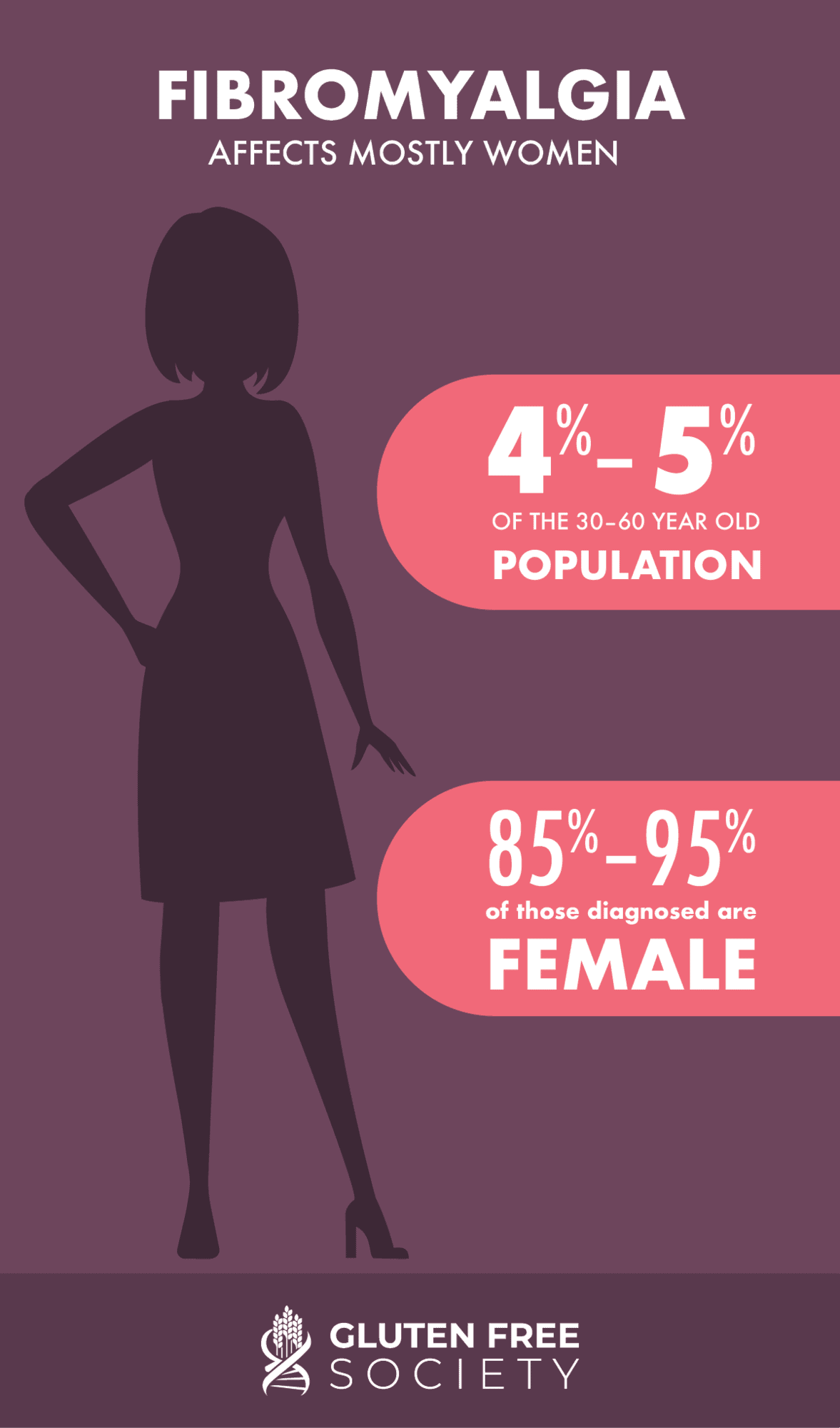 While the exact causes of fibromyalgia are unknown, there are a number of factors that are thought to contribute to the development of the condition. When answering the question – what causes fibromyalgia, we have to consider the following: 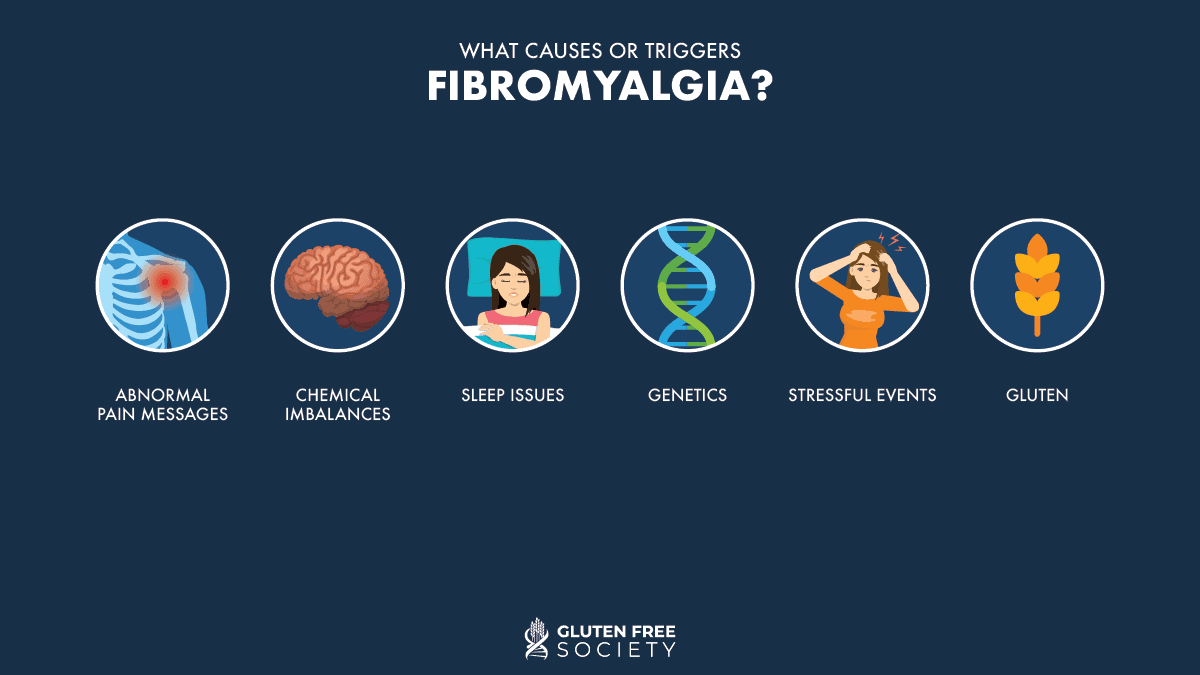 How are gluten and fibromyalgia related?

While many don’t associate fibromyalgia with gastrointestinal concerns, in fact several studies indicate that patients with fibromyalgia have abdominal symptoms. While the significance of this association is generally not well acknowledged, some report a prevalence of irritable bowel syndrome (IBS) in up to 81% of fibromyalgia patients.

Does gluten cause fibromyalgia?

In fact, one small study assessed the effectiveness of a gluten-free diet in seven adult female screening-detected celiac disease subjects, categorized as severe IBS and fibromyalgia patients. At the start of the study, all patients had poor Quality of Life and VAS (pain scale) scores, a high number of tender points and drug prescriptions, and increased Tissue Transglutaminase (tTG) levels (a blood marker for celiac disease). After one year on a gluten-free diet, all of these measures significantly improved in all patients. The number of prescriptions relied upon significantly decreased and tTG returned to normal levels in all subjects.

Another small study followed 20 patients, this time confirmed without celiac disease but with a fibromyalgia diagnosis. All patients were put on a gluten free diet for an average of 16 months. The level of widespread chronic pain improved dramatically for all patients. For 15 patients, chronic widespread pain was no longer present at all, indicating remission of fibromyalgia. These 15 patients returned to work or normal life. In three patients who had been previously treated in pain units with opioids, their drugs were discontinued. Fatigue, gastrointestinal symptoms, migraine, and depression reported by several patients also improved together with pain. Again, this is a small study with wildly promising results that even in patients without celiac disease, a gluten-free diet can help to resolve fibromyalgia symptoms.

How nutrient deficiencies can play a role

Several observational studies have evaluated the nutritional status of patients with chronic musculoskeletal pain like that in fibromyalgia by comparing their dietary patterns with the dietary patterns of healthy, pain-free people or with nutritional reference values. A systematic review of 12 research papers found that those experiencing chronic pain were consistently low in many of the same nutritional deficiencies that are commonly found in celiac disease patients: 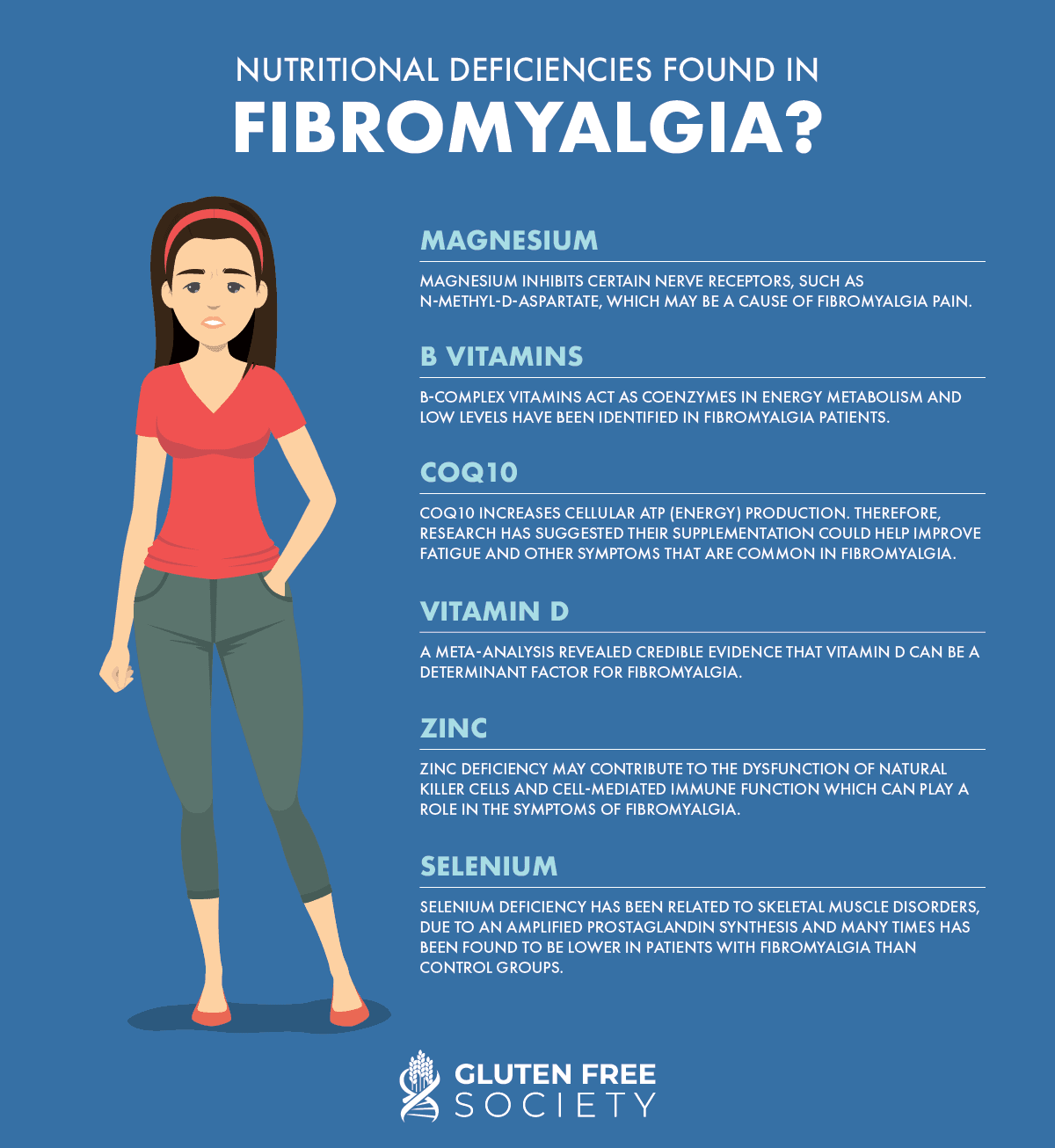 The relationship between gluten and fibromyalgia is still being explored, but the available research is clear that a gluten-free diet holds promise for relief of the wide range of fibromyalgia symptoms.

Want to know more about this? Watch Dr. Osborne’s replay link in the video below!

One thought on “What Causes Fibromyalgia? Researchers Suggest Gluten”