Gluten Sensitivity – A Cause for Anxiety, Depression, and Migraine 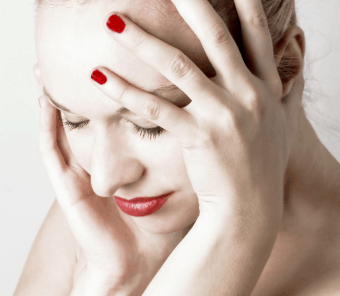 Meet Mary… She is a 34 year old mother of two children – a boy and a girl. She is blessed because she gets to stay home with them, and she loves nothing more than being a mom. Up until last year, Mary was doing just fine (so she thought). And then it happened… At first it was subtle. She started experiencing heart palpitations, muscle twitching in her eyelids and shoulders, and difficulty waking in the morning. Over a few months, these symptoms progressed and worsened. The fatigue became more and more overwhelming. She could sleep for 10 hours and still wake up tired. She started to feel anxious and noticed that her ability to cope with day to day activities became more challenging. The anxiety progressed into severe irritability. She had less patience with her husband and children. She had zero libido, and found herself yelling at her children on a daily basis. A few months of these symptoms went by and then the depression set in. Depression so severe that the act of getting out of bed every day was like an in surmountable battle.

You might be wondering what happened to Mary. What caused all of these symptoms to manifest. Mary wondered the same thing. After trying to cope for months, she visited with her doctor. He was quick to tell her that her symptoms were caused by stress. Mary was prescribed an antidepressant medication and asked to follow up in three months. The medication was called Zoloft. She started using it and noticed that the depression improved, but her energy and ability to think clearly diminished even further. She described this to me as a “brain fog”, “a curtain being pulled over her brain that muffled her ability to think”. After being on the medication for a few weeks, she developed severe constipation, gas, and intestinal bloating. This prompted another visit with her doctor. At this appointment, he ran some blood tests (a standard blood count and chemistry panel). The results came back normal. Mary’s doctor shrugged his shoulders – looking at her, he said –

“According to your tests, there is nothing wrong with you. I am sending you to one of my colleagues. He is a psychiatrist, and should be able to help you.”

Mary followed up with the psychiatrist, hopeful that he would be able to help her overcome her problems. He prescribed two more medications – one was an antidepressant, the other an anti anxiety medication. Mary promptly filled these medications at the pharmacy and became taking them. At this point, Mary started to feel better. Her anxiety symptoms diminished along with her irritability. However; her energy and brain fog never improved, and her battle with constipation continued (only to be relieved by daily use of Miralax).

About three months later, Mary experienced a severe, sharp, stabbing headache. The pain was so intense it took her to the floor writhing in agony. She was rushed to the emergency room by her husband, and physicians there quickly acted by providing IV pain medications. She was diagnosed with migraine headache. Mary recovered from the intense migraine in the ER, and was taken back home with two new prescriptions for pain and migraine prevention. Over the next two months, Mary had 2-3 headaches per week. The pain was debilitating and would last for 12-24 hours only to be relieved by rest in a dark and quiet room.

Her ability to function as a loving mother and wife continued to diminish, and her frustration and despair started to deepen her depression. She decided to visit with a neurologist at this point. Many tests were run, including an MRI of the brain and neck. She was told that her blood work was normal – no anemia, no liver, kidney, or thyroid abnormalities. The MRI results were normal as well. This was the second time that Mary was told – “According to your tests, there is nothing wrong with you.” She was told that her headaches were caused by her stress and depression. She was referred back to her psychiatrist.

It was at this point that Mary visited with me. After reviewing her history and blood work, I found several abnormalities that had not been discussed with Mary by her prior physicians.

At this point, I wanted to investigate deeper, and ran additional tests on Mary. We checked her vitamin and mineral status, analyzed for gluten sensitivity and food/environmental allergies, and evaluated the function of her digestive tract. This is what we found: 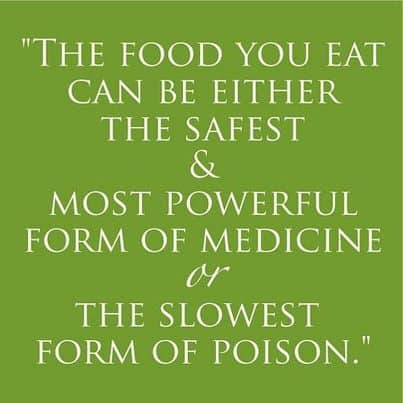 I put Mary on a nutritional regimen with the appropriate dietary restrictions based on her lab work. Within two weeks her headaches were gone, her brain fog and energy levels were dramatically improved, and she started to have bowel movements without needing a laxative. Within two months, Mary’s symptoms were virtually gone and she was medication free. She visited with her psychiatrist and neurologist again. She wanted to let them know what she was doing. They both promptly informed her that food did not have anything to do with her condition, but if she felt better, she could continue with her new diet.
Mary walked out of both appointments disgusted and frustrated. She had spent more than $40,000 in office and ER visits, testing procedures, medications, and doctor appointments to find no solutions. Diet change saved her life. Diet change was free. She was happy to be healthy and functional again. She was sad that doctors refused to acknowledge her path to wellness.

Until nutrition and a functional approach to health is taught in our medical schools, stories like Mary’s will continue to be the norm. I want to hear from you. If you have a story like Mary’s, share it with me. Stories are powerful, they can touch the lives and perhaps even save the lives of others.

37 thoughts on “Gluten Sensitivity – A Cause for Anxiety, Depression, and Migraine”