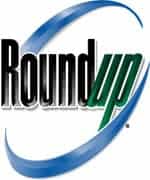 Dr. Osborne: The other one I see is iron deficiencies. Very common. The other big one I see is B vitamins across the board, which we know are synthesized largely by bacteria in the GI tract.

Dr. Seneff: Right. Then molybdenum is involved in sulfite oxidation. People end up with sensitivity to sulfites because they can’t oxidize the sulfite to sulfate, which would make it safe. Sulfite’s very reactive and you need that in the gut, the molybdenum, to be able to detoxify the sulfites, for example, in wine.

Dr. Osborne: Sulfites in other foods that are added, that have added sulfites.

Dr. Osborne: I want to back up just a minute and tie that in, because now I’m thinking as we talk about sulfites, one of the things I see with sulfite reaction is histamine release from the eosinophils and you just mentioned a moment ago the concept of eosinophilic esophagitis. Right? Is that a corollary then that we’re making that that leads to the inability to process sulfites, which leads to mass cell mobilization, histamine release, and subsequent inflammatory damage?

Dr. Seneff: You are right. You know a lot. That’s beautifully said. I couldn’t have said it better myself. You get an inflamed esophagus. That’s a big thing in infants, too. We see a lot of infants that are getting an acid reflux that’s not the normal acid reflux, it’s this other problem which is a new problem today because of this.

Part of that is insufficient supply of sulfate. If you can’t oxidize the sulfite, you can’t make the sulfate, right? You end up with a sulfate deficiency. That I think is behind, as I say on my webpage, you’ll see that sulfate is my big thing. I think sulfate deficiencies behind so many problems in modern society and we have various ways in which it can be caused by glyphosate and that’s just one of them. Many different ways in which glyphosate disrupts sulfate.

Dr. Osborne: I want to get into that, but before we do, I want to bring up another point because you mentioned infants developing acid reflux. What do we see a lot of infants using? Infant formulas, right? These are largely corn and soy based.

Dr. Seneff: It terrifies me.

Dr. Osborne: We didn’t have these problems before. I even see the same thing happening now in elderly because they’re being told to drink drinks like Ensure, which are basically just adult version of baby formula.

Dr. Seneff: Right. Oh gosh. That’s just really scary. The soy, I don’t eat soy unless it’s 100% organic, I just won’t go near it, and corn likewise. I won’t touch it. They’re so contaminated. Both of them are GMO, Roundup Ready, 90% of the crop. Spray the Roundup on it, it doesn’t die, soaks it up.

There is very little monitoring going on. This is the other thing that’s very disturbing. The government thinks it’s safe so we don’t look at it.

Dr. Osborne: It’s just an assumption that it’s safe, that looking forward we don’t have anyone aggressively pursuing any kind of investigation as to the increased modern diseases that we’re seeing, just since the use was implicated.

Dr. Seneff: There are several ways I think that glyphosate disrupts sulfate. One is serotonin. Actually, it’s very interesting, serotonin is sulfated in transit. It’s produced in the gut. Most of the serotonin that’s made in the body is made in the gut, and then it’s shipped to the brain as a sulfated molecule. It’s actually delivering sulfate to the brain.

With sulfate, of course, we have the problem of the sulfide oxidase, which would produce sulfate from sulfide, but there are other ways to make sulfate. They’re also derailed, too. One of the ones that I’ve written about in another paper, we have a proposal that a particular enzyme produces sulfate in the skin in exposure to sunlight, and this enzyme is a CYP enzyme.

If glyphosate is getting into the blood and the red blood cells have this enzyme, we believe they use it to make sulfate. They make cholesterol sulfate, it’s well established that the red blood cells produce cholesterol sulfate, which is then distributed to the tissues to provide both cholesterol and sulfate to the tissues, so this CYP enzyme is going to get disrupted by glyphosate and that’s going to reduce the supply of sulfate in that way, as well.

Glyphosate does the same thing, so we think that glyphosate jams the channel between the gut and the liver such that free sulfate can’t go. We think this is why it’s very interesting that these bacteria overgrow, [inaudible 0:22:46] that produces precresol. Precresol can be sulfated. That becomes a way to deliver sulfate to the liver, packaged up with precresol.

Precresol is a toxic chemical. Once it drops off the sulfate it becomes toxic, so it attacks the liver, but the liver is getting the sulfate that it desperately needs in the process. The gut bacteria are really collaborating with us to maintain the health of the whole system.

Dr. Osborne: As a delivery mechanism, we’re basically getting it to the liver by demand but we’re dropping off toxins to the liver as a result.

Dr. Osborne: Would you or have you come across any research on non-alcoholic fatty liver disease in glyphosate exposure?

Dr. Seneff: I should do that research because I’m sure it’s connected, but I haven’t. I haven’t done that explicitly, so I don’t know if there are papers on that.