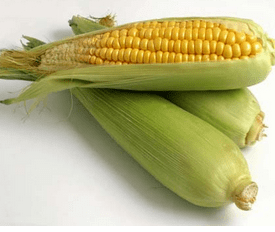 A recent study found that patients with celiac disease can react to “gluten free” bread made with maize (corn) protein. Serum IgA was measured against the prolamine in corn. Previous studies have found similar reactions with corn in patients with gluten sensitivity.

Many of these studies find that the gluten in corn is similar enough to the gluten in wheat and other grains to create an inflammatory reaction in celiac patients. As a matter of fact, one of these studies was just published in Feb. of this year. You can view it here <<< The big problem we are facing is that when doctors measure blood tests for gluten reactions, the test is only measuring the gluten found in wheat. This leads to a potential false sense of security.

Gluten Free Society recommends the avoidance of corn. Typically, people with celiac disease are instructed that corn is a safe food to consume. They are told that is is “gluten free”. The reality is – corn contains gluten. The gluten in corn has not been studied as aggressively as the gluten in wheat and other common grains associated with gluten intolerance. Several recent studies have shown that people with gluten sensitivity react to the gluten in corn.

Remember that most studies focus on antibody production as the outcome for a reaction. Because many celiac patients have IgA deficiency, the test often yield false negative results. The above study used IgA as an outcome measure and (fortunately) found that celiacs react to corn gluten.

The immune system is complex. IgA, IgG, IgM, IgD, and IgE antibodies are only a small part of immune system reactions. Immune cells create a myriad of different inflammatory molecules in response to the environment. Leukotrienes, prostaglandins, eicosanoids, histamines, cytokines, serotonin, etc. Most lab tests being used to identify gluten sensitivity focus only on antibody production. This is a major part of the problem in accurately diagnosing food reactions.

Are You On A Traditional Gluten Free Diet & Still Having Problems?

Remember, some research shows that up to 90% of celiac patients don’t get better on the currently defined “gluten free diet”. Is it because the current definition is wrong? GFS supports the notion that it is. It has been scientifically established that the hallmark villous atrophy found in celiac patients can be caused by more than just wheat. As early as 1972, corn has been shown to create this atrophy, and a recent study shows corn oil as a cause for villous atrophy. Add this to the fact that corn is also a carrier for multiple mold toxins and highly genetically modified. The attributes of this grain are a detriment to those trying to heal.