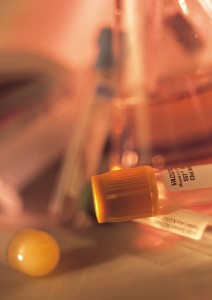 Researchers have identified additional gluten proteins responsible for generating immune damage in patients with celiac disease. These studies help shed more light on the mechanisms behind gluten sensitivity. Additionally, this new information helps dispel the myth that only alpha gliadin (a specific type of gluten subfraction) is responsible for the immune reaction that contributes to celiac sprue.

Unexpectedly, a sequence from omega-gliadin (wheat) and C-hordein (barley) but not alpha-gliadin was immunodominant regardless of the grain consumed.

Gluten is the storage protein found in all grains. Most research focuses on alpha gliadin as the main culprit in gluten intolerance. These studies prove that gluten research is still in its infancy and there is a lot more that we do not know about the scope of gluten proteins and the damage they can stimulate.

Additionally, these studies point out more flaws in laboratory testing used to identify gluten sensitivity. Anti gliadin antibodies are commonly used to measure immune responses to alpha gliadin. In light of this recent research, one can see the limitations in only measuring reactions to the alpha gliadins, as omega gliadin, C-hordein, and other gluten fractions were found to also to cause immune stimulation. Additionally, research from the early 50’s (Haas SV and Haas MP: Management of celiac disease, p x. J B Lippincott Company, Philadelphia, 1951.) on 600 celiac patients revealed that using a specific carbohydrate diet (eliminating all grain) led to…

complete recovery with no relapses, no deaths, no crisis, no pulmonary involvement and no stunting of growth.

Because all grains contain gluten (in different forms), and only a fraction of these glutens have been studied, it is foolish to assume that traditional gluten free substitutes are safe for consumption for the gluten sensitive individual. Consider the following research conclusion:

Also of note is the fact that the origin of the idea that wheat, barley, and rye gluten as the only cause for celiac disease is based on a study performed on only 10 people. It is time to ask yourself the following question…