How the Gluten Free Society was Born 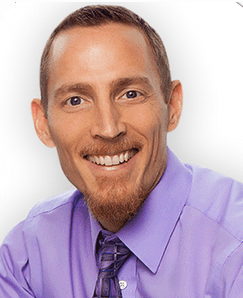 Dr. Peter Osborne is a doctor of chiropractic, doctor of pastoral science, an expert in functional nutrition, and is Board Certified with The American Clinical Board of Nutrition.

Often times referred to as “The Gluten Free Warrior”, he is one of the most sought after alternative and nutritional experts in the world. He has had the honor and privilege of sharing the stage with some of the world's most well known and internationally recognized experts to include Alessio Fasano, MD, Russell Jaffe, MD, PhD, Steven Gundry, MD, Joe Mercola, DO, Yehuda Shoenfeld, MD, and Dr. Josh Axe.

He is one of the world’s leading authorities on gluten sensitivity, and lectures nationally to both the public as well as doctors on this and many other nutritionally related topics. He is the founder of Gluten Free Society, the author of The Gluten Free Health Solution and The Glutenology Health Matrix, a series of digital videos and ebooks designed to help educate the world about gluten. In addition, he is the author of the international best-selling book, No Grain No Pain, published by Touchstone (Simon & Schuster), which was also printed in 5 languages and turned into a PBS special that aired nationwide.

Because of his work with gluten, Dr. Osborne was invited to speak at the Harvard Faculty Club with functional medicine advocate, New York Times best-selling author and TV icon, Suzanne Somers. Because of his passion to educate the world about the relationship between gluten and autoimmune disease, he founded, financed, and hosted, The Autoimmune Revolution I & II- a free online educational series featuring more than 40 of the world's leading experts on autoimmune disease and nutrition.

Dr. Osborne has been a featured expert in a number of documentaries including, Betrayal, Autoimmune Secrets Revealed, and the Netflix series, Afflicted.

Dr. Osborne has served as the executive director and the vice president for the American Clinical Board of Nutrition. He was an adjunct professor at HCC and Texas Women's University teaching nutrition and neurophysiology to nursing and occupational therapy students. He currently serves on the advisory board for Functional Medicine University.

He has been featured in or on Netflix, Fox News, CBS, PBS, The New York Post, Muscle & Fitness Hers, Celiac.com, The Gluten Summit, Radio MD, The People’s Pharmacy Radio, The Journal of Gluten Sensitivity, and many other nationally recognized publications.

Many Doctors don't Understand The Full Spectrum of Gluten Sensitivity

Gluten Sensitivity, sometimes referred to as non celiac gluten sensitivity (NCGS) is not being thoroughly taught in medical schools. That is because it is a relatively new subject that is still being studied worldwide, and the science is evolving extremely fast. Therefore, much of the recent research in this field is unknown by many medical practitioners, leaving many patients in the dark about the connections between gluten and disease.

Early in his career, Dr. Osborne was fortunate enough to find out about gluten sensitivity, while helping a young girl who was given a terminal diagnosis. Ginger was 9 years old when her mother sought out Dr. Osborne's professional help. She had been diagnosed with juvenile rheumatoid arthritis, and was told that she only had 6 months to live. It was determined that her disease was actually triggered by gluten, and after going gluten free, Ginger made a full recovery from her illness. Ginger's health transformation is one of the reasons that Dr. Osborne founded Gluten Free Society. Millions of people are suffering with gluten induced autoimmune illnesses, and have no idea that a simple diet change could potentially save their lives.

Please take advantage of all the articles and videos contained on this site. Many of them can be found in the video archives or on the Gluten Free Society Blog. Watch and read them, and use this information to educate yourself so that you understand more clearly how to navigate the gluten free lifestyle and ultimately improve your health.

Whether you're curious about gluten because you are experiencing symptoms related to exposure, or have actually been diagnosed with celiac disease or some other form of autoimmunity, if it's gluten-related, there is hope and help for you here.

Goals of The Gluten Free Society:

Always Looking Out for You,

One thought on “About The Gluten Free Society?”