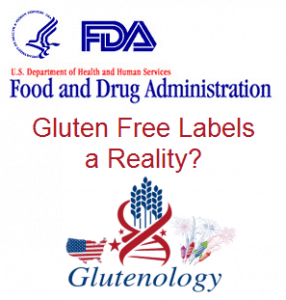 Last week the FDA finally approved on a label definition for “gluten free” products. After years of mounting pressure, it is good to see this new labeling law hold food manufacturers to a greater degree of accountability. The magic number is 20 ppm. That means – 20 parts per million (about the size of a bread crumb). When the law goes into effect, any product containing more than 20 ppm will not be able to be labeled as gluten free.

Here are The Take Aways From the FDA Ruling

Why This Ruling is Not Helping Anyone Heal

The crux of the problem is not in labeling, it is in the products themselves. Most of the food manufacturers will have you believe that genetically altered, non-organic, chemically loaded, processed foods are a good alternative in your gluten free diet. They aren’t. Believing that they are and buying them won’t change that fact. Junk food is junk food. Unhealthy food is unhealthy food.

What do you think about the new ruling? Leave your comments below…
Dr. Osborne – The Gluten Free Warrior

One thought on “FDA Finally Goes Gluten Free – Sort of…”