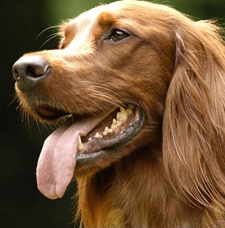 A study published in the journal Gut demonstrated that gluten can induce enteropathy in Irish Setter dogs.

How would you like to be placed on a kibble diet only consisting of grain and processed fillers? Wait a second… doesn’t that describe the average American diet (minus the kibble shape of course)? It is no wonder that household canines continue to get sicker and fatter in record numbers much like their human counterparts.

Dogs eating grain is just another example of how eating against the genetic code contributes to disease. For more on how to properly feed “man’s best friend” properly read the BARF diet

One thought on “Dogs are Gluten Intolerant!”