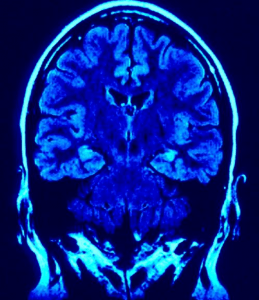 Adults are also affected by food and/or chemical allergy. When Dr. Philpott, a US allergy expert, examined 250 emotionally disturbed patients for a possible presence of food/chemical allergies, using elimination and challenge diet, he found that the highest percentage of symptoms seemed to occur in patients diagnosed as psychotic [x]. For example, out of 53 patients diagnosed as schizophrenic, 64% reacted adversely to wheat, 50% to cow’s milk, 75% to tobacco and 30% to petrochemical hydrocarbons. The emotional symptoms caused by allergic intolerance ranged from mild central nervous system symptoms such as dizziness, blurred vision, anxiety, depression, tension, hyperactivity and speech difficulties to gross psychotic symptoms. At the same time, the individuals also experienced various adverse physical symptoms such as headaches, feeling of unsteadiness, weakness, palpitations and muscle aches and pains.

Allergies Cause a Multitude of Symptoms

These studies are prime examples of how problems created by allergies often produce a multitude of physical and mental symptoms and affect many body symptoms. They not only can affect the central nervous system and the brain, but also usually affect the whole body in various ways. Furthermore these allergies are very specific for each individual, i.e. the same foods/chemicals hardly ever produce the same symptoms in different people. Therefore the diagnosis can only be made individually by using a so-called elimination and challenge diet, where specific foods and/or chemicals are first eliminated for a period of time and then carefully re-introduced. If reactions occur, the diagnosis is positive. It should be noted that this elimination/challenge diet test should always be done under expert supervision, particularly if symptoms include epileptic fits, asthma, schizophrenia or severe depression.

Here are a few examples of how this elimination and challenge diet have been used safely and effectively in treating people suffering from various mental health problems.

Thirty patients suffering from anxiety, depression, confusion or difficulty in concentration were tested, using a placebo controlled trial, as to whether individual food allergies could really produce mental symptoms in these individuals. The results showed that allergies alone, not placebos, were able to produce the following symptoms: severe depression, nervousness, feeling of anger without a particular object, loss of motivation and severe mental blankness. The foods/chemicals which produced most severe mental reactions were wheat, milk, cane sugar, tobacco smoke and eggs.

Routinely treated schizophrenics,, who on admission were randomly assigned to a diet free of cereal grain and milk while on the locked ward, were discharged from the hospital about twice as rapidly as control patients assigned to a high-cereal diet. Wheat gluten secretly added to the cereal-free diet abolished this effect, suggesting that wheat gluten may be a cause of schizophrenic symptoms in susceptible individuals.

Two recent reports estimate that 2 in every 10 people now suffer from allergies. The young developing nervous system seems to be particularly vulnerable to any allergenic or toxic overload, leading frequently to various behavioral disorders such as hyperactivity and learning disabilities. A further survey estimates that at least 1 child in l0 may react adversely to some common foods and/or food additives.

Nutritional treatment is the Answer 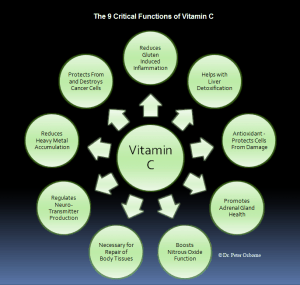 Several vitamins are noted for their effectiveness in reducing allergic symptoms. Vitamins C and B6 are probably the most effective. Dr. William Philpott has used both of these vitamins intravenously to turn off allergic symptoms provoked by testing for allergies. the patient on adequate vitamin C will have fewer allergic symptoms. B6 should be given to the point of nightly dream recall and the minerals calcium and potassium should be in plentiful supply in the diet. Zinc and manganese are also needed by the allergic patient. Elimination of the offending foods may be needed for several months. For multiple food allergies, in which this approach would severely limit the diet, a four-day rotation diet in which each food is eaten only once every four days should be tried. If this approach is unsuccessful, intradermal allergy testing to determine the degree of allergy and the neutralizing dose of each allergen is recommended.

Intradermal testing, which is the method we use at the Princeton Bio Centre, is based on reliable skin testing procedures that are controlled, sensitive and effective methods of diagnosing food and/or inhalant allergies. Diagnosing a specific allergy consists of an intradermal injection (under the top layer of skin of the upper arm) of the food or inhalant extract in varying dilutions to determine the exact degree of sensitivity. Mild symptoms may or may not be provoked by this method. However, allergic symptoms can be reversed by a subcutaneous injection of the neutralizing or desensitizing dose. The individual would then receive neutralising injections twice a week and would be allowed to eat foods that had been tested. For the multiple-allergic, a combination of neutralising injections for the severe allergies and a rotation diet for the less severe is often the most practical approach.

Many different kinds of tests exist for allergies, one of which is to test the levels of proteins called immunoglobulins in the blood. Traditionally, allergy tests measure the levels of IgE produced when the immune cells are exposed to a particular substance. This immunoglobulin is responsible for classical and immediate allergic reactions. However, more and more scientific attention is being focussed on IgG reactions which are thought to be behind delayed reactions and possibly accounting for the majority of allergies. Tests now exist to measure the quantity of IgG antibodies produced to different foods. These tests may prove to be even more reliable that previous intradermal testing [x].

Most patients with food allergies also tend to have pyroluria, a stress phenomenon associated with excess pyrroles in the urine which bind vitamin B6 and zinc. Some allergies, such as those associated with wheat, are accompanied by damage to the intestinal mucosa (coeliac disease), resulting in the malabsorption of zinc and/or B6, as well as other nutrients. When the gut wall becomes more leaky this increases the chances of incompletely digested food proteins getting into the blood and causing allergy. Healing the digestive tract is therefore a prerequisite to dealing with allergies.

Allergic patients may react adversely when exposed to food dyes, aspirin, foods with salicylates, food additives, food preservatives, and the insecticides used to reduce spoilage of food. Organic food eating is therefore recommended and carefully chosen vendors become most important. Was insecticide used? Were crops sprayed? Was a preservative added? The members of one allergic family were literally driven from their home in Connecticut when the government officials decided to spray the whole landscape to kill the gypsy moths. Air deodorants and perfumes may also be offenders. In air travel one can smell the surge of deodorant wafting through the cabin at regular intervals, to the dismay and discomfort of those allergic to petrochemicals.

The ultimate outcome of careful diagnosis and treatment of the allergic patient with cerebral symptoms may be excellent. The patient must, however, watch for new allergies and follow the carefully prescribed diets and routines of avoidance.

Hidden sensitivity to one’s daily bread may well be the cause of compulsive and ritualistic behavior, impaired speech development and mood and behavior changes. Not everyone can digest wheat, rye and other cereal grains. This condition is known as ‘coeliac disease’, and secondary symptoms may result. In coeliac disease, food may go through the gut undigested. Recent studies have indicated that coeliac disease may be responsible for many cases of ‘schizophrenia’. Evidence is accumulating which links various psychiatric disturbances with malabsorption caused by cereal grains, and it is becoming increasingly apparent that for many individuals, daily bread is much less than a blessing.

One of the earliest observations of the relationship between cereal grains and schizophrenia was reported by Dr. Lauretta Bender in 1953, when she noted that schizophrenic children were extra-ordinarily subject to coeliac disease[x]. By 1966 she had recorded 20 such cases from among more than 2000 schizophrenic children. In 1961 Graff and Handford published data stating that during one year, four out of thirty-seven adult male schizophrenics admitted to the Institute of Pennsylvania Hospital, Philadelphia, had a history of coeliac disease in childhood[x]. These early observations greatly interested Dr. Dohan of the Hospital of the University of Pennsylvania. He noted the these data indicated that ‘schizophrenia’ occurs far more frequently than chance would predict in children and also in adults with coeliac disease. Dohan believes that an inherited susceptibility to both coeliac disease and ‘schizophrenia‘ may indeed exist and that one may contribute to the development of the other.e

Did you miss part 1? GFS would like to recognize and thank our guest author – Patrick Holford.

One thought on “Are Food Allergies Affecting Your Brain? Part 2”