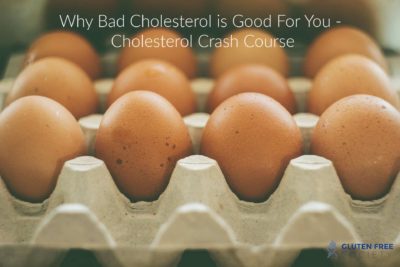 Not so long ago, many doctors and researchers began waging a war on the fat found in food, highlighting the many negative effects that it could have on the body. One of these negative effects was raising cholesterol leading to heart disease, stroke, atherogenesis, and ultimately an early death.

However, as more and more people started to take statins, or medication to lower their cholesterol, and jumped to get rid of fat in their diet, cases of cardiovascular disease actually started to rise. Ultimately, this begs the question, “Is ‘bad’ cholesterol really that bad?”

What is “Bad” Cholesterol?

While there are a few different types of cholesterol found in the body, the one that often gets the bad rap is referred to as LDL or Low-Density Lipoprotein. As its name suggests, this form of cholesterol is made up of both fat (lipo) and protein. Many doctors tout that large amounts of LDL can increase the risk of heart disease, stroke, and atherogenesis, or the development of atherogenic or atherosclerotic plaque in the blood vessels.

It is believed that over time, this plaque will continue to build and may eventually break off, allowing it the ability to getting lodged in a spot that will reduce blood flow to the heart, brain, or lungs, leading to a heart attack, stroke, or pulmonary infarction. Because of this fear, many doctors suggest lowering LDL levels and are quick to prescribe a change in diet, as well as, a statin medication. However, not only can statins lead to a deficiency in several key nutrients, but, for many, employing a low-fat diet usually means turning to processed foods loaded with carbohydrates and sugar.

The Function of LDL

What most don’t realize, however, is that only 25% of low-density lipoprotein cholesterol actually comes from diet. The other 75% is made “in-house” by the liver and apart from the harm that doctors and patients see, it has several important functions within the body.

One of the vital functions of LDL is its role in forming the membranes of every cell. It allows the membrane to be permeable which permits the flow of nutrients in the cell and waste out of the cell. Without it, the cell membrane could not receive proper nutrients and waste would be trapped, hindering its ability to function.

Furthermore, this type of cholesterol also plays major roles in:

The Effects of Lowering LDL

Since the body naturally makes low-density lipoproteins, lowering it through diet and medication could actually have harmful results. One of the greatest impacts is the body’s ability to make testosterone. This hormone, found in both men and women, when reduced, can decrease muscle mass, affecting not only the heart, but the ability to exercise, energy production, and can even make individuals more prone to injury.

It also impacts estrogen and progesterone, leading to issues with bone density and high infertility rates in women as young as their 20’s and 30’s. Additionally, this low-density lipoprotein plays a major role in nerve and synapse production. Therefore, without it, communication between nerves is hindered impacting the Autonomic Nervous System (ANS) and Cardiovascular Nervous System (CNS). 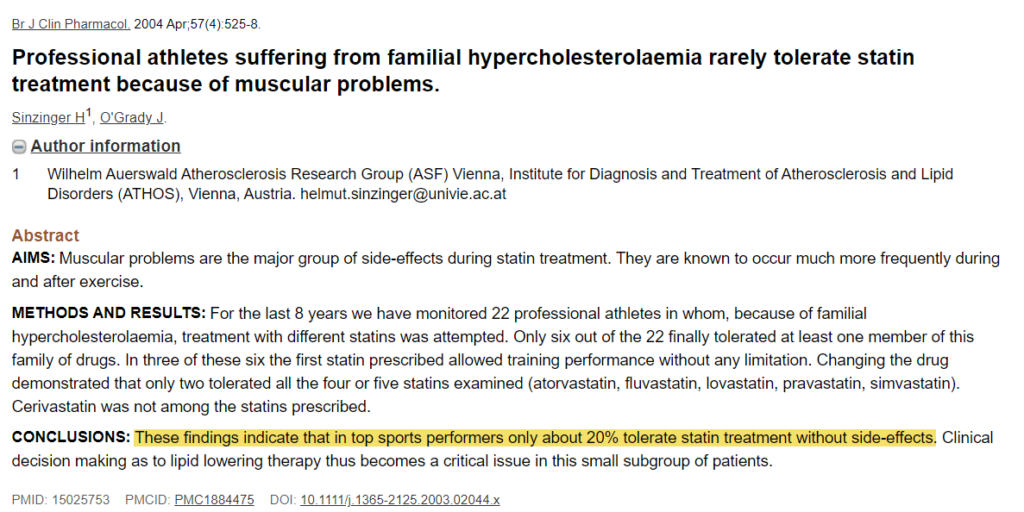 As mentioned, when LDL numbers reach a certain point, many doctors will start to prescribe medication referred to as a statin. Depending on when they are tested, some men and women will be on this medication for years which can have significant repercussions on the body. These include:

For those employing statins, around 80% of them have side effects like neuropathy and myopathy, but doctors often refuse to listen. They think that these symptoms are being caused by something else and prescribe more medication rather than getting to the root of the problem. This leads to an endless cycle of taking medications which causes nutritional deficiencies leading to more symptoms and eventually more medication.

Who May Need a Statin?

While most people are not in need of this medication, there is a small group that could benefit. This group includes those with a genetic factor for hypercholesterolemia, where their cholesterol numbers stay astronomically high. These individuals are not just those with a family history of high cholesterol, they are actually genetically predisposed to have a higher LDL.

For most, however, the evidence shows that lowering LDL could actually increase the risk of dying sooner. In fact, what many don’t realize is that less than 50% of people who have had a stroke or heart attack actually have high cholesterol. This evidence begs the question of whether statins are really needed and worth it.

While it can be encouraging to learn that cholesterol may not be responsible for many of the negative impacts doctors claim, that doesn’t give a license to stop paying attention to what you eat. It is still vital to maintain a diet filled with natural, clean ingredients and to stay away from processed foods.

While fat and cholesterol may not be as detrimental as originally thought, researchers, more and more, are discovering the negative effects of sugar and some carbohydrates. Therefore, stay diligent in exercising and eating right to care for your body properly and to live a long, healthy, active lifestyle.