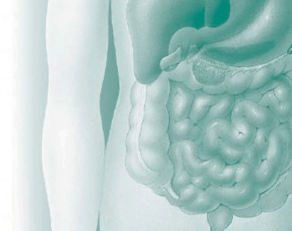 A recent paper published in the Annals of the New York Acedemy of Sciences connects intestinal permeability (AKA leaky gut syndrome) with the development of autoimmune diseases. The authors base their findings on what we know of celiac disease and Type I Diabetes. Both diseases share the same HLA-DQ genetics. As well, they both share the same environmental trigger – Gluten.

Most people assume that celiac disease and gluten sensitivity are the same thing. This archaic thought is rapidly changing. Although it is well established that gluten often impacts the villi of the small intestine, it has been shown to affect the body in a variety of other ways. These differences account for the massive failure of doctors to diagnose gluten sensitivity. Below is a diagram of environmental triggers to intestinal permeability (leaky gut). You will find that gluten sensitivity can directly and indirectly contribute to this problem. To the keen observer, this diagram illustrates why simple antibody testing fails to accurately diagnosis gluten sensitivity. Antibody production is only one lab component of a multi-faceted problem. 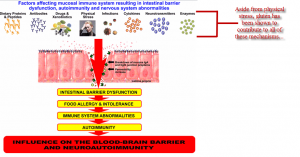 How Does Gluten Play a Role in All of These Factors?