Cholesterol Lowering Medications and Gluten – What you should know

Gluten can cause an elevation in cholesterol levels leading to the prescription of a class of drugs known as statins. Common examples include Zocor, Lipitor, and Crestor. Unfortunately, these medications can contribute to a variety of health problems. The following video discusses what you should know…

The medications used to lower cholesterol cause nutritional problems that increase the risk of heart disease and diabetes. In essence, medicating cholesterol is an exercise in futility. Consider the diagram below: 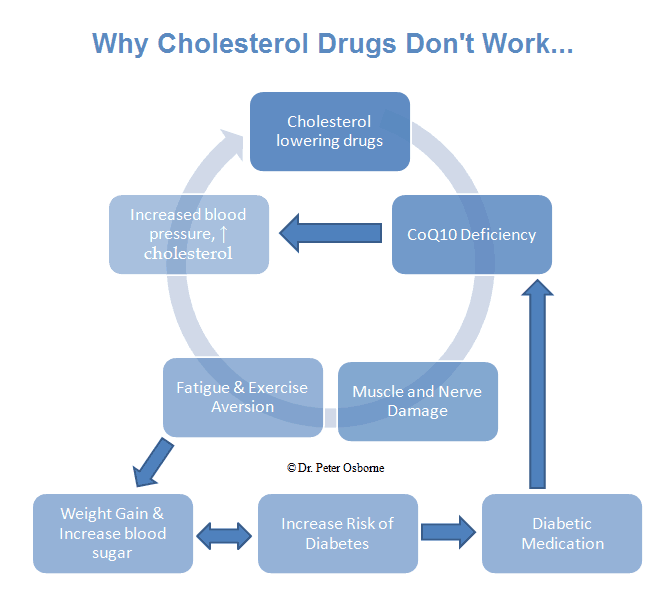 Gluten is a common cause of high cholesterol

In my clinic, I commonly see patients with high cholesterol. Going gluten free for many of them leads to dramatic reductions. I have seen 100 point drops in some patients. The irony in this is that many doctors and nutritionists will recommend whole grain as a treatment recommendation. You see the same recommendations coming from the TV. Honey Nut Cheerios, Shredded Wheat, etc – all being pushed to help drop cholesterol levels. It is estimated that anywhere between 3-30% of the U.S. population has a problem with gluten sensitivity. It would be appropriate for health care providers to take note and demand a change in the generic recommendations being given. It would also be prudent for the government to take note and make drastic changes in the food guide pyramid, as it is the tool being used to teach our children about proper nutrition.

38 thoughts on “Gluten and High Cholesterol”