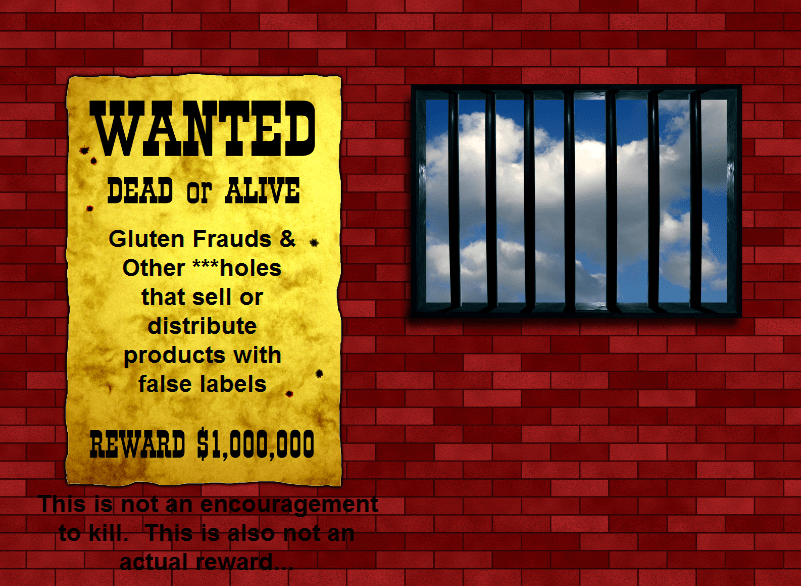 According to a published report by the Associated Press yesterday, Paul Seelig, (the man who sold bread with a false gluten free label) was sentenced to 9 years in prison. Paul is the owner of Great Specialty Bread Company. He was investigated by North Carolina state authorities after many people buying his bread turned up getting sick. He was charged and convicted of 23 counts of fraud.

A few weeks ago, there was a big to do about a chef who was bragging about serving patrons gluten despite their requests for gluten free foods.

Now we have another example of a company trying to profit in an unethical manor and without regard for the health of his customers. Fortunately, the legal system took appropriate action and made an example of this man. This example will hopefully help other unethical business owners take gluten free more seriously.

What do you think? Was his sentence too harsh? Was is not harsh enough? Was it appropriate? Leave me your comments below…