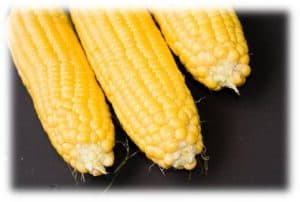 Many gluten free products use corn as an assumed safe grain substitute. Are you buying into this myth? Is corn gluten free?

A Study published in the journal Gut identified that corn gluten caused an inflammatory reaction in patients with celiac disease.

“The observation that corn gluten challenge induced an abnormal NO reaction in some of our patients with CD is intriguing as maize is considered safe and is recommended as the substitute cereal in a gluten free diet.”

Is corn gluten free? Corn is a grain. Corn has gluten. Many believe that corn gluten does not induce damage the same way that wheat, barley, and rye do. The fact of the matter is, gluten has not been studied adequately. Most of what we know about celiac disease and gluten have to do with gliadin (the gluten found in wheat only). As a nutritionist with over 10 years of experience guiding those with gluten sensitivity, I have seen corn be a severe problem for the majority of gluten intolerant patients. Many claim that they don’t react to corn and feel fine after eating it. The same can be said of those with silent celiac disease. Remember that a lack of symptoms does not mean that internal damage is not occurring. All of that being said, we should not make assumptions. Common sense and intelligent thought should be used as a basis for our dietary decisions. Gluten aside, consider the following about corn:

Many consumers bow to the alter of “Gluten Free” packaged foods as if the label is a safety net. “Gluten Free” on the package does not mean that the food is healthy. Do not deny yourself the God given right to be healthy.

Remember, corn has gluten. The gluten in corn has not been adequately studied. Many studies to date have shown that corn induces inflammatory damage in those with gluten sensitivity. Almost half of all celiac patients don’t get better on a wheat, rye, and barley free diet. Is there a link between corn and refractory celiac disease? At this point in time we do not know for sure, but 10 years of clinical experience with gluten intolerant patients reacting to corn is enough data for me.

If we really want to live the gluten free way, then it is best to be grain free even if it is corn gluten. While everyone has to do their own research please consider all the facts mentioned above about corn gluten.

To learn more about being gluten free and corn gluten… Please Stay tuned!

Sign up for free weekly updates here…No spam, just help for you going gluten free! If you think you may be gluten intolerant, take the sensitivity test!

49 thoughts on “Corn and Celiacs Disease”