Are You Eating Any of The Top 5 Banned Foods?

Top 5 BANNED foods (Are they in your house?)

Yesterday, my friend and controversial nutrition “Nerd” Nick Pineault sent me this concerning article. It turns out that a lot of banned foods end up in our grocery cart, and contain hidden toxic chemicals that increase your risks of disease, hormone disruption, and obesity.

Read the article below and get informed. Make sure to share it as well. Together we can help more. 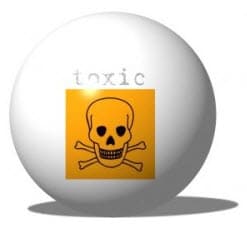 Banned foods in your plate?

Author and investigator, The Truth About Fat Burning Foods

Every day, Americans eat tons of dangerous banned ingredients, and chances are you’re one of them. I don’t mean to scare you, but to simply tell you the truth. I’ve spent the last 7+ years researching how our food is made, and discovered dark secrets I have to tell the world – even if it makes me the most HATED expert by the big companies.

Here’s my top 5 banned ingredients that end up in most plates:

It’s banned in the European Union, China, and Taiwan – but Consumer Reports found this dangerous drug in 20% of all pork products. Oh, and as a side note – recent studies also found that 81% of all supermarket meats in the US are contaminated with antibiotic-resistant bacteria which damage your gut flora and slow down your metabolism and ability to maintain an healthy body weight.

While Canada, Australia, New Zealand, Japan, Israel and all European Union countries banned the use of rBGH, this hormone used to increase cows’ milk product is still used in all 50 states. The use of rBGH increases the levels of insulin like growth factor – 1 (IGF-1) hormone in the milk by at least 6 folds, increasing risks of various cancers.

Over 50 countries require labeling of GMO foods, and many of them banned GMOs altogether. In the US, GMO foods are NOT labeled – even if 91% of the population feels like they should be. Because 90% of all soy, corn, canola and sugar (sugar beet) in the US is now GMO, Americans eat their weight in GMO foods each year. The first-ever lifetime feeding study on the potential health risks of GMOs was published in September 2012. The results of feeding rats GMO corn for two years were very scary:

Called a cancer threat by the CSPI since 1999, banned from dozens of countries, this ingredient is still used in bread these days as a dough conditioner and preservative. It can combine with gluten and make it even more toxic.

This antibiotic used on honey bees has been banned in the US for years, but can still be found in cheap supermarket honey (along with heavy metals) that comes from China. The concerning thing is that a recent study found that 75% or more of all the honey in the U.S. may be Chinese honey sold as American honey.

Scary, I know. But I know you want to learn the dirty truth about food, and to make the right choices. You can do just that here:

2 thoughts on “Are You Eating Any of The Top 5 Banned Foods?”