In the 1970s, scientists were beginning to recognize the detrimental effects of sugar on the body. Fearing it would hurt their industry, executives of sugar companies paid off scientists and quickly squashed these findings.

Soon, fat became the villain with more of it being taken out of food and replaced with sugar to maintain a decent taste. But, as illnesses and diseases became more prevalent, even without fat, it became obvious to many that these sugary substitutes were truly the instigator behind these.

A Note on Sugar

When talking about sugar, it’s important to note that this refers to added sugars, not those naturally found in vegetables and fruits. This could include dextrose, sucrose, treacle, high fructose corn syrup, and several others. Often, these are hiding out in packaged foods, candy, lunch meats, and cured meats. 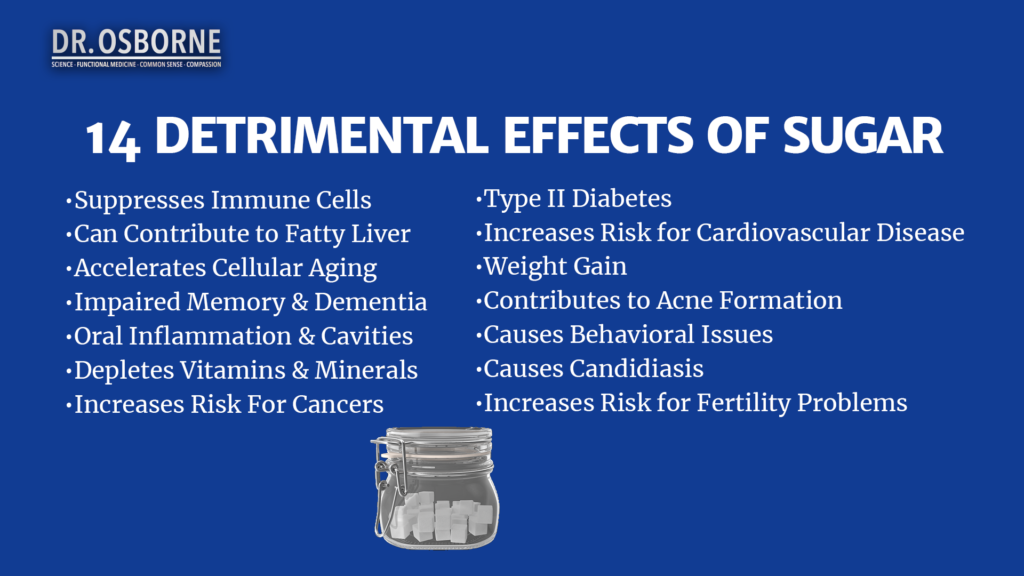 The first toxic effects on the body from eating sugar is immune suppression. Up to five hours after ingesting it, neutrophils, or white blood cells that defend the body, are still found to be lazy and not as responsive as they should be. This means that eating sugary substances throughout the day could lead to constantly suppressing neutrophils.

In doing so, individuals are more susceptible to colds, flu, and immune type diseases, as well as an increased risk of cancer. While this may not occur with the occasional consumption of sweets, those who regularly consume sugary foods and drinks will be greatly impacted.

Because the liver has a hard time processing fructose, which is found in most processed foods today, overconsumption of it can lead to fatty liver disease. This is non-alcoholic and non-drug induced liver damage that provides a toxic build-up over time. While many overseas countries use sucrose, which is not as devastating to the liver the U.S. still primarily uses fructose leading to catastrophic effects.

Though more and more research is being done on this topic, many people don’t realize that excess sugar consumption can actually lead to accelerated aging. Eating too much can create a free radical reaction in the body that damages proteins and produces the compound AGEs, advanced glycation end products.

The bloodstream becomes sticky affecting how proteins are folded and their ability to work well. These proteins are vital in delivering vitamins and nutrients to tissues in the body. Without them, the body cannot heal or repair as quickly and aging will occur faster because of damaged tissues and DNA.

Similarly, AGEs that are created through eating too many sugary substances can also create memory dysfunction. These AGEs end up in the brain which leads to inflammation and an inability of neurons to fire and communicate with each other. Because of this link, some are starting to call dementia “Type 3 Diabetes.”

Everyone has heard that eating too much sugar can cause caries or cavities in the teeth, but few understand the lasting impact of this. Consuming sugary foods feeds the wrong bacteria in the mouth, producing acids and chemicals that affect the tooth enamel and create a cavity. Additionally, inflammation of the gums can occur, making collagen weaker and one more susceptible to losing teeth.

Without teeth, individuals are unable to get proper nutrition. Chewing is the first step in the breakdown and absorption of food leading to vitamins and minerals. Without these, the body is unable to heal and repair, generate energy, boost the immune system, and protect itself from the environment.

While it may seem odd, sugar can actually deplete the body of important vitamins and minerals. Essentially, it is an empty calorie, providing no nutritional value, but requiring B-vitamins and minerals like chromium, magnesium, zinc, and selenium to break it down and acquire energy. Over time, this can deplete the stores of these nutrients and leave an individual malnourished.

As mentioned, too much sugar consumption can suppress the immune system, leaving the body exposed to illness, disease, and even cancer. Cancer is the second-highest cause of death in the U.S. and many people are making it even harder to combat with their diet. Not only will it feed cancer cells, but it makes them stronger and provides a better capacity to grow.

Though many don’t want to admit it, sugar is a causative agent of type 2 diabetes and it really is a disease of choice. Those who have it have the ability to put it into remission, but they must be willing to change their diet and stick with these changes long term.

Another leading cause of death in the U.S. is cardiovascular disease. Again, with the overconsumption of sugars in the diet, AGEs are created leading to an inflammatory response in blood vessels and damage to the vascular endothelial lining. This can then lead to an increased chance of heart disease and atherosclerotic plaque formation.

Increased blood pressure and triglycerides, or fat in the bloodstream, can also occur. The body converts sugar into triglycerides and stores these as fat, eventually leading to fatty liver and weight gain.

While many are told by dermatologists that acne has nothing to do with diet, one of the most popular treatment plans for it is a vitamin A cream. Not only could this mean that an individual has a vitamin A deficiency, but it suggests there is something going on internally that is expressing itself externally.

Sugar causes an inflammatory process which can manifest as inflammatory acne. Additionally, it can really affect hormone levels. Men who switched to a low sugar diet saw a drop in estrogen by 25%, while too much in women is known to accelerate androgen production.

When given high levels of sugar, especially in children, an obvious decline in behavior is seen. Unfortunately, many school cafeterias are pumping students full of processed foods and then are frustrated when they don’t behave in a certain way. This leads to children being diagnosed with ADHD and placed on medication like Ritalin and Adderall, which affect the same receptors in the brain as cocaine.

However, improvement in behavior issues is as simple as changing the diet. One study found that students who were given nutritious food at lunch improved their academic performance by 17-18%.

Candidiasis or yeast overgrowth can also occur with too much sugar consumption. While candida Albicans is a yeast naturally found in the body, it can quickly become problematic with diet. Too much sugar can cause it to grow in excess, taking vitamins and minerals from ingested food, the liver, and GI tract.

As fermentation occurs, alcohol is produced in a condition known as Auto Brewery Syndrome. The byproduct of this condition is acetaldehyde which can lead to slow cognitive function and damage to the brain and liver.

Across the U.S. epidemic rates of infertility are occurring in both men and women which some are also tracing back to the rise of sugar consumption. In women, it is contributing to Polycystic Ovarian Syndrome, or diabetes of the ovaries, while men are seeing their hormones affected and sperm mobility reduced. Though many are opting for fertility treatments and surgeries, it may be more beneficial to look at changing the diet before taking such drastic measures. 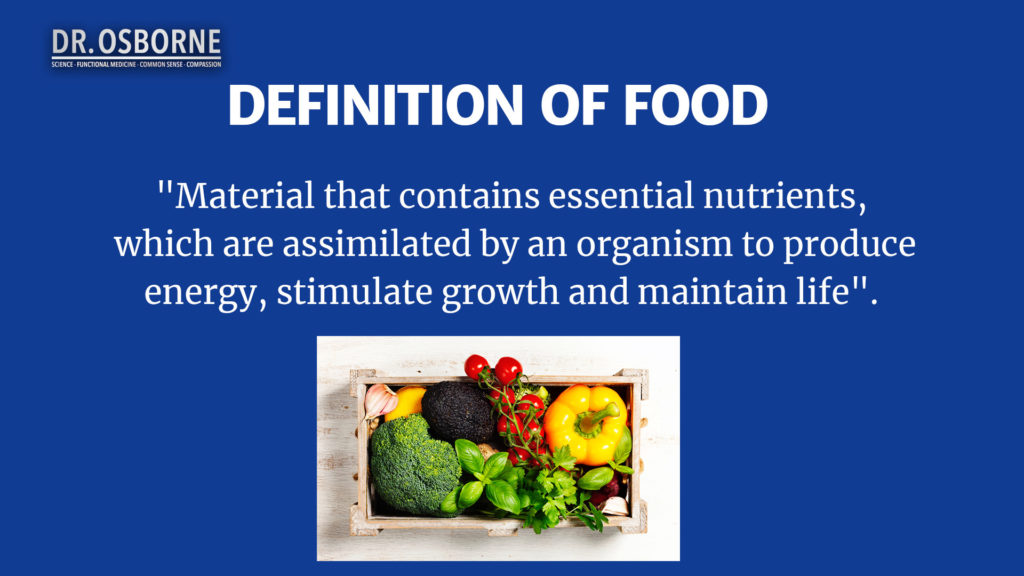 While this may seem like a silly question, it is one worth pondering as it relates to our diet. Food is supposed to provide nutrients which then help to produce energy, stimulate growth, and maintain life – all of which sugar does not. So stop putting yourself at risk of these 14 detrimental effects and take steps to better your body and your health by making changes and improving your diet.

2 thoughts on “14 Reasons Sugar is Toxic”