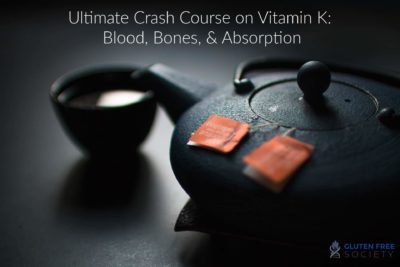 If you have ever had a baby or know someone who has recently given birth, you may have heard them talk about their child receiving a shot immediately after delivery. This shot actually delivers a small, but important dose of Vitamin K, or Phylloquinone. So what exactly makes this nutrient so crucial that it’s administered immediately upon birth?

What is Vitamin K? 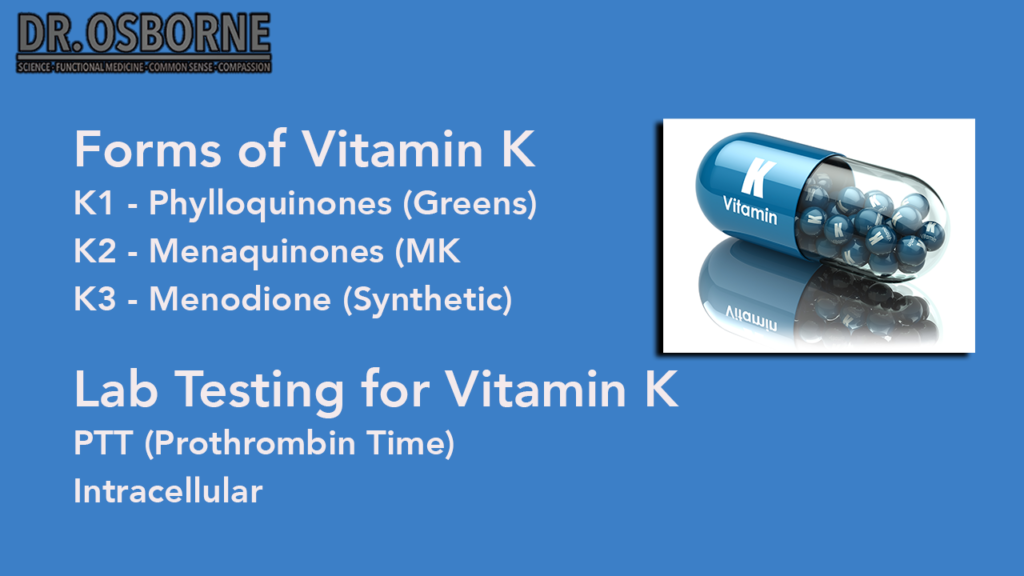 Vitamine K, which comes in three different forms, K1, K2, and K3, is a fat-soluble nutrient with no known toxicity levels in its natural form. K1 and K2 can be found in food, while K3 is a synthetic version that has been known to cause issues for consumers.

K1 is often referred to as Phylloquinoe and K2 as Menaquinone, or MK. There are several different forms of MK that are popular supplements due to their absorption efficiency. Specifically, these include MK4 and MK7.

Where Can it be Found? 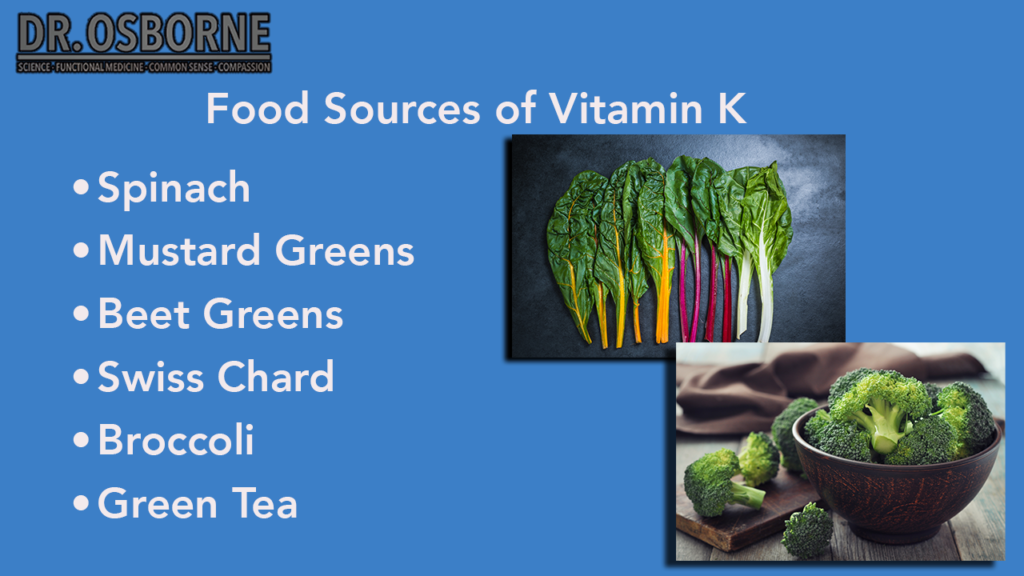 While most nutrients are going to be found in similar types of food, Vitamin K is a little different, with K1 primarily coming from plant sources, and K2 coming from animal sources. Though both forms are important, K1 has a short half-life and doesn’t store well in body tissues. Sources of Phylloquinone include dark green, leafy vegetables like kale, spinach, mustard greens, beet greens, chard, swiss chard, broccoli, asparagus, and even green tea.

K2, on the other hand, comes from cheese, eggs, and animal organ meats, like the liver. Other great sources of K2 include fermented foods like sauerkraut, soy, and Natto. While these are plant-based, fermenting the greens actually helps convert the K1 found in these items to K2. Similarly, the body will convert ingested K1 into K2 if the gut has adequate bacteria to make it happen.

How Does Vitamin K Function in the Body?

One of the most important functions of Vitamin K within the human body is blood coagulation. This is the reason newborns are given a shot of this nutrient upon birth. Without it, there is a risk of Hemorrhagic Disease, or hemorrhaging and internal bleeding when passing through the vaginal canal. An extra dose of this nutrient ensures levels are adequate and that a baby’s blood will be able to clot effectively.

However, this is not just for newborns. Adults continue to need this vitamin to clot blood and limit the risk of internal and external bleeding, as well. Apart from clotting, additional functions include: 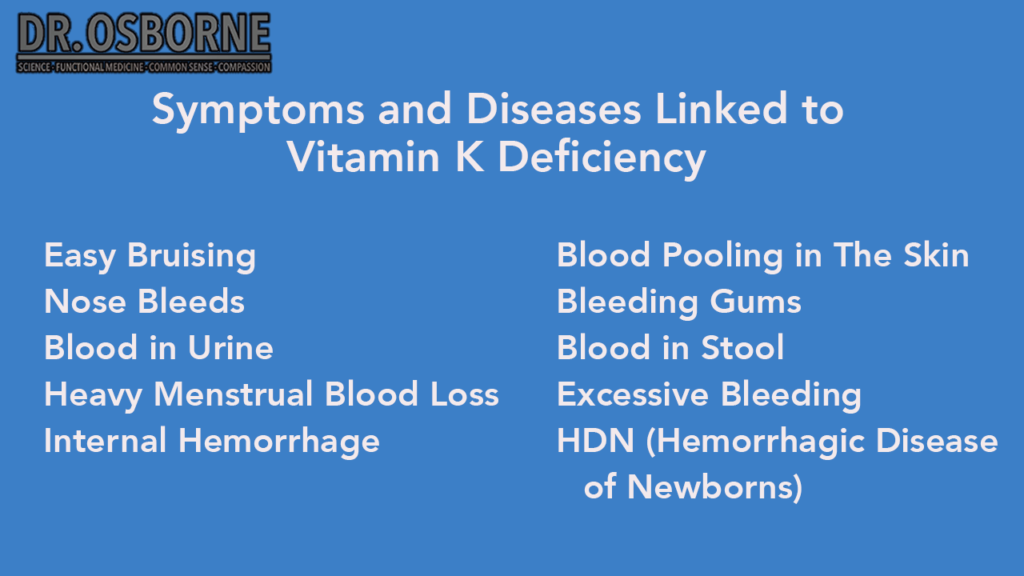 With such vital functions in the body, it seems like it would be obvious when a deficiency occurs. However, some signs aren’t necessarily visible on the outside and others can often be misdiagnosed. If suspicious of a deficiency, it’s important to check for the following signs: 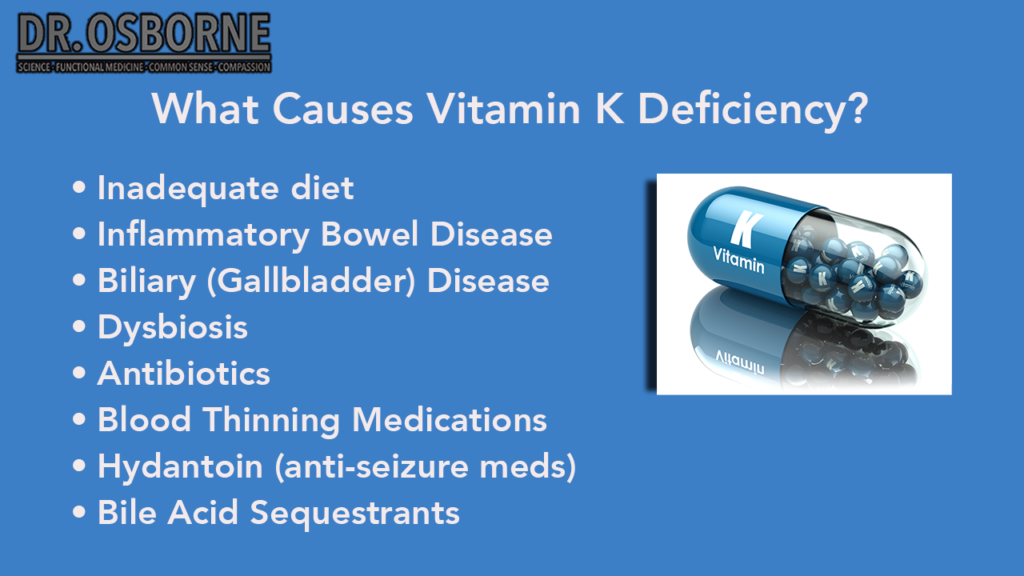 Being deficient in Vitamin K can have a serious impact on the body, so it is important to note how a deficiency is caused. One of the most common reasons for deficiency is a poor diet. This may include highly processed foods with few nutrients or animal meats that are poorly raised or fed. Additionally, consuming the fat substitute Olestra can cause the body to not absorb fat, therefore limiting the ability to take in Vitamin K.

Additionally, if a person has existing health issues like Inflammatory Bowel Disease, he or she will not be able to absorb nutrients or convert K1 to K2. Those with Liver Disease, a history of hepatitis or gallbladder and biliary problems will also not be able to have proper absorption. Lastly, those with an imbalance of bacteria in the gut, which converts K1 to K2, may experience a deficiency as well.

Unfortunately, there are also several medications that can affect the conversion or absorption of Vitamin K. These include:

Additionally, there are some supplements that can thin the blood and cause one to think that he or she has a deficiency, including fish oil, Ginkgo biloba, magnesium, and Vitamin C. 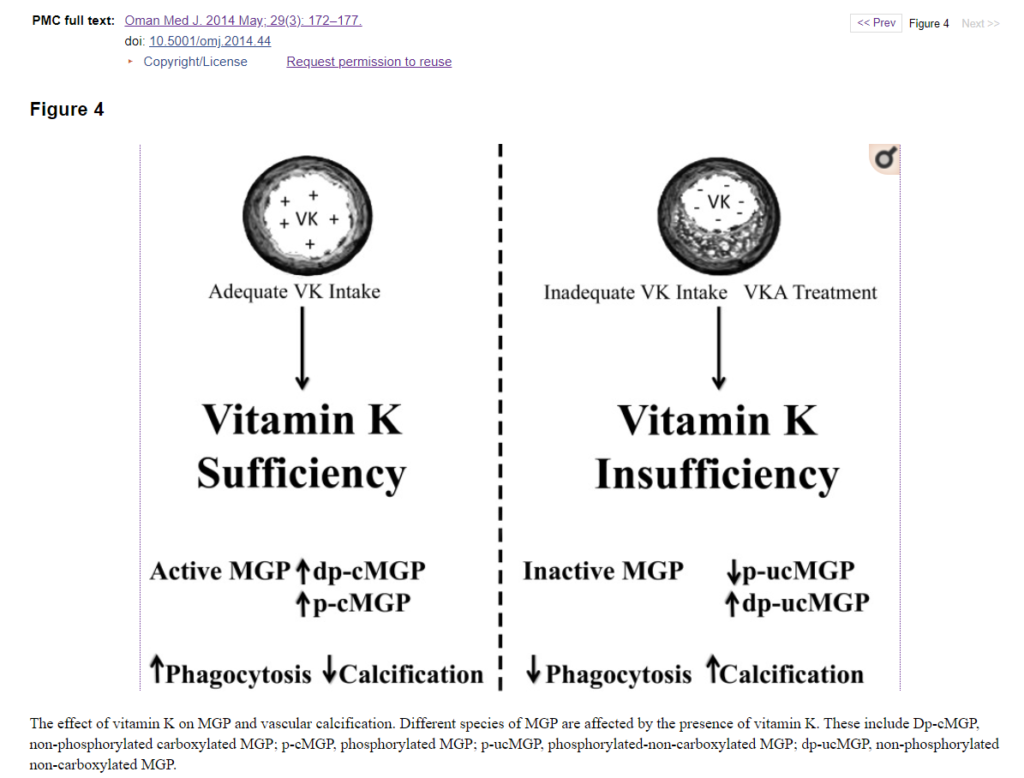 As with most nutrients, supplementing should never be the first option. Changing the diet and obtaining Vitamin K through food should be the initial step followed by a small dose of the supplement, if necessary. If one suspects a deficiency, then consider having proper testing performed.

The first test an individual can take is the PTT or Prothrombin Time. This will look at how quickly the blood clots; but as mentioned before, there are several supplements that can cause thinning of blood, so this may not be the best indicator. If a more detailed test is desired, then consider asking for a test at the intracellular level.

If you feel you may have a Vitamin K deficiency, it’s vital that you be proactive. Talk to your doctor, get the tests, and start taking steps to change your diet. Catching a deficiency early can not only improve how you feel but will have a positive, lasting impact for years to come!