While many of us may smirk at the phrase “fake news,” we are discovering more and more that there may actually be some truth to it. It’s been used extensively in regards to political conversations, but it now seems to be applicable to articles on health and nutrition. Unfortunately, creating stories, taking statements out of context, and even censorship is becoming the norm and one that is quite frightening.

With so much hype being built around the coronavirus, it’s important to keep it in perspective. Like the flu, it is a virus that really must run its course. Instead, the media is likening it to the black plaque-causing many to panic and affecting things like the economy all the way down to toilet paper shortages at the grocery store.

To combat this widespread fear, Dr. Osborne published a video encouraging individuals to take care of themselves using a variety of methods, including supplementation. Specifically, he encouraged larger, yet safe, dosages of Vitamins A, D and C to strengthen and support immune function while warding off the flu or other viral infections. 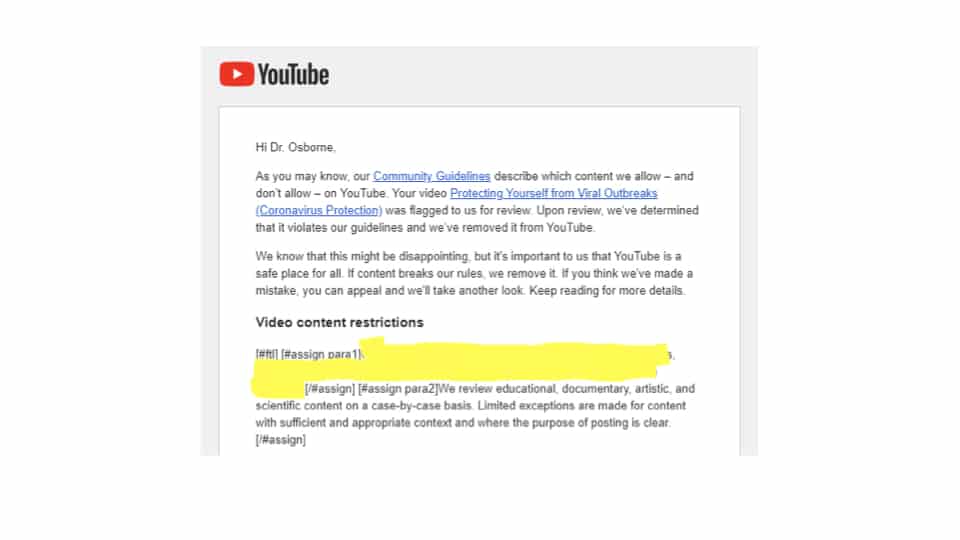 When certain news outlets like the New York Post and Business Insider caught wind of this video, they set out to combat it and ultimately disparage Dr. Osborne. They claimed that he encouraged “lethal” doses of vitamins and was spreading false information about combating viruses like coronavirus. A doctor interviewed in one of these publications even suggested that using vitamin supplementation may be more dangerous than contracting the virus itself. As if that weren’t enough, the journalist reaching out for comment let Dr. Osborne know that her senior editors were intent on a smear campaign against nutritional influencers.

Unfortunately, the censorship didn’t stop with print publications, the video was also taken down from YouTube. And, while YouTube may appear to seem fair by allowing a response to the video’s being taken down, they only accept responses that are 150 words or less, which does not create room for an adequate defense. Ultimately, these outlets never got back to Dr. Osborne and were not interested in his comments or response, just driving their own narrative. 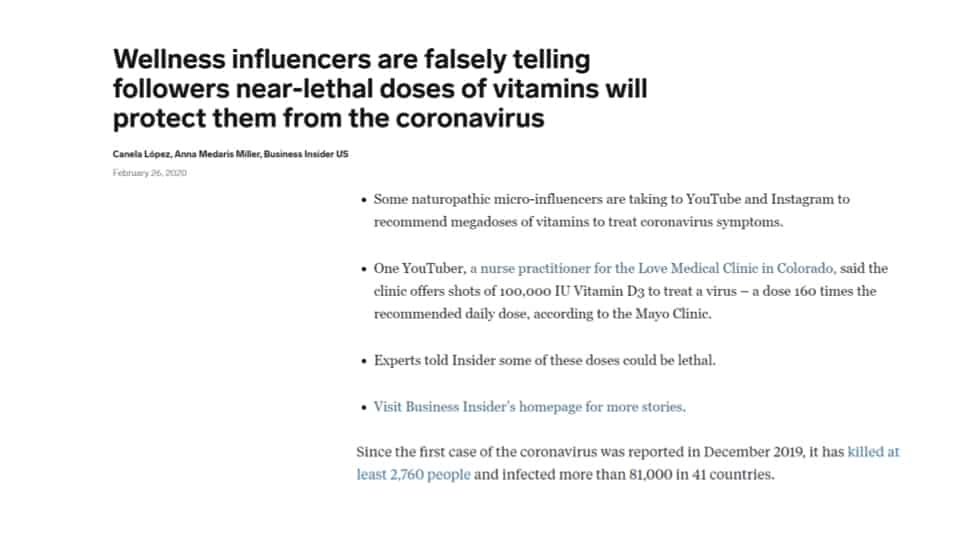 So who exactly is driving this narrative and why are some media and news outlets so intent on writing items that fit their own agenda and avoiding the facts. Unfortunately, many believe it comes down to money, specifically those from “Big Pharma,” or pharmaceutical companies causing the fake news. When watching television or reading the newspaper or magazines, it’s hard to miss all of the ads promoting pharmaceutical drugs. They’ve even infiltrated sites like YouTube, pushing commercials between viewing content.

With so much advertising comes money to these companies and a desire to keep Big Pharma happy. Therefore, it is in their best interest to eliminate anyone taking a more natural approach to medicine and this may mean through censorship or changing the facts.

What Exactly Are the Facts? 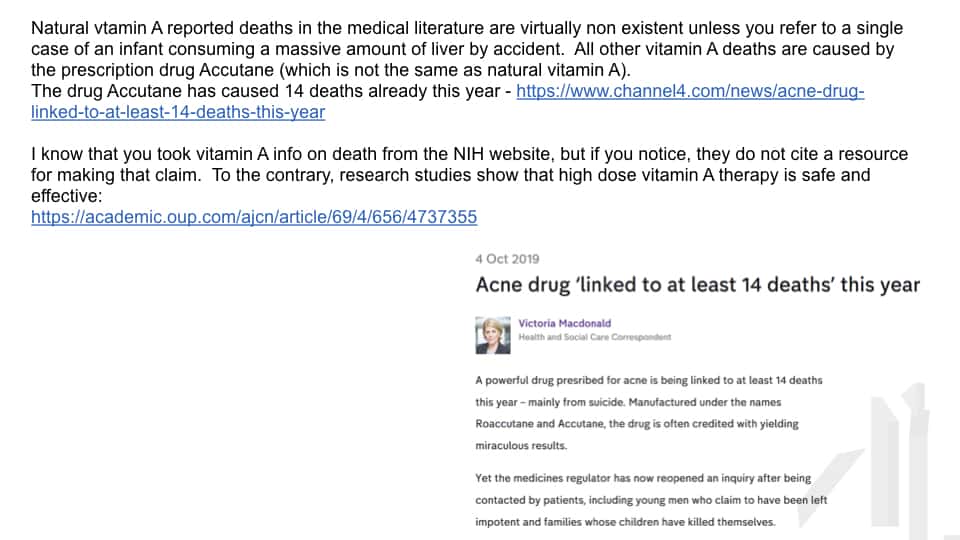 With articles being published that take Dr. Osborne’s words wildly out of context, it’s important to know what the facts truly are. In truth, death by natural Vitamin A is nearly non-existent. There has only been one death caused by a large amount of this vitamin in the last 40 years and that was by a child that found and consumed a large amount of liver patay. This child got close to one million units of Vitamin A, which would be like an average person buying and consuming eight to nine bottles of Vitamin A all at once.

What is shocking is that advertisements are vast for the synthetic version of Vitamin A called Accutane. This popular skin treatment experiences no censorship despite the fact that it has been known to kill fourteen people in a span of just ten months. If media outlets truly cared for the well-being of individuals it seems they would want to remove this content over that which discusses nutrients.

What Can You Do?

Since most of us don’t own a major media outlet, it may seem as if our hands are tied when it comes to issues of bias and censorship; however, there are steps that can be taken. Let your voice be heard. Reach out to producers and editors and let them know how you feel about their censorship and lack of upstanding journalism. Submit complaints to these companies that are openly spreading false information.

Secondly, check out sources directly and do your own research. More specifically, look at Dr. Osborn’s website glutenfreesociety.org. Sign up for his newsletter and watch his content directly from his site. Don’t just trust others to relay his information for you.

For some, this may seem trivial, but the reality is that censorship and media bias is really a hit on personal freedom. To pull up accurate stories, do your own research, and get unbiased information should be a right that every person has in this country.

To sit back and be fed an inaccurate narrative is not only a disservice to yourself, but to those who may come after you. Speak out and have your voice be heard; it may be your own health that suffers.