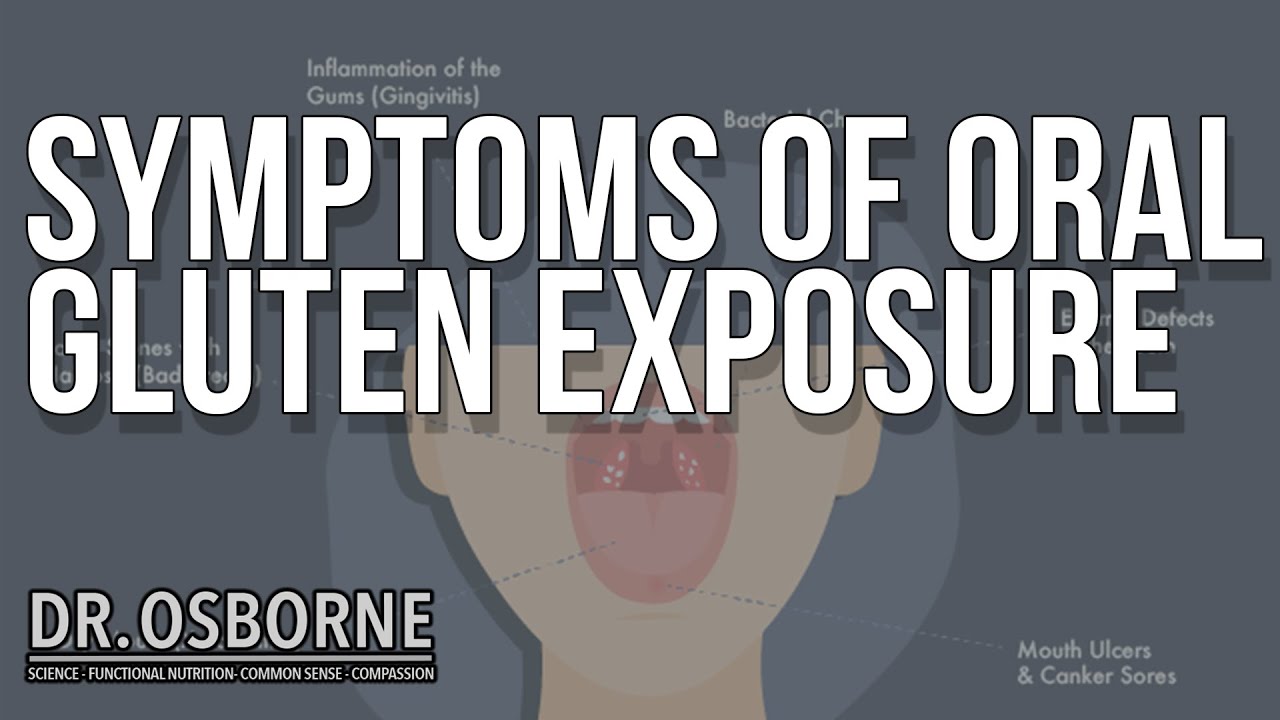 Numerous published papers have underlined how specific oral signs and symptoms can be classified as risk factor signals for celiac disease. In fact, the American Dental Associationnotes that specific oral manifestations observed in childhood may actually help to identify patients with early celiac disease before serious disease progression and harm develop. The following are common oral manifestations of gluten exposure:

In addition, studies have reported cross-reactivity of antibodies to gluten with enamel proteins, and one study even tested the ability of anti-gliadin IgG, which is produced in an untreated celiac disease patient, to recognize enamel organ structures and found high reactivity.

Bacterial changes
Changes in oral health can also be caused by, or contribute to, an imbalance of oral bacteria. One study of children and teens found a statistically significant difference in the prevalence of salivary mutans streptococci and lactobacilli colonization between those diagnosed with celiac disease and those confirmed without celiac disease.

Xerostomia (dry mouth)
Complaints of dry mouth are common in those with celiac disease. One study in Brazil studied celiac and non-celiac individuals and found that those with celiac had an increased likelihood of dental enamel defects and dry mouth sensation. It suggested that an oral examination could be an important auxiliary tool for the identification of cases of the disease.

Why “dabbling” with a gluten free diet is ineffective…and more questions answered!

Anemia and Gluten – What’s the relation?

Iron deficiency anemia is one of the most...

Vitamins, Minerals, and Your Mouth

As we know, gluten sensitivity can also cause...

Contributors to gut function and disruption

Why Your Body Needs Selenium – Benefits No One Talks About

[woocommerce_social_login_buttons return_url="https://glutenfreesociety.org/my-account"]
Change Location
To find awesome listings near you!